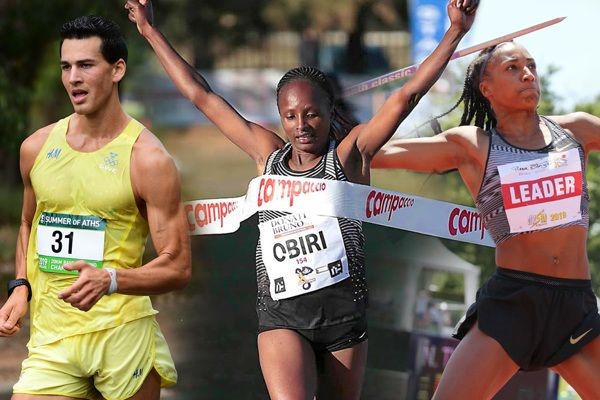 Pierce O’Callaghan has been appointed by World Athletics as head of competition management, it has been announced by the international governing body as they completed the restructuring of its calendar.

The one-day series of the world’s best cross country, combined events and race walking meetings will all move to a three-tier World Tour format from next month.

O’Callaghan has played a key role in restructuring the annual athletics calendar, working as a consultant on the Continental Tour, expand the World Athletics Indoor Tour and leading the Global Calendar Unit.

The Irishman has also worked as an international race walking referee at four World Championships and four Olympic Games.

The 45-year-old O’Callaghan was also the director of sport at the inaugural European Games in Baku in 2015.

He will be assisted by Luca Verrascina, who has joined World Athletics as competition manager after serving as a technical delegate or international technical official at several World Athletics Series events.

Verrascina was the head of competition at the 2016 World Race Walking Team Championships in Rome, the 2013 and 2017 European Under-20 Championships and the Diamond League meeting in Rome.

The development of these tours is part of a concerted effort by World Athletics to create a logical long-term global calendar of international events.

It will also ensure more top-level competition opportunities and exposure for athletes in all areas of the sport.

As with the Continental Tour and World Indoor Tour, competitions within the new tours will be given either gold, silver or bronze status.

The Cross Country Tour, which is due to get underway later this month, is expected to have stops in North America, Asia, Africa, Oceania and Europe and will incorporate many of the world’s biggest and most prestigious cross-country meetings that have been part of the Cross Country Permit series in recent years.

"One of our primary goals at World Athletics is to improve the competitive and earning opportunities for elite athletes around the world and these new tour formats are designed to do just that," World Athletics President Sebastian Coe said.

"They will also create new avenues for fans to watch our leading athletes, either in person or via broadcast or live stream."

All gold-level Cross Country Tour meetings will be shown on the World Athletics YouTube Channel, and World Athletics is working to ensure a similar level of coverage for next year’s Combined Events and Race Walking Tours.