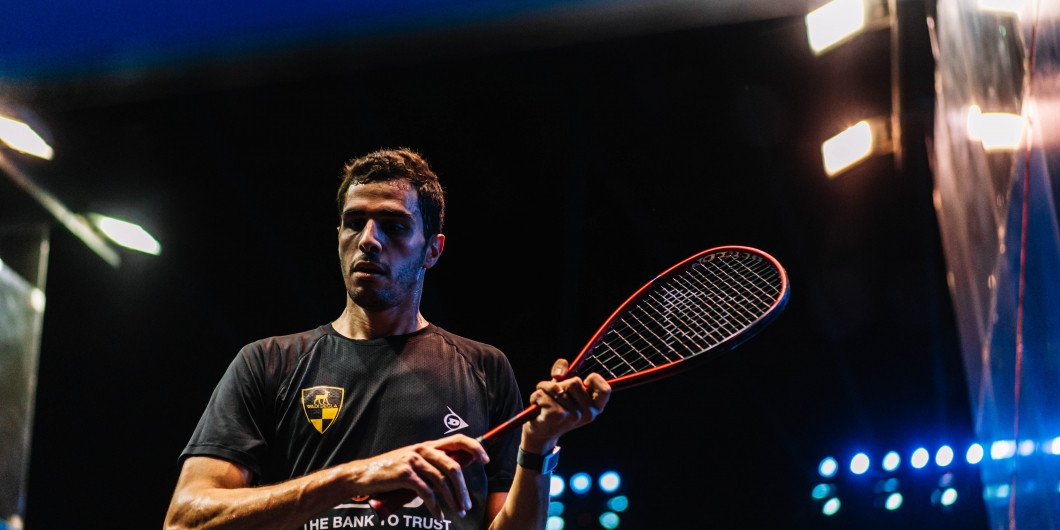 The top four seeds in the men’s and women’s competitions will contest the semi-finals of the Egyptian Open in front of the famous Giza Pyramid Complex.

In the women’s tournament, world number two Nouran Gohar got the better of her fellow Egyptian and world number five Hania El Hammamy in the quarter-finals today.

Gohar took control of the match by clinching the first two games 11-6 and 11-8, but then dropped her first game of this year’s Egyptian Open as El Hammamy’s 11-4 win put her back in contention.

However, Gohar held firm to triumph 11-6 in the fourth and earn a semi-final place.

"It’s always tough against Hania, I think that’s the toughest draw you can get in a quarter final," Gohar admitted.

"She was in the top four and was then out for a month, so the draw played a role this time.

"It’s always tough against her, we’ve played quite a lot over the last couple of months.

"It has become a bit of a habit to play against Hania.

"I’m just glad with the way I dealt with the conditions.

"It wasn’t easy out there, outdoors.

"The crowd played a huge role, I could hear them cheering for both of us and that gives us a really good push, even if you’re not in your best form and having your best day, it gives you an extra boost."

Sobhy's Egyptian opponent pulled a 9-4 deficit back to 9-9 in the first game, but the world number six held firm to win it 12-10 in blustery conditions.

This was followed by 11-3 and 11-2 victories in the subsequent games which booked Sobhy’s involvement in the final four.

The favourites also eased through in straight games in the men’s tournament.

Farag is still yet to drop a game at this tournament, and took control of the contest with 11-6 and 11-7 wins in the first two.

He was tested in the third and had to save two game balls, but triumphed 12-10 to win the match in 48 minutes.

Farag will face the man who knocked him out of the British Open in the semi-finals, after New Zealand’s world number three and fourth seed Paul Coll defeated the fifth seed Marwan ElShorbagy of Egypt.

Coll won the title in Hull last month, and he has continued his fine form at the Egyptian Open - a Professional Squash Association Platinum event.

What a rally this is between @paulcollsquash and @maelshorbagy as the level of the squash just keeps rising! ?#SquashByThePyramids pic.twitter.com/4FXvH5AV55

Coll said afterwards that he is pleased with the shape of his game and that winning the British Open "gave me a lot of confidence".

"I’ve struggled with Marwan in the past and he’s beating me in the head-to-head," Coll added.

"I was extremely happy with that performance tonight, I had a tough one a couple of days ago but I’m really happy to come through that in three against a really classy opponent.

"I’ve been working on [using the front of the court] a lot.

"My coach is one of the best in that area I think.

"In the last month we’ve done a lot of work on it, some sharp work at the front and it really paid off tonight."

The semi-finals will all be held tomorrow.