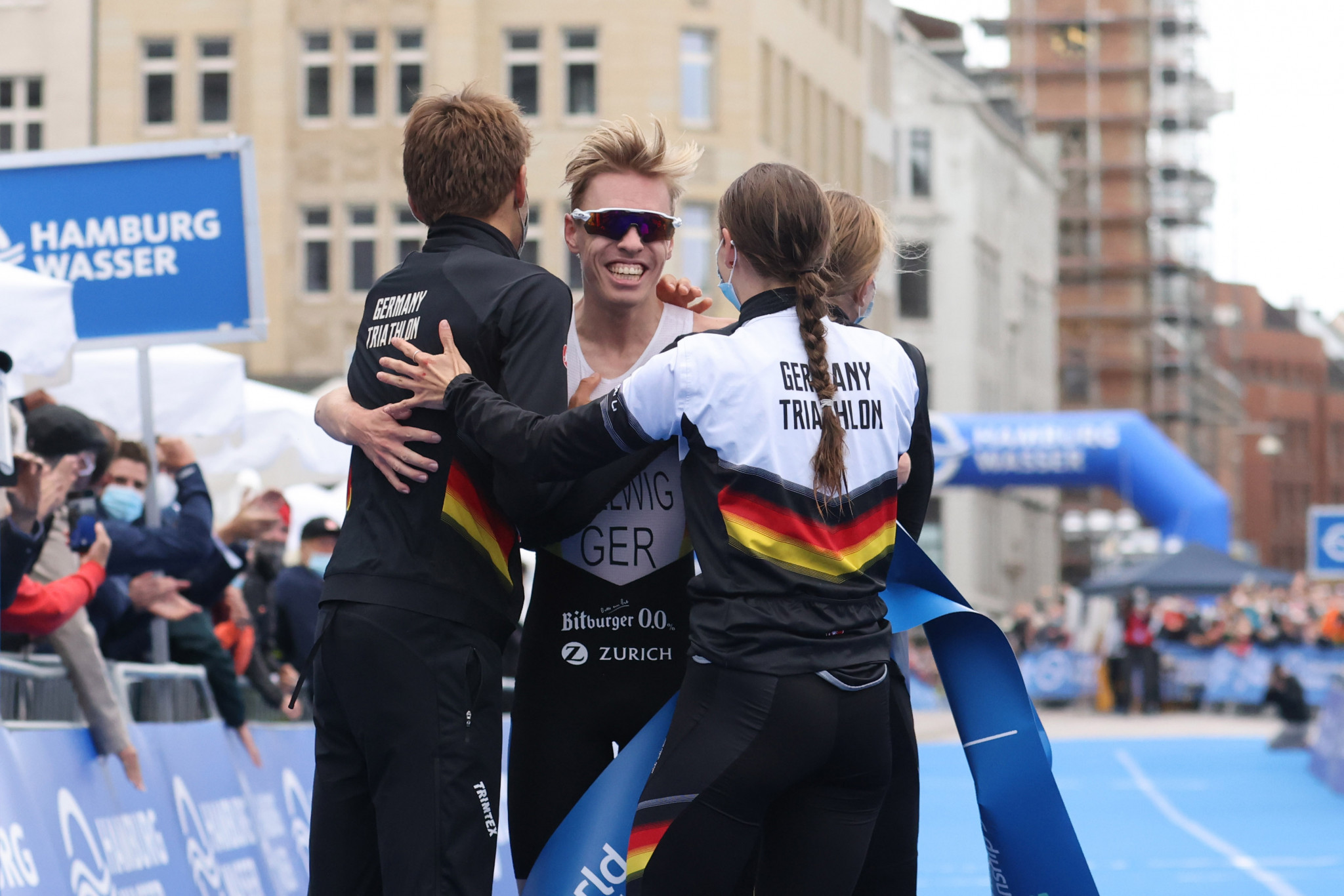 After Tim Hellwig and Laura Lindemann won the men's and women's sprint titles yesterday, Germany secured a hat-trick of titles at the 2021 World Triathlon Championship Series Hamburg after it claimed victory in the mixed team relay.

Hellwig and Lindemann played key roles in Germany's team triumph, the former overcoming a 10-second penalty for taking his bike before fastening his helmet in transition out of the opening leg swim.

Lindemann led alongside Denmark's Kjaer Pedersen after the first leg, the pair moving clear with a fast closing run.

Germany maintained their lead through the second leg thanks to Lasse Nygaard-Priester, before Hellwig produced a commanding run to secure the victory in 1 hour 29min 39sec.

"It was just a perfect race from the whole team, everyone did a great job and it was a perfect weekend," said Lindemann.

Team Germany win #TriMixedRelay GOLD in a dramatic performance in Hamburg! Italy run away with silver and Team Denmark earn the first-ever relay medal with bronze!

What a performance by Germany's Tim Hellwig to bring the win home for Germany!https://t.co/dToUk2NP1E pic.twitter.com/Va69dIllqf

Nygaard-Priester added: "The team spirit was very good and that was key," while Hellwig added: "I knew straight away that this will be a penalty, so I tried to be a bit conservative on the bike and had to go out in from the beginning of the run and I am just happy it worked out."

Italian anchor Gianluca Pozzattti said his team were pleased with their performance as he attempted to take advantage of the 10-second time penalty issued to Hellwig.

"I heard they (Germany) got a penalty so he was really strong on the run, I tried my best to hold on," Pozzatti said.

"I knew 10 seconds can be a long time and tried to stay as close as I could but just went too hard in the end.

"I am super proud of this young team and super happy to share the podium with them."

The World Triathlon Championship Series are due to continue in Abu Dhabi in October.

The inaugural World Triathlon Sprint and Relay Championships in Bermuda was cancelled due to COVID-19 restrictions, it was announced today.