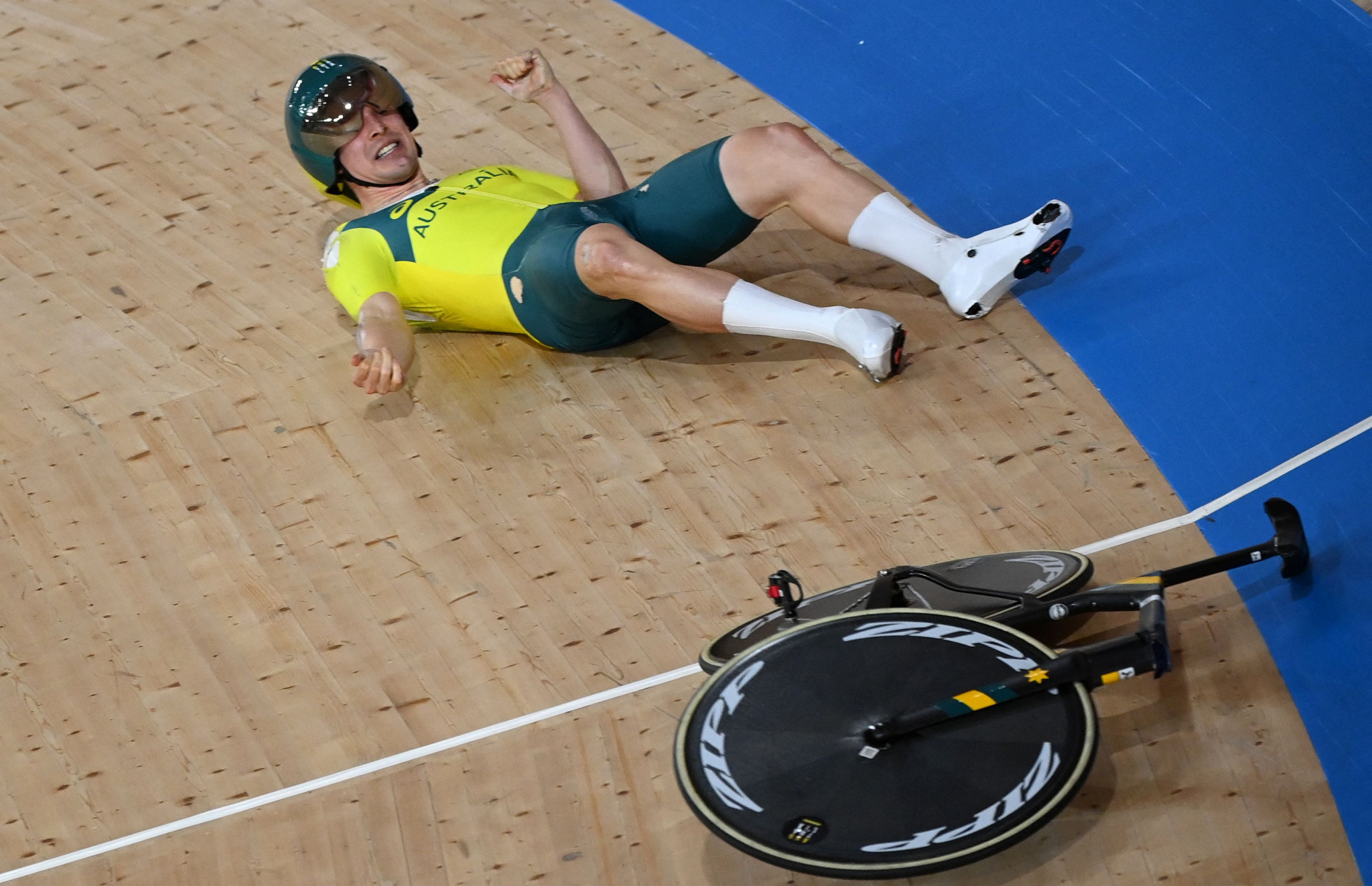 Former Hockey Australia high performance manager Toni Cumpston is to lead AusCycling's investigation into the malfunction of a pair of handlebars during the Tokyo 2020 track cycling competition.

Australian pursuit rider Alex Porter crashed after his handlebar snapped off his bike while he competed in the team pursuit at the Izu Velodrome.

Australia qualified for the semi-finals and eventually benefitted from a collision, as New Zealand fell in spectacular fashion in the bronze-medal race, with Porter watching on from the sidelines.

However, the crash affected the Australian's preparations and qualification and cost them any chance at gold, with the bronze eventually securing the country's only track cycling medal in a disappointing Olympics in the Velodrome.

AusCycling equipment supplier Bastion Cycles confirmed its handlebar caused the crash and announced it would investigate the incident.

Now, AusCycling will launch its own investigation, led by Cumpston, which includes the mandate to provide a full analysis of all the factors involved and provide recommendations on how to prevent the incident from repeating.

Cumpston was the performance manager for the Australian Institute of Sport and has worked as a coach in various Olympics and Commonwealth Games.

Cumpston will report to AusCycling chief executive Marne Fechner and will "facilitate and coordinate the investigation, ensuring all relevant stakeholders are connected and act as the key liaison point for all parties."

The investigation will be conducted by John Baker, a mechanical and aeronautical engineer with particular experience in investigating faults.

AusCycling says he "has a long and successful history of targeted investigations that identify the causes and effects of equipment failures."

"‘At the time we committed to a thorough, independent, and transparent review of what happened, and we’re now well placed to deliver on that promise," Fechner said.

"Toni and John are leaders in their respective fields and have the blessing of the AusCycling Board and leadership to find out exactly what happened and what to do to prevent it happening again."

The findings of the investigation are expected to be made public before the end of the year.