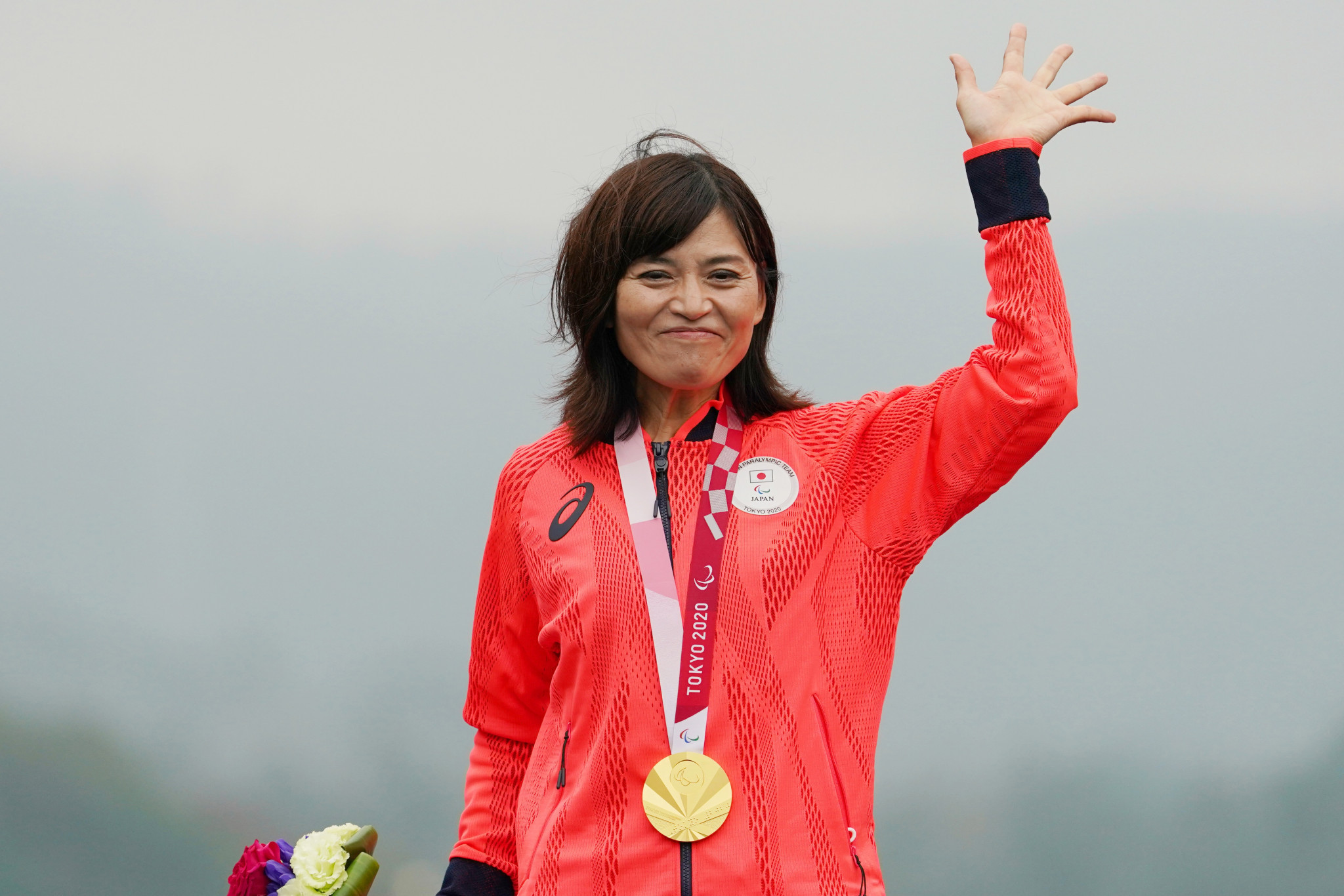 Japan’s Keiko Sugiura has admitted she has "mixed feelings" over her two Paralympic crowns at Tokyo 2020 here due to the coronavirus situation in her home country.

It has been a sensational event for Sugiura, but she admits she cannot be entirely satisfied when COVID-19 cases are continuing to rise in Tokyo.

The Paralympics are being held against the backdrop of the coronavirus pandemic and in the face of public opposition.

"I had mixed feelings," said Sugiura.

"Half the people were cheering me a lot after winning the first gold medal (women’s C1-3 time trial), but also some people were thinking about the coronavirus situation and asking, ‘should we have this race?'

"I couldn’t be completely happy with everything.

"I had to think about many other things."

#ParaCycling Amazing words from Katie-George Dunlevy and Eve McCrystal following their gold medal win in the Women’s B Road Race.

"I tried to keep the pace throughout so I could give everything in the final lap," said Sugiura on the race.

"I wanted to have the legs so when we came to the straight I would have enough and could finish faster than the others.”

"I don’t know about my age.

"My skin might be a little bit aged, but in my legs and my heart, I feel so young."

The Irish pair triumphed in a time of 2:35:53 to take the gold in the women’s B road race.

Britain’s Sophie Unwin and pilot Jenny Holt finished as the runners-up in 2:36:00.

"It’s a bit of shock, bit of relief to finish in one piece," said Dunlevy.

"Eve found it very stressful, it was really tricky out there with the wet and the corners.

"We wanted to stay upright, so it was a relief, but we’re absolutely overjoyed to win.

"Road racing is my favourite and I’ve always wanted to win a road race, so I’m just over the moon."

Vincent ter Schure and pilot Timo Fransen triumphed in the men's B road race as The Netherlands collected a one-two.

Tristan Bangma and pilot Patrick Bos picked up the silver medal but they were 5:48 down on ter Schure and Fransen, who crossed in 2:59:13.

"With two laps to go, I started to think, 'so this is going to work'," Ter Schure said.

"Before that, we kept the focus because it's wet and it's dangerous on the track.

"In the time trial we had a flat tyre and we missed the gold on six seconds so this is a good comeback.

"It's really unbelievable that the gap was so big.

"I didn't expect that so it's also a surprise for us today."

Bangma and Bos came second in 3:05:01 with time trial gold medallists Alexandre Lloveras and Corentin Ermenault of France having to settle for bronze in 3:06:14.

Daniel Abraham Gebru of The Netherlands won the bronze in 2:15:20.