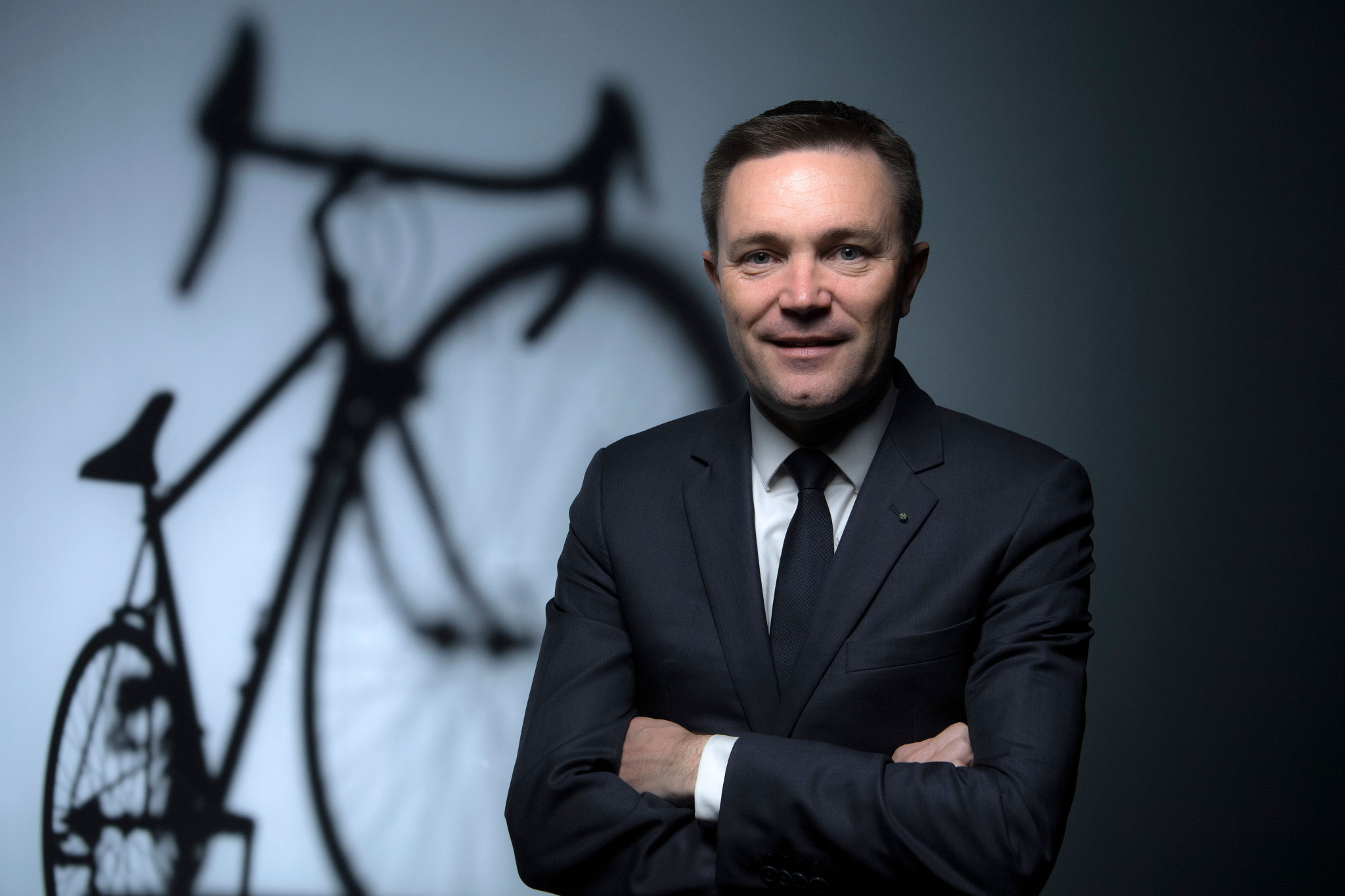 David Lappartient has been re-elected unopposed for a second term as President of the International Cycling Union (UCI) at the global governing body's Congress held in Leuven in Belgium to coincide with its Road World Championships.

The Frenchman was confirmed as the only candidate for the role in July, and was returned for a second term without a vote being held.

Since taking over from Brian Cookson in 2017, Lappartient has overseen the introduction of regulations banning the use of the drug tramadol in cycling, and introduced the UCI Track Champions League, which is set to start in Mallorca in Spain this November.

Lappartient's second term will run until 2025.

In 2016, the UCI voted at its Congress to limit a President to three terms.

In a tweet after being re-elected, the UCI President thanked the National Federations for "renewing their confidence in me for another four years."

"I look forward to working with all stakeholders in my next term as UCI President as we continue to move cycling into the future," he added.

As per Cycling News, the 48-year-old also explained his hopes for his second term as President.

"Every day when I wake up, I want to find some new ideas," Lappartient said.

Sincere thanks to our National Federations for renewing their confidence in me for another four years. I look forward to working with all stakeholders in my next term as UCI President as we continue to move cycling into the future.#Flanders2021 pic.twitter.com/Cd2iFUSYAP

"Our goal here is to enlarge cycling, to bring dreams to young riders and kids, to give the opportunity to see some wonderful events worldwide for all the disciplines across the five continents.

"This sport is not coming from nowhere.

"We have a very strong history and solid routes, more specifically on the track and road, but with the new disciplines coming in we have so many opportunities.

Their terms begin immediately and will finish after the 2025 UCI Congress.

The UCI Congress also saw four new National Federations incorporated into the organisation, with Equatorial Guinea, Solomon Islands, South Sudan and The Vatican taking its total membership up to 201.

Lappartient vowed to place UCI members at the heart of its operations over the next four years.

"This is also for the 201 National Federations," he said.

A warm welcome to the National Federations of Equatorial Guinea, Solomon Islands, South Sudan and the Vatican, affiliated to the UCI at today's Congress. The UCI now has 201 member National Federations, exceeding the goal set out in our UCI Agenda 2022. pic.twitter.com/A04befvhKL

"You are the heart of cycling, with the volunteers inside the national federations.

"It's for you that we are working.

"You saw today in the different reports what the future will be - more women in cycling and in governance, the 2023 World Championships in Glasgow, a new UCI Track Champions League, and so on."

Rwandan capital Kigali was officially confirmed as the host city for the 2025 UCI Road World Championships.

It becomes the first host city in Africa to stage the event.

The news was announced on social media by the Rwanda Cycling Federation (RCF) yesterday, but the post was subsequently deleted.