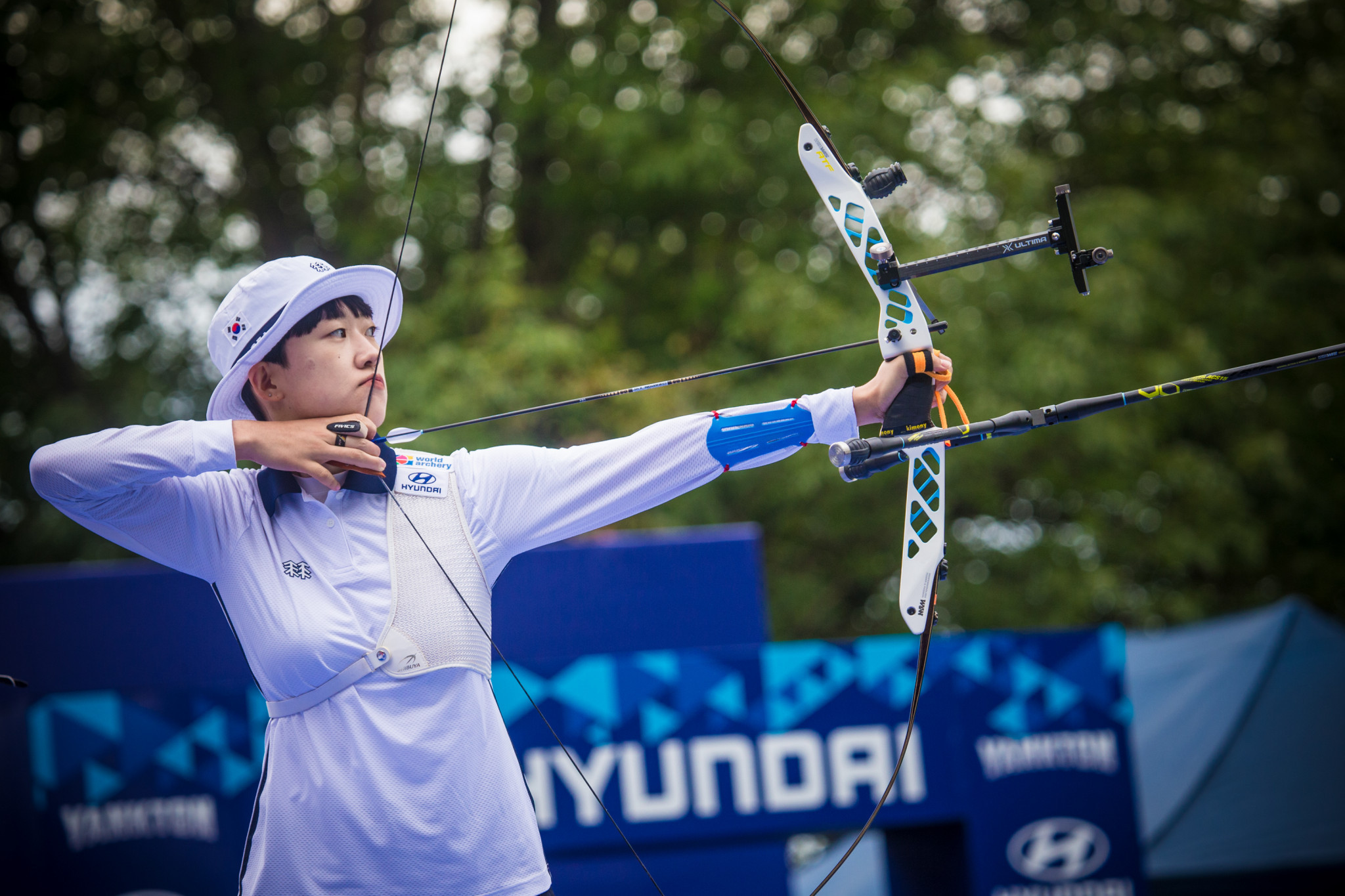 South Korea completed a clean sweep in all three recurve team finals at the World Archery Championships in Yankton in the United States.

The victory marks a return to the top of the World Championships podium for South Korea's men's team after two consecutive bronze medals.

"It’s been kind of a tough time for five years, so with my team mates we finally won first place," said Kim Woo-jin.

"I really enjoyed it."

The South Koreans landed just two of 18 arrows outside of the yellow, giving the US little chance to make headway.

The recurve women’s team final was a rematch of the gold-medal match in 2017.

The Olympic champions replicated that result as they won 6-2 over second seeds Mexico.

"In 2019, the last World Championship, we lost the gold medal," said Kang Chae-young, who was vicorious along with An San and Jang Min-hee.

"At that time, I didn’t feel very good, but now we finally won the gold medal, so we feel really happy.

"This is a beautiful year."

Individual top seeds An and Kim Woo-jin then combined to dispatch the Russian Archery Federation in the recurve mixed team final 6-0.

Following the recurve events were the compound team finals.

Colombia recovered the women's team gold medal and won a  first mixed team world title, while the US returned to the top of the men's team podium.

The mixed final saw another Colombia-India match-up where once again the South Americans, represented by Lopez and Daniel Munoz, prevailed 154-150.

The US team of Braden Gellenthien, Kris Schaff and James Lutz decimated their Mexican neighbours 226-211 in the men's gold-medal match.