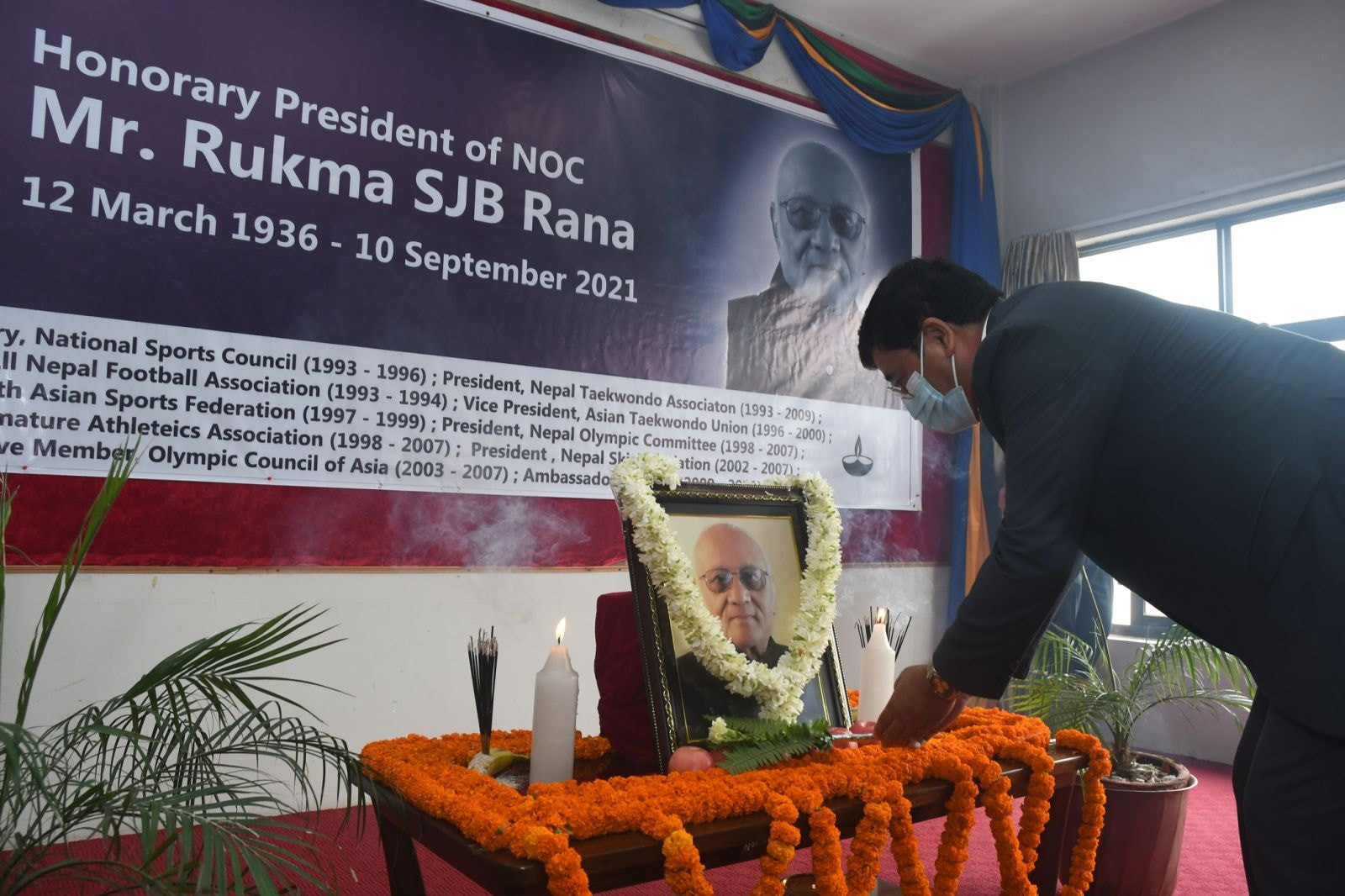 The Nepal Olympic Committee (NOC) has paid tribute to its former President and Honorary President Rukma SJB Rana, following his death earlier this month at the age of 85.

A ceremony was held for Rana, who died on September 10, starting with a minute of silence in his memory.

He had served as the President of the NOC from 1998 to 2007 and also headed the National Sports Council, Nepal Taekwondo Association (NTA), Nepal Football Association, Nepal Athletics Association and the Nepal Ski Association.

Rana served four years as a vice-president of the Asian Taekwondo Union from 1996 to 2000 and as an executive member of the Olympic Council of Asia from 2003 to 2007.

Jeevan Ram Shrestha, the President of the NOC, noted Rana's contribution to sports in Nepal and credited him for raising awareness of the Olympic Movement.

"Mr. Rana has made the biggest contribution by bringing the Nepalese Olympic to where it is now," said Shrestha.

Former Sports Minister Sarat Singh Bandari said he had been a good guardian for Nepali sports and its athletes, while the President of NTA Prakash Shamsher Rana spoke of the contribution his predecessor made to taekwondo.

NOC secretary general Nilendra Raj Shrestha added that Rana always wanted sport in the country to be free from disputes.

"If Nepalese sports moves forward unitedly, it will be a true tribute to the late Mr. Rana," said Shrestha.