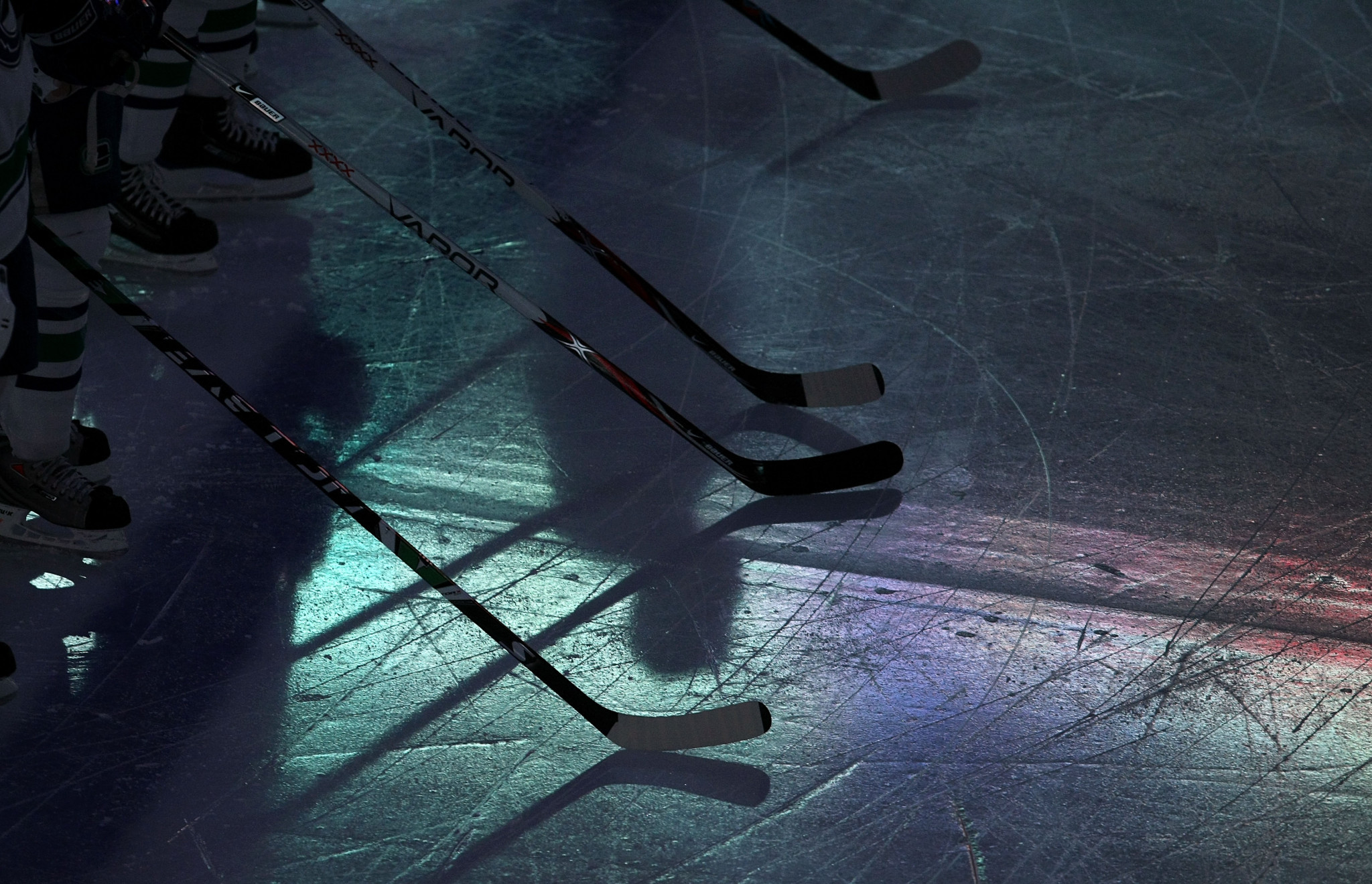 Ukrainian ice hockey player Andri Denyskin has been banned for three games for making a racist gesture towards a black opponent during a Ukrainian Hockey League (UHL) tie, which led to worldwide condemnation.

During a game for his club HC Kremenchuk, Denyskin racially abused HC Donbass Donetsk's Jalen Smereck of the United States by mimicking peeling a banana and eating it.

Monkey gestures and references to bananas have long been used to denigrate black people and are widely regarded to be racist.

UHL general manager Eugene Kolychev said a full investigation would be launched and today confirmed the details of his suspension on Twitter.

Smereck said he would take a leave of absence until Denyskin was banned, but it is unclear if he will remain on absence due to the length of the sanction.

The matter was given to the @IIHFHockey of Ukraine’s Disciplinary Committee by the #UHL in accordance with a long-standing agreement between the Federation and the Ukrainian Hockey League. (3/3)#EndRacism

The new President of the IIHF Luc Tardif, condemned the gesture made by Denyskin, calling it a "direct assault on the ideals and values of our game".

In a statement on the IIHF's Twitter account, Tardif promised an investigation would take place into the incident.

"The IIHF condemns in the strongest possible terms the actions of Andri Denyskin," said Tardif.

"There is no place for such a blatantly racist and unsportsmanlike gesture in our sport and in society.

"This a direct assault on the ideals and values of our game, and we will ensure that all necessary ethics violation investigations occur to ensure that this behaviour is sanctioned appropriately."

In response to their player being attacked by the Ukrainian, Donbass released a statement also criticising the player.

"Donbass Hockey Club strongly denies all forms of discrimination and is outraged by the behaviour of Andrei Denyskin," it read.

"Racism has no place on sports grounds or outside of them."

Statement of IIHF President Luc Tardif: The IIHF condemns in the strongest possible terms the actions of Andri Denyskin. There is no place for such a blatantly racist and unsportsmanlike gesture in our sport and in society. 1/2

"I want to express my public apology to Jalen Smereck," said Denyskin.

"During the match Kremenchuk - Donbass, I, being in negative emotions, showed a gesture that someone can consider as an insult in race.

"I respect all people regardless of their race or nationality.

"Emotions in hockey, unfortunately, are different."

Smereck joined the UHL this year and is playing outside the United States in club ice hockey for the first time after spending five years on an entry-level contract with the National Hockey League side Arizona Coyotes.

HC Kremenchuk do not seem to have addressed the situation yet.

On returning from the Tokyo 2020 Olympics last month, wrestling gold medallist Zhan Beleniuk said on social media that he was racially abused in the street on his return.

The Member of the Ukrainian Parliament - who was born in Kyiv to a Ukrainian mother and Rwandan father - said he was confronted by youths in the Pechersk district of the Ukrainian capital, being called "black monkey" and told to "go to Africa".