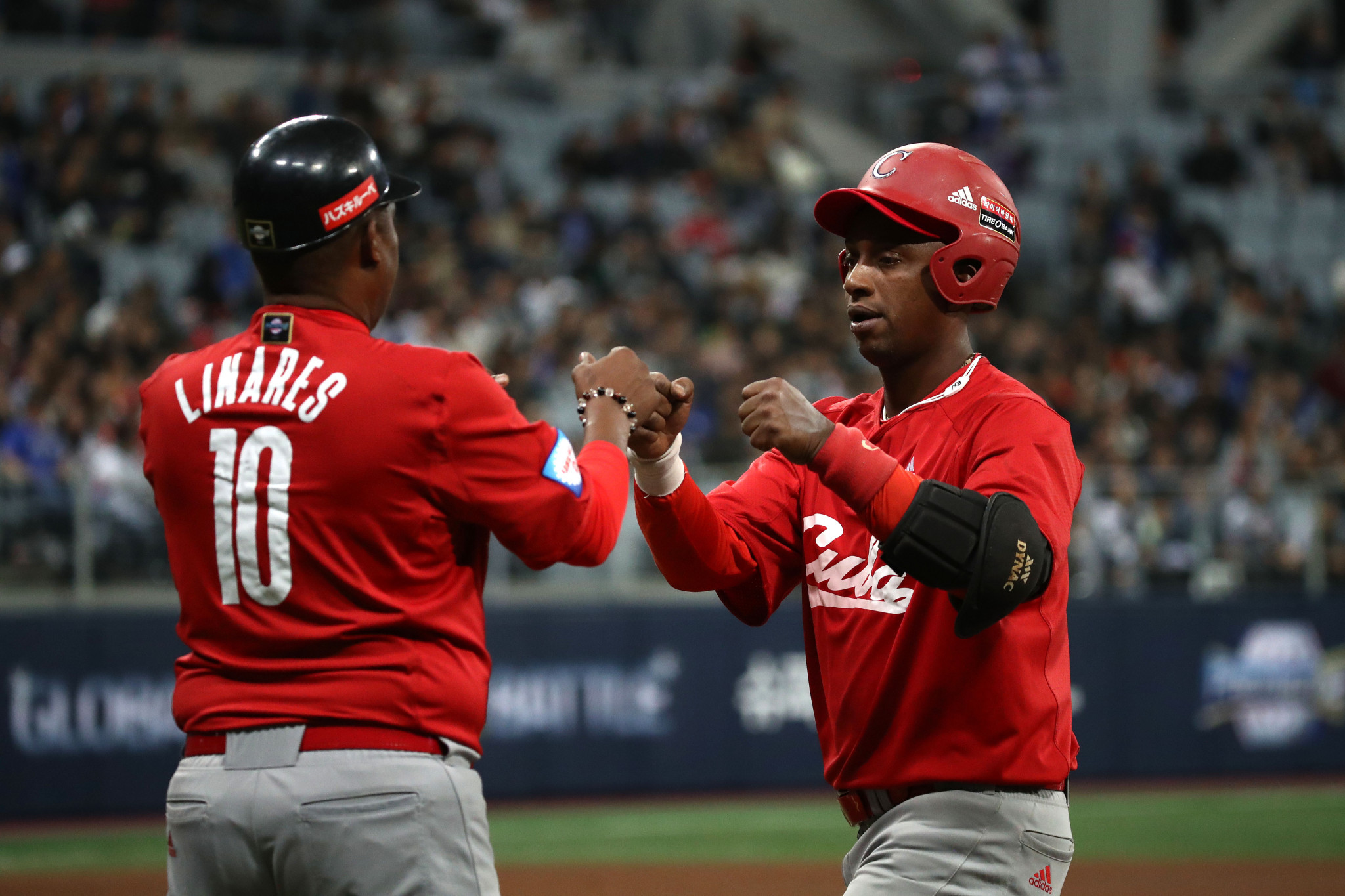 Cuba and Chinese Taipei secured the final two super round spots at the World Baseball Softball Confederation Under-23 Baseball World Cup in Mexico after the former defeated the Dominican Republic to close out Group A.

The match, delayed due to weather issues, featured four Cuba runs at the top of the second innings when five straight batters reached base safely against Dominican pitcher Cristian Solano to put the game to bed.

One of those runs was scored by right fielder Loidel Chapelli, who said after the victory: "We worked hard to qualify.

"We are really excited now.

"I came here ready to play.

"When I stepped to bat in the second, I knew it was a crucial at-bat.

"Thank God I got that line drive.

"We will do our best to go home with a medal."

With Cuba's victory, Chinese Taipei also secured their place in the super round, following wins over the Dominican Republic, the Czech Republic and Germany.

They have the best pitching record of any team in the competition with a 1.06 earned run average, while Cuba led Chinese Taipei in strikeouts, 45 and 43 respectively.

Defending champions and hosts Mexico topped Group A and Venezuela topped Group B, with Colombia and Panama also securing their place in the super round.

Super round matches commence tomorrow and run until Saturday (October 2), with the gold-medal match scheduled to take place the following day.