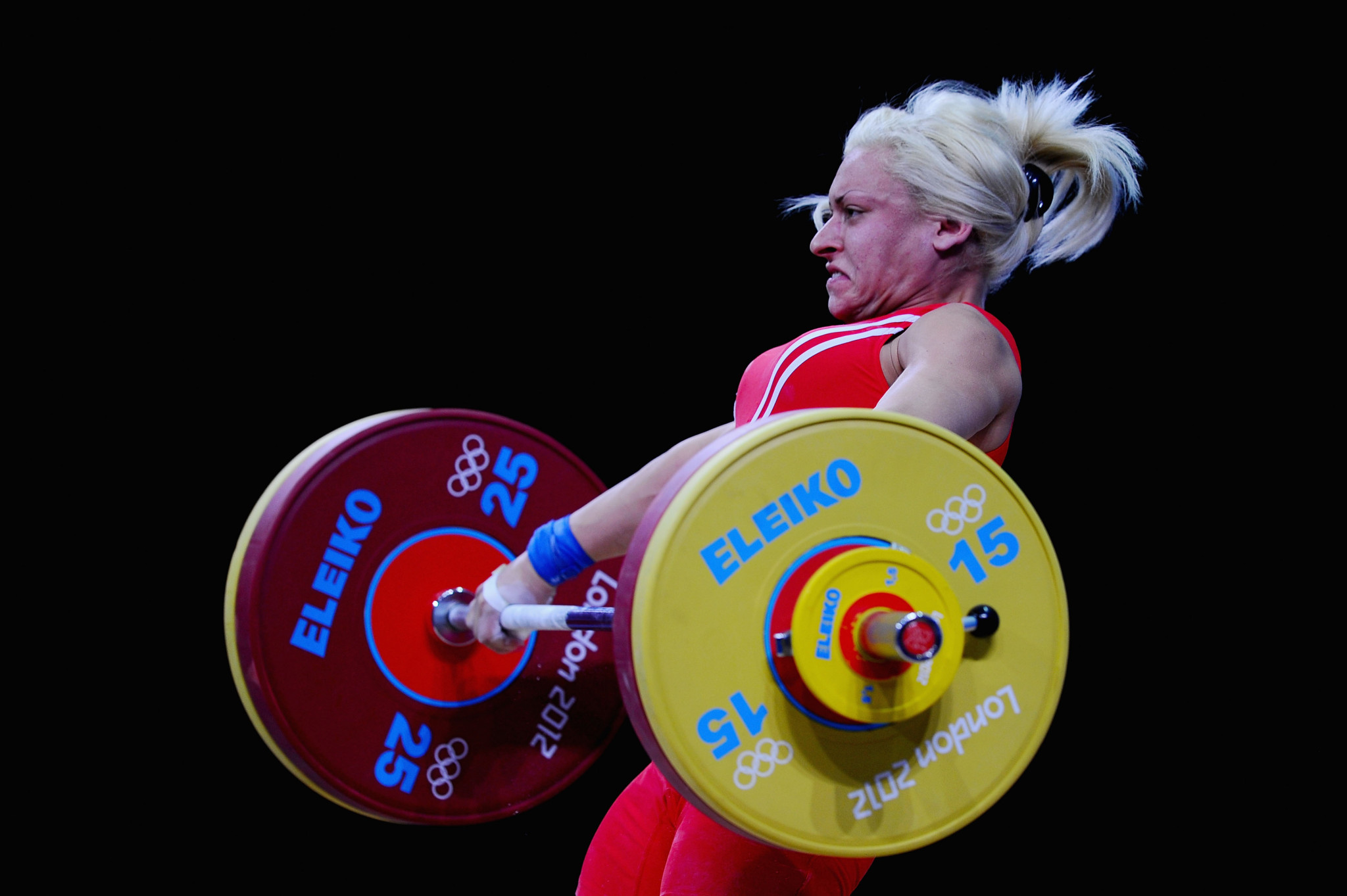 Boyanka Kostova has been banned from weightlifting for eight years after confirmation of a doping violation at the European Championships in Moscow this year.

Kostova will forfeit the gold medal she won in the women’s 59 kilograms category, which will go to the 25-year-old Russian Olga Te, with another Russian, Aleksandra Kozlova, moving up to bronze-medal position.

It was a second offence for Kostova.

She was disqualified from the London 2012 Olympic Games, where she finished fifth, after testing positive for stanozolol, the same substance that was detected in her sample from Moscow.

The suspension, imposed by the International Testing Agency (ITA), which carries out all anti-doping procedures for the International Weightlifting Federation (IWF), ends on Kostova’s 36th birthday in May 2029.

Kostova was a Youth Olympic Games champion for her native Bulgaria in 2010, before she switched nationality to Azerbaijan along with her fellow Bulgarian Valentin Hristov.

The Azerbaijan Weightlifting Federation, which was accused of doping-related corruption in in a German TV documentary last year, paid $528,000 (£417,000/€465,000) to "transfer" the two Bulgarians when they were teenagers.

Kostova won gold in the old 58kg category at the 2015 IWF World Championships - before her London doping positive was revealed when stored samples were re-analysed in 2016.

Hristov, 27, has been suspended three times for doping violations since 2013.

He was also caught in the London 2012 retests and, after becoming Azerbaijan’s first Olympic weightlifting medallist with a 56kg bronze, was disqualified.

Between them Kostova and Hristov have now been suspended for a total of 22 years for doping violations, all involving steroids, while competing for Azerbaijan, which has one of the worst doping records in weightlifting.

The ITA mentioned "a fishy transfer market for athlete nationality" in June in its report into doping and misconduct in weightlifting over a 10-year period.

The transfer market was, it said, among matters that should be "referred to the appropriate authorities for further investigation".

Kostova’s eight-year ban is the fourth lengthy suspension imposed recently by the ITA.

A Moldovan doctor who was caught up in the same German TV exposé has been banned for life, as has the former coach of the women’s team in Thailand, another nation that featured in the programme.

The Russian former world champion Khadzhimurat Akkaev has been suspended for 16 years for a fourth career doping violation.

The doctor, Dorin Balmus, arranged for doppelgangers to give samples to testers before the 2015 IWF World Championships so that athletes who were doping at the time would avoid detection, the ITA found.

The Thailand coach, Liu Ning, was in charge when 10 members of the national team tested positive at the 2018 IWF World Championships.

He is said to have provided athletes with steroids via a gel.

The Thai Amateur Weightlifting Association (TAWA) tried to distance itself from Liu, originally from China, and put all the blame on him but the Court of Arbitration for Sport (CAS) ruled that the explanation was "barely credible".

Akkaev’s latest two doping charges suggest that he competed while suspended at some level, though no details are given.

His last official result was 10 years ago, when he memorably beat his Russian team mate Dmitry Klokov in Paris to win the 105kg world title.

Akkaev, 36, was suspended for two years in 2005, and tested positive for steroids at the Beijing 2008 Olympic Games, forfeiting his 94kg bronze medal.

A sample given at London 2012 also came up positive, despite Akkaev and Klokov both withdrawing at the last moment from the 105kg, citing injury.

His latest suspension runs from January this year until 2035, by which time he will be 49.