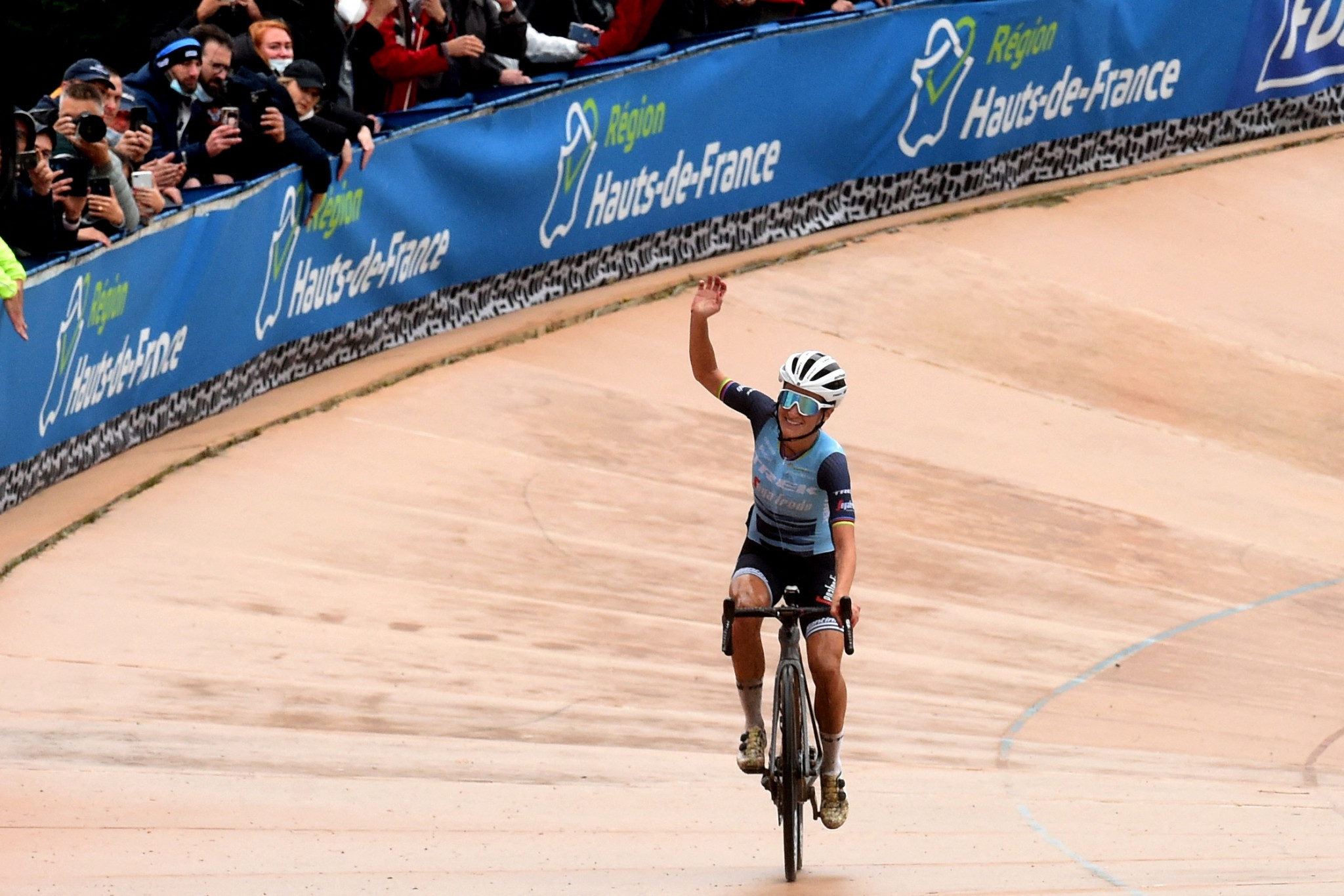 Lizzie Deignan of Britain made history by becoming the first cyclist to win the women’s Paris-Roubaix race.

The Trek-Segafredo rider completed the 116-kilometre course in 2 hours 56min 7sec as she celebrated a memorable victory in the velodrome in Roubaix.

After attacking with 82.5km remaining, Diegnan looked to pull clear of the chasing pack before Dutch star Marianne Vos of Team Jumbo-Visma tried to close the gap.

But Deignan responded to clinch the title, finishing 1:17 ahead of Vos in a reserve of the London 2012 road race.

Italy’s Elisa Longo Borghini of Trek-Segafredo was 1:47 further back in third after edging out Germany’s Lisa Brennauer of Ceratizit-WNT Pro Cycling.

A podium to remember.

"I can’t believe it happened.

"Women’s cycling is at this turning point, and you saw it today, this is part of history.

"I am proud to be part of a team that also makes history.

"We are so grateful to everybody behind the scenes, all the viewers watching, because every fan who’s watching this is also making history.

"It is proving that there is an appetite for women’s cycling and that the athletes here can do one of the hardest races in the world, and I am so proud that I can say that I am the first-ever winner."