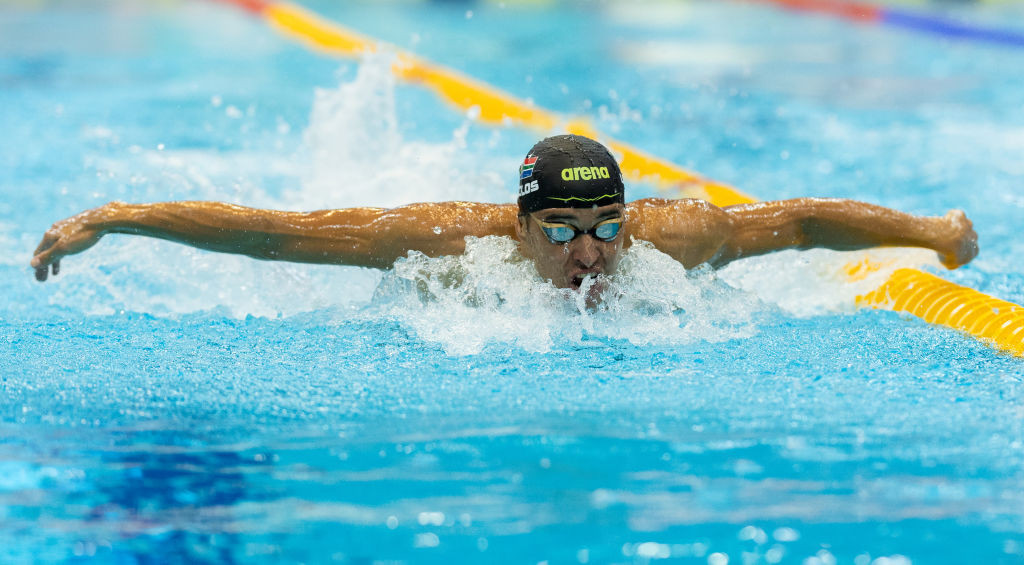 South African Chad Le Clos pulled further clear on the list of all-time Swimming World Cup victories as Kyle Chalmers recorded his second win in as many days in Berlin.

Hubert Kos of Hungary did enough for third after clocking a time of 1:53.97.

Morozov sits second on the all-time list with 122 victories, 24 short of the South African star.

Chalmers, who ended Morozov's four-year winning streak in the 50m freestyle yesterday, took victory over 100m, his first success in the distance at a World Cup for nine years.

The Australian, the 100m freestyle champion at the 2016 Olympic Games in Rio de Janeiro, claimed gold in 45.73.

Jesse Puts of The Netherlands was 0.79 adrift in second, while third place went to Blake Pieroni of the United States in 46.74.

Hungary's Zsuzsanna Jakabos ended her 10-year wait for a World Cup win in the individual medley in style, finishing more than three seconds clear of the rest of the field in 4min 31.15sec.

Israel's Anastasia Gorbenko was a distant silver medallist as she clocked 4:34.74, with Kristyna Horska of the Czech Republic clinching third in 4:35.47.