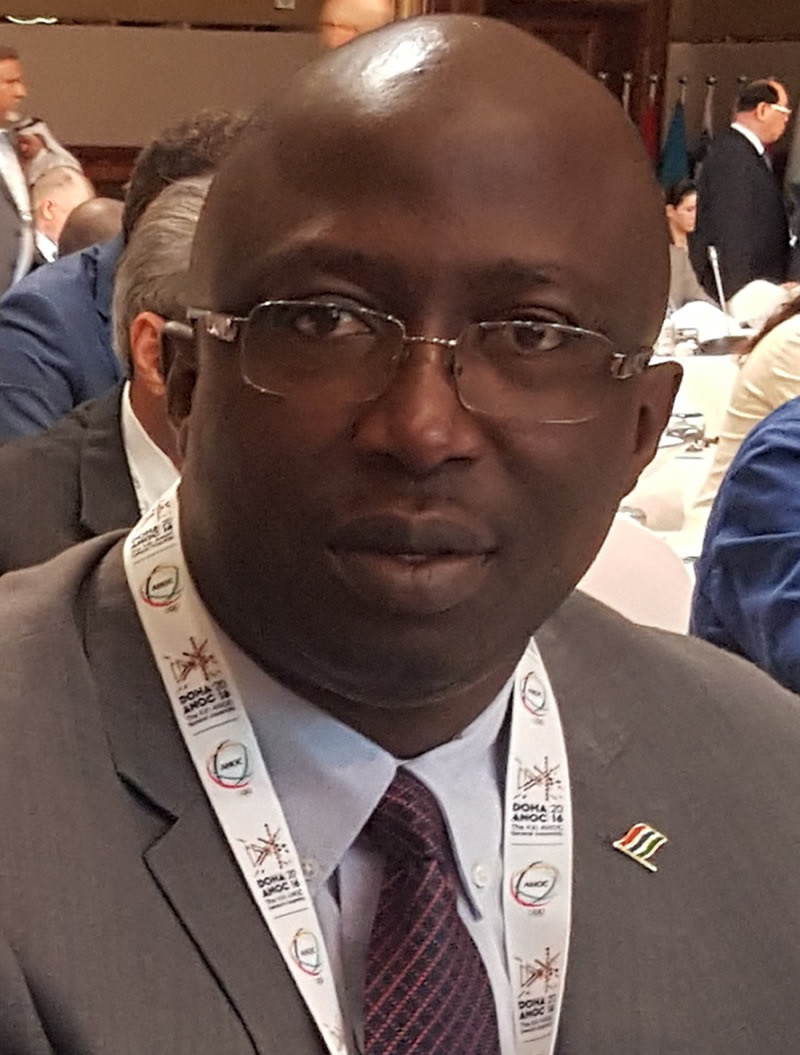 Gambia National Olympic Committee (GNOC) secretary general Abdoulie Jallow has refuted "baseless" allegations that he is continuing to interfere in the country’s basketball association’s affairs - despite his resignation two years ago.

Jallow stepped down as secretary general of the Gambia Basketball Association (GBA) along with the rest of the Muhammadou Papa Njie-led Executive Board in 2019.

But Gheran Senghore, who replaced Njie as GBA President, claims Jallow is withholding the association’s bank account, making it difficult for the organisation to access funds to allow athletes to compete internationally.

"Since November 2019 to date, the Gambia Basketball Association does not have access to its bank account with Trust Bank Gambia Limited, which was the only document given to us," said Senghore in a report by The Point.

"It has funds, but we were only given a cheque book without signatures to the account being transferred to us."

According to Senghore, Jallow is the only member of the former Executive Board that has not tendered their account signatories.

Senghore also accused Jallow of continuing to hold international positions under the name of the GBA and claimed he was "singlehandedly engaged in actions that did not reflect the code of conduct of GNOC".

"Shortly after we came into office in January 2020, we walked into the GNOC asking them to make our election and new executive known to the International Basketball Federation (FIBA)," said Senghore.

"That letter never left the office of Mr Jallow.

"We made many follow ups with FIBA until May-June 2020 when we got a letter from FIBA Africa telling us that the current executive of the GBA is not recognised by FIBA Africa.

"We immediately responded by sending a letter to the Ministry of Youth and Sports, National Sports Council (NSC) and Gambia National Olympic Committee disputing the letter from FIBA Africa."

Speaking to The Point, Jallow has hit back at Senghore’s comments, insisting "all the allegations and claims meted against me are not just baseless but false".

"I want to make it clear once and for all that the misperception of our resignation is false," said Jallow.

"It is false that we resigned and then the NSC organised an AGM (Annual General Meeting) for GBA.

"We resigned because the NSC wrote to us saying that they are taking over.

"By virtue of the sports council organising a congress in the eyes of the international community is illegal and therefore, this is the reason why the International Basketball Federation is not recognising the new executive of the GBA.

"This is not because Abdoulie Jallow has friends at FIBA or is part of FIBA."

Jallow was also mystified why the GBA could not access funds after claiming to have handed over all financial documents to the NSC, including an expense statement that shows a balance of GMD59,000 (£825/$1,135/€978).

"With regard to the bank account, we resigned and as a result we cannot sign anything under the name of the GBA," said Jallow.

"We did write to the bank and informed them that we are no longer signatories since 2020, together with former treasurer Yassin Joof-Jaw."

Jallow insisted he was not withholding information from the GBA and claimed the reason why the new Executive Board was not allowed at GNOC AGMs was because they had not been recognised by the FIBA and FIBA Africa.

"I am not going to hide that I sent documents to FIBA," added Jallow.

"I sent them documents because there was something wrong that was happening.

"We resigned because of the wrong things that were happening.

"So because we are affiliated to FIBA, we wrote to them informing them about the issue that is happening with basketball.

"I’m part of FIBA in a sense I was co-opted in by the executive of the zone, not because I am representing GBA, but because of the capacity I have.

"This is why I was selected to be an adviser to the President."