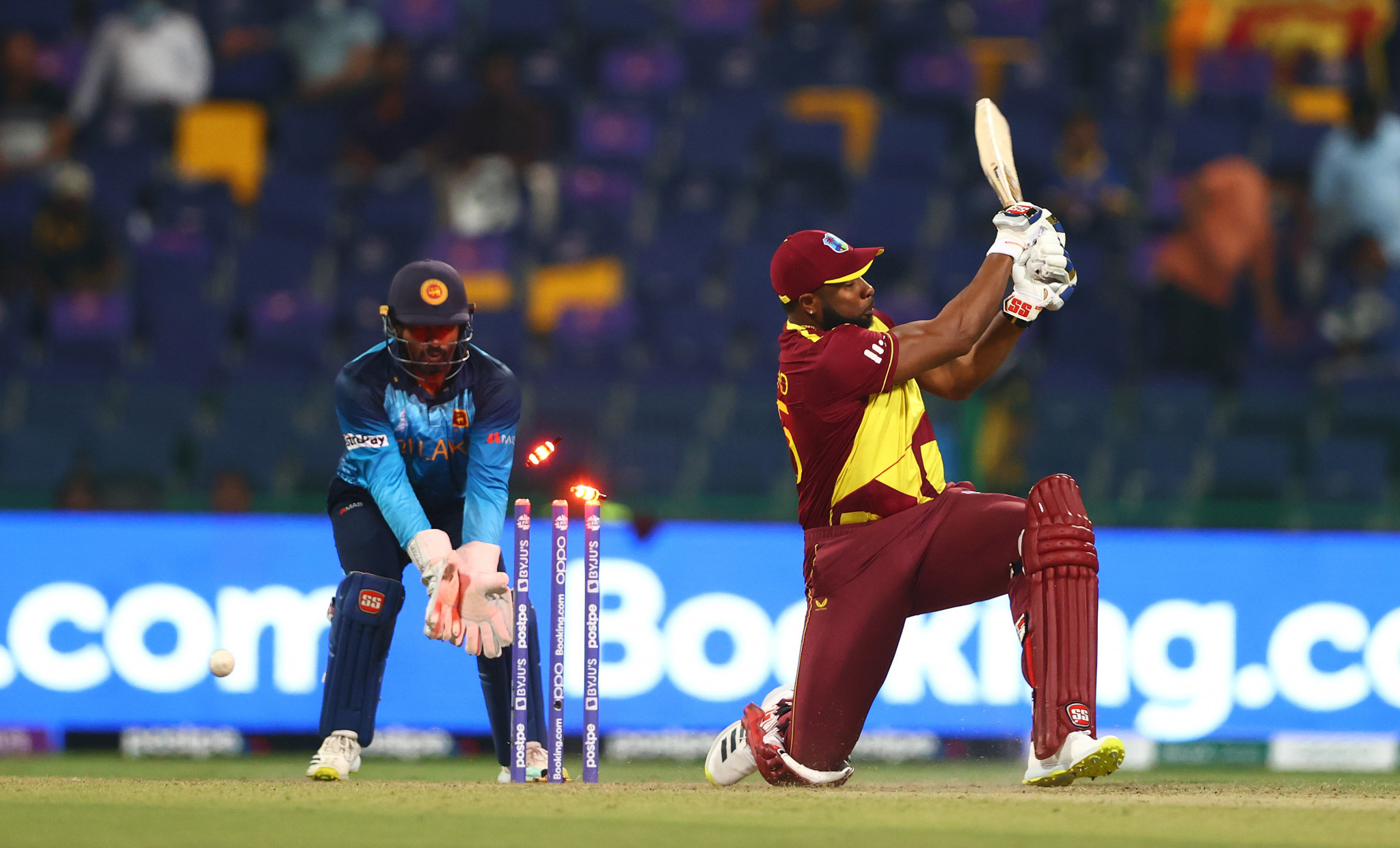 Defending champions West Indies have been eliminated from the International Cricket Council Men's Twenty20 (T20) World Cup after a dismal 20-run defeat at the hands of Sri Lanka in Abu Dhabi.

Chasing 190 to win, West Indies finished on 169-8, with Shimron Hetmyer topping the scoring charts with 81 not out at the Sheik Zayed Cricket Stadium in the United Arab Emirates.

Aside from Hetmyer's total and Nicholas Pooran's 46 runs, the West Indies capitulated at the crease.

The other eight were unable to hit double figures.

In the first innings, Sri Lanka had made 189-3 with Charith Asalanka top-scoring with 68, while 10-over partner Pathum Nissanka hit 51 to mark his third career T20 half-century.

Nissanka's third half-century of the tournament was well built and allowed Asalanka, who is naturally more attacking, to drive through the covers and down the ground.

Their partnership, which was 91 off 61 balls, gave Sri Lanka a platform and Dasun Shanaka capitalised with his 14-ball 25 as they powered their way to the joint third-highest score of this World Cup.

"Our youngsters have been working hard to get a win and I am really happy.

"I knew Nissanka and Asalanka have had potential for a long time and they've worked hard to get here.

"They have got a long career ahead of them and they'll have a special place in any team."

Sri Lanka had already been knocked out of the tournament prior to the match.

The result leaves England, Australia and South Africa fighting to progress from Group 1 in the Super 12.

Earlier in the day, Australia boosted their hopes of progressing to the knockout round with an eight-wicket mauling of already-eliminated Bangladesh at the Dubai International Cricket Stadium.

Bangladesh were bowled out for just 73 and Australia chased the target in 6.2 overs to significantly improve their net run-rate and climb above South Africa into second place in Group 1.

Adam Zampa starred as he took a career-best 5-19, making him the joint leading wicket-taker with 10.

Aaron Finch made 40 and David Warner 18 before Mitchell Marsh pulled for six to win the game with 82 balls to spare.