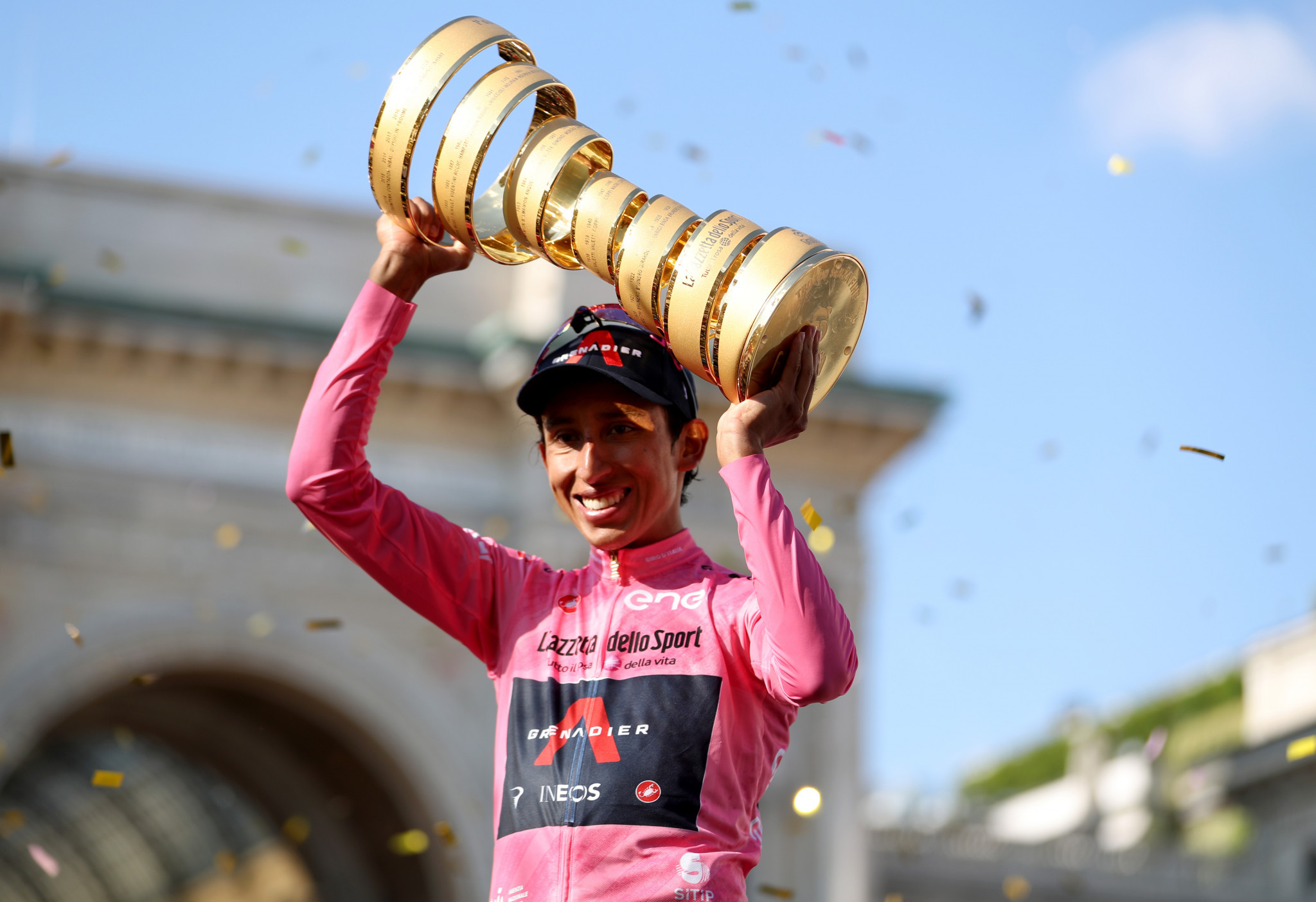 Colombia’s Egan Bernal is among the star names poised to ride at the inaugural Giro d’Italia Criterium in Dubai, with riders set to compete in a short-format event.

The event has been arranged by Giro d’Italia organisers RCS Sport in collaboration with madeinItaly.gov.it, Dubai Sports Council and Expo 2020 Dubai.

The criterium is being held as part of Expo 2020 Dubai, the first edition of the event to take place in the Middle East, Africa and South Asia region.

A "Made in Italy" campaign is featured at the Expo, which seeks to showcase Italian excellence.

Organisers say the criterium circuit will form in the shape of the Giro d’Italia’s "Amore Infinito" infinity symbol.

The race will take place near the Expo 2020’s Italian Pavilion, which is promoting products and experiences, where the Giro d’Italia trophy will be on display.

Riders are set to meet fans at the pavilion today, with racing taking place tomorrow.

Reigning Giro d’Italia champion Bernal will start tomorrow’s race as one of the favourites.

The Colombian star will be joined by three-time world champion Peter Sagan of Slovakia, who competed at the Giro d’Italia for the first time in his career earlier this year.

Ganna has enjoyed another successful year, winning the first and final stages of this year’s Giro d’Italia.

He secured Olympic gold on the track as part of Italy’s team pursuit team, before winning the event at last month’s World Championships.

"The Giro d’Italia is a true expression of the sense we want to give to Expo: Connecting people, connecting minds and connecting countries," said Paolo Glisenti, Commissioner for Italy’s Participation in Expo 2020 Dubai.

"Giro d’Italia puts together the beauty of our country, its landscapes, cities and villages and cycling as a factual prove of our tendency to explore, to travel, to know new territories.

"That’s the perfect spirit of Italy’s participation in Expo Dubai."

Organisers of the Giro d’Italia are currently publicising the route for next year’s Grand Tour, with Budapest confirmed as the host of the opening three stages this week.

Sprint stages are set to be released on Monday (November 8), with hilly stages outlined the following day.