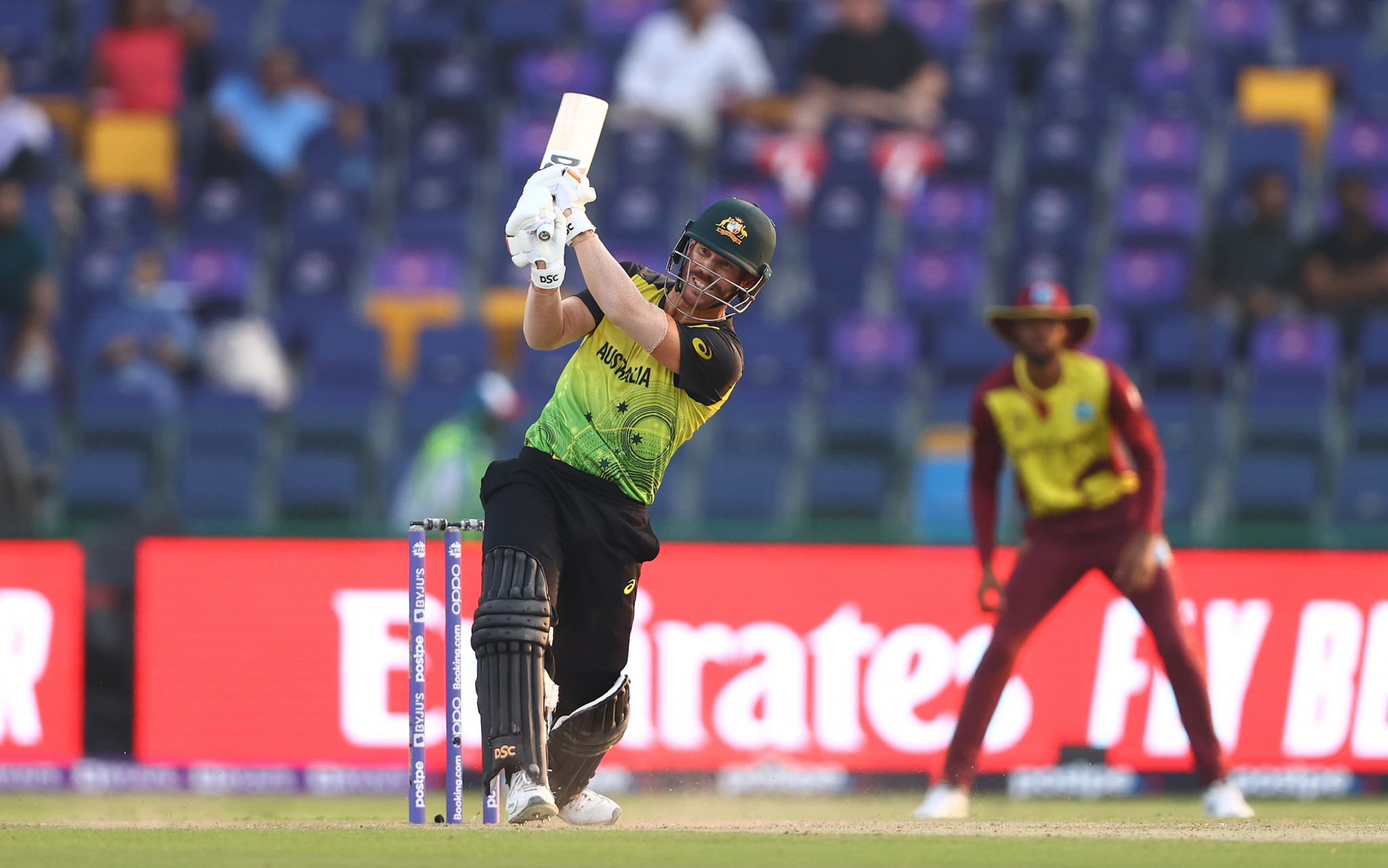 Australia advanced to the semi-finals of the International Cricket Council Men’s Twenty20 World Cup after thrashing West Indies as South Africa exited despite beating England in the final Super12s Group One game.

Half-centuries from David Warner and Mitchell Marsh as well as four wickets for Josh Hazlewood helped Australia register a fourth victory in five matches, moving them to second in the standings.

Kieron Pollard top scored for West Indies with 44 as they looked to record their second win of the Super 12 stage.

But Australia ran out convincing winners as Warner made an unbeaten 89 off 54 while March scored 53 off 32 to triumph with eight wickets and 22 balls to spare.

Australia had to wait until the outcome of South Africa’s clash with England before they could look forward to the semi-finals.

South Africa then needed to restrict group leaders England to 131 or less to replace Australia in the final qualification spot, but they were unable to achieve this in a 10-run win.

Van der Dussen notched 94 off 60 with Markram also scoring a half century with a blistering 52 off 25.

Kagiso Rabada produced a final over hat-trick as England finished on 179-7, suffering their first defeat of the campaign but Australia’s superior net run rate meant South Africa bowed out.

All eyes will be on Group 2 tomorrow with leaders Pakistan facing bottom side Scotland and second-placed New Zealand meeting Afghanistan.