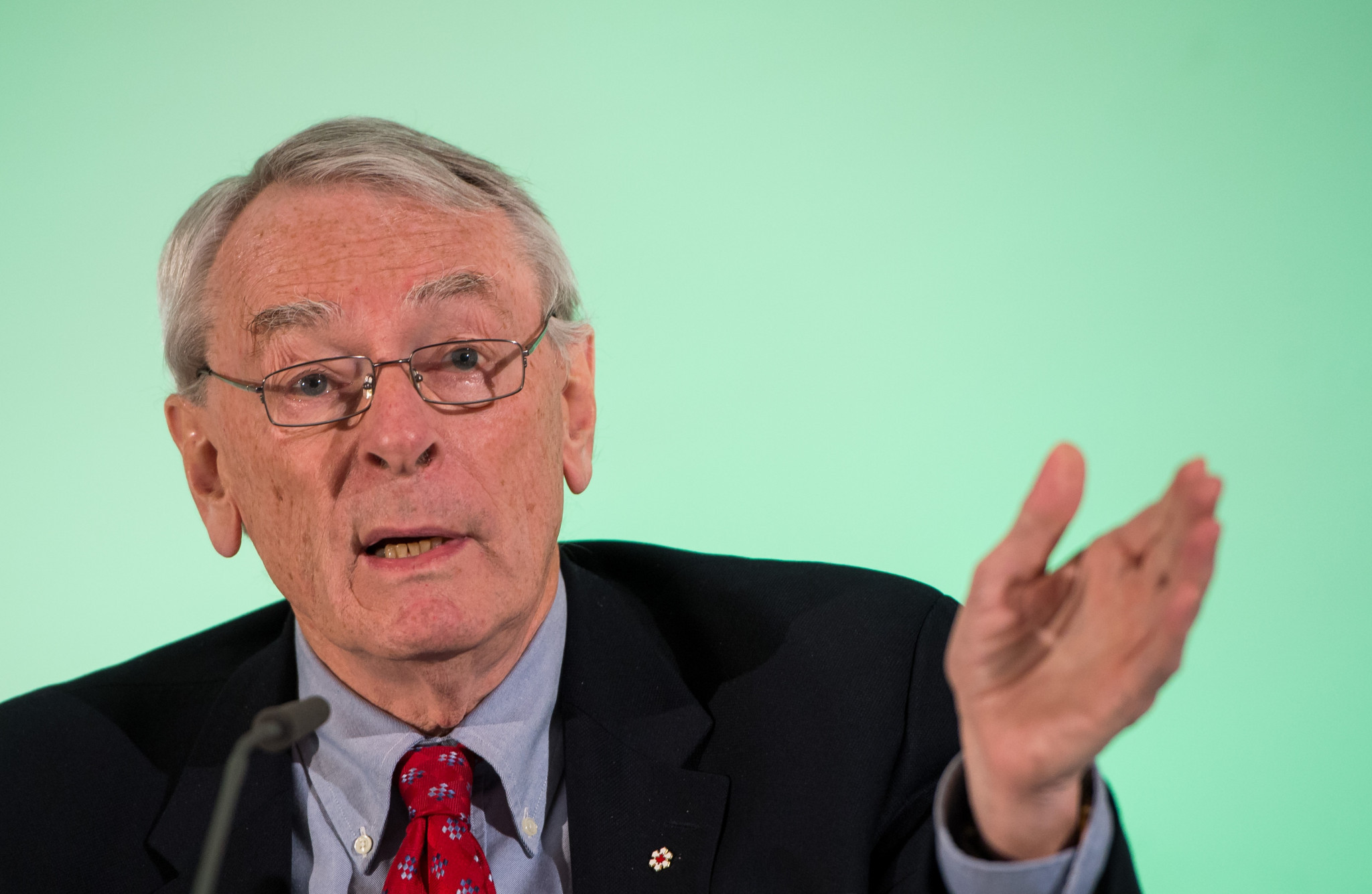 A senior International Olympic Committee (IOC) official has admitted the organisation could be forced into taking a hard-line approach to China as concerns increase over the safety of tennis player Peng Shuai.

Richard Pound, the long-serving member of the IOC, warned the situation could "spin out of control" unless it is "resolved in a sensible way very soon".

The Canadian official doubted that Peng’s case would result in the Winter Olympics not taking place in Beijing in February but refused to completely rule out the possibility of it happening.

The IOC has been following what it calls a "quiet diplomacy approach" and has largely declined to comment on the matter.

Peng, a former doubles world number one, who competed in three consecutive Olympic Games at Beijing 2008, London 2012 and Rio 2016, has not been seen or heard from publicly since November 2.

That is when she made allegations against Zhang Gaoli, a former senior vice-premier and high-ranking member of the Chinese Communist Party, on Chinese social media platform Weibo.

Her disappearance has led to a global outcry with many organisations and leading figures within sport voicing their concerns.

The IOC Athletes' Commission joined that chorus today, yet also backed the stance of the IOC.

"Together with the worldwide athlete community, the IOC AC is very concered about the situation of three-time Olympian Peng Shuai," it said.

"We support the quiet diplomacy approach that is being taken and hope it will lead to the release of information about the whereabouts of Peng Shuai and confirmation of her safety and well-being.

"We also hope that a way can be found for direct engagement between her and her athlete colleagues."

The IOC has been criticised for its approach from many other quarters, however, after it said that the best course of action was "quiet diplomacy" and had refused to make any further comment.

Speaking to Reuters, Pound conceded the Peng case could force the IOC to challenge China.

"If that's not resolved in a sensible way very soon it may spin out of control," said Pound.

"It may [force IOC into taking a harder line].

"Whether that escalates to a cessation of the Olympic Games I doubt it.

"But you never know."

Peng claimed Zhang sexually abused her 10 years ago and admitted to an on-off extra-marital affair since the coercive incident.

The social media post was taken down within 20 minutes, but it was not reported in Chinese media, subject to blanket censorship, and Peng has not been seen or contacted since.

Simon has now threatened to pull out of all 2022 WTA events hosted in China, should independent and undeniable evidence of Peng's whereabouts and well being not be provided.

Asked whether the IOC would take a similar stance, Pound said: "I don't know whether we are there yet but I'm sure [the IOC Executive Committee] are following this to see where it is going.

"Action against one of its own citizens for airing a complaint about one of their higher ups - that's harder for [China] to handle than the usual, 'This is a domestic matter now get lost'"."

Pound also dismissed the possibility of the IOC demanding a meeting with Peng, admitting that China does not respond well to threats.

"That would be a little harder line than the IOC would normally be taking," said Pound.

"Where we have generated some change of attitude in the past we've said, "Listen this is all out there in the public how do we respond".

"We can't ignore it.

"That in the past has produced some movement.

"My guess is it will be that kind of line rather than jabbing them in the chest and saying, 'Do this or the world will end'.

The IOC doubled down on its public stance in a fresh statement today.

"The IOC appreciates the concerns expressed by so many athletes and National Olympic Committees," a spokesperson said.

"We also welcome the support of the IOC Athletes’ Commission for our quiet diplomacy approach.

"This approach means we will continue our open dialogue on all levels with the Olympic Movement in China."

Paris 2024 President Tony Estanguet, a former IOC Athletes' Commission vice-chair and ex-IOC member, has called for the "greatest transparency" regarding the health and safety of Peng.

The Lawn Tennis Association - Britain's tennis governing body - and the National Olympic Committees of The Netherlands and Germany have also shared concern over Peng's safety along with leading tennis players, including Serena Williams of the United States, Naomi Osaka of Japan and Novak Djokovic of Serbia.

The British Olympic Association told insidethegames: "We join the wider sporting community in expressing our concern for the welfare of Peng Shuai.

"We call on all responsible bodies to provide the urgent clarification of her safety that we all require."

"We know the PRC (People's Republic of China) has zero tolerance for criticism and a record of silencing those that speak out and we continue to condemn those practices."

The calls for China to verify Peng's safety were met with a fresh twist when journalist Shen Shiwei, who works for China Global Television Network, a state-run network that published the unverified and widely doubted email, posted images of Peng on Twitter.

The photos showed Peng holding a cat and a toy panda and, per Shen, were posted on her WeChat account yesterday afternoon.

Experts say the photos lack credibility, with the post coming from an account named "Peng Shuai 2" and with the Chinese flag as its avatar.

Critics of the regime say China's record on human rights makes it an unfit Olympic host, and the Peng case is likely to give rise to more criticism over how China handles dissent.