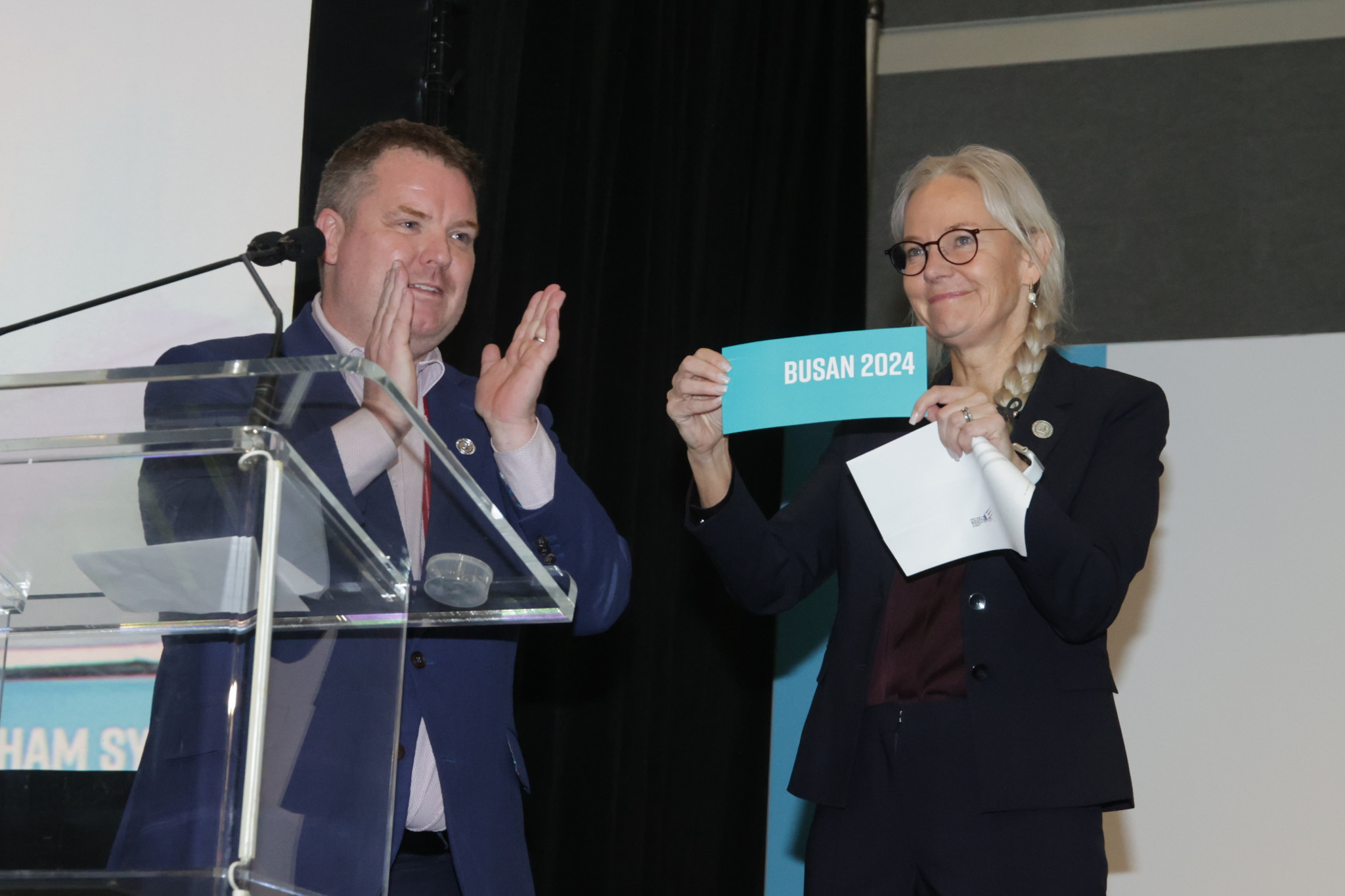 Busan is celebrating after being awarded the 2024 World Team Table Tennis Championships having seen the 2020 event cancelled due to the COVID-19 pandemic.

The International Table Tennis Federation (ITTF) announced South Korea as the host of the Championships during its Annual General Meeting in Houston.

Busan had been scheduled to host the World Team Table Tennis Championships last year, but the event was postponed multiple times before being cancelled altogether due to the coronavirus crisis.

In May, Busan launched another bid for the 2024 event and defeated Buenos Aires 97-46 at the vote in the city in Texas.

The Championships have been scheduled to take place from May 24 to June 2, with some 2,000 athletes and officials representing more than 100 countries in an event that will be an important build-up for the 2024 Olympic Games in Paris.

"I would like to congratulate Busan and I am already looking forward to the 2024 World Championships Finals," said newly elected ITTF President Petra Sörling.

"Congratulations to all the members of the Korean delegation.

"I am certain they will host a spectacular World Championships that will inspire millions across the world to play and enjoy table tennis."

Despite having a long tradition of table tennis and iconic athletes, this is the first time South Korea will host the event.

It will be a fitting year as 2024 is the 100th anniversary of the introduction of table tennis in Korea.

"I wish to thank all associations of the ITTF for their tremendous support for Busan," said Ryu, a member of the International Olympic Committee.

"Thank you for once again trusting in us to put on a great event.

"I want to take a moment to commend the city of Busan, our Organising Committee, and the Korea Table Tennis Association.

"Thank you for all the work you have done during this process.

"We will make it a competition centered on players and spectators.

"We also intend to create a knowledge transfer programme during the competition to share our experiences and knowledge with other member associations.

"By doing so, we are intended to raise the bar of our sport."

The last World Team Table Tennis Championships were held in Halmstad in Sweden in 2018 when China won both the men's and women's titles.

Chengdu in China is due to host next year's World Team Table Tennis Championships.