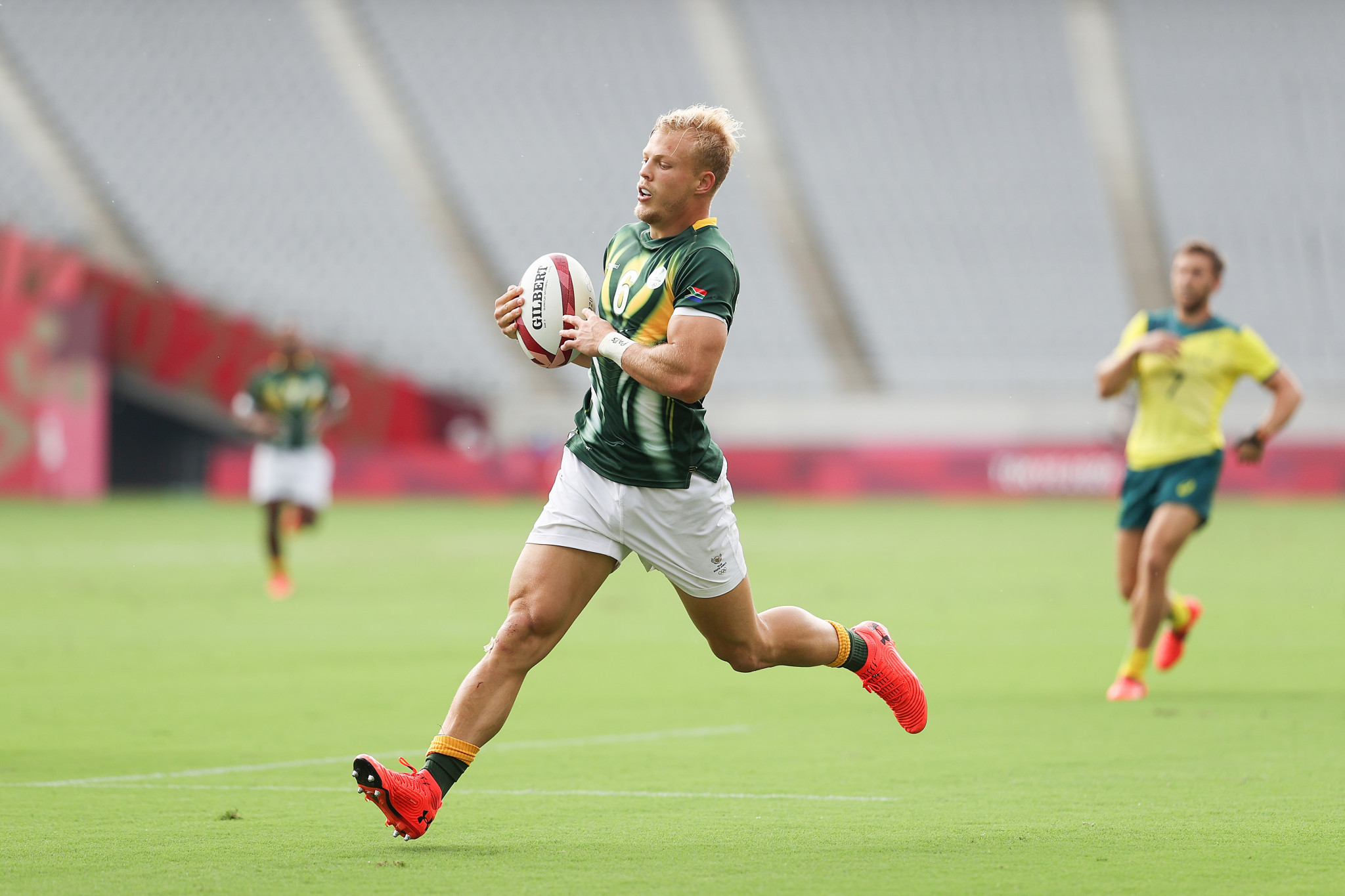 South Africa’s men’s team got their HSBC World Rugby Sevens Series campaign off to a flier as they won the Dubai leg for the eighth time, while Australia’s women’s side also dominated the opening event of the season.

The Blitzboks defeated 2018 Dubai runners-up United States in the final with a crushing 42-7 victory to clinch a third consecutive Series gold medal.

Ronald Brown scored a hat-trick and converted five of South Africa’s six tries to be named HSBC Player of the Final.

He dotted down his first after just one minute before Selvyn Davids skipped through the American defence and looped a pass out to JC Pretorius for the Blitzboks’ second try.

Brown stepped inside a defender to break the US line and go under the posts before half time, before completing his hat-trick by gathering from Pretorius to cross early in the second half.

It was an imperious performance from the top seeds and Davids got in on the action by kicking into space behind the defence, gathering the ball on the bounce and going through the sticks.

Lucas Lacamp bagged a late consolation try for Mike Friday’s side, but South Africa still weren’t done as Shaun Williams touched down their sixth try to complete a comfortable victory.

"We asked the boys for effort and that’s what they gave," said Brown.

"JC is a machine, when he’s outside of me I give him the ball, let him run it up and I’ll support him on the inside.

"That’s exactly what happened and that’s why we crossed the chalk."

Argentina got revenge for their semi-final defeat to Fiji at Tokyo 2020 by beating the Olympic champions 19-12 in the bronze final.

In the women’s event, Australia won every match to be crowned champions and win their first Series gold medal since 2018 courtesy of a 22-7 victory over Fiji.

Any chance of an upset from sixth seeds Fiji in the final soon looked unlikely, as Demi Hayes needed just three minutes to skip past a defender as she surged downfield to put Australia in front.

Lily Dick gathered a clever cross-field kick and charged over in the corner, and John Manenti’s side went in at the break with a 17-0 lead after Charlotte Caslick finished off another flowing team move for their third try.

Hayes got her second try of the final by dotting down from the back of a ruck early in the second half, but Fiji’s efforts were rewarded with a consolation try from Alowesi Nakoci late on.

"We always do really well here. Hopefully it’s a good omen for the rest of the season," said Caslick.

The bronze medal match was won by France who thrashed fifth seeds Russia 40-0.