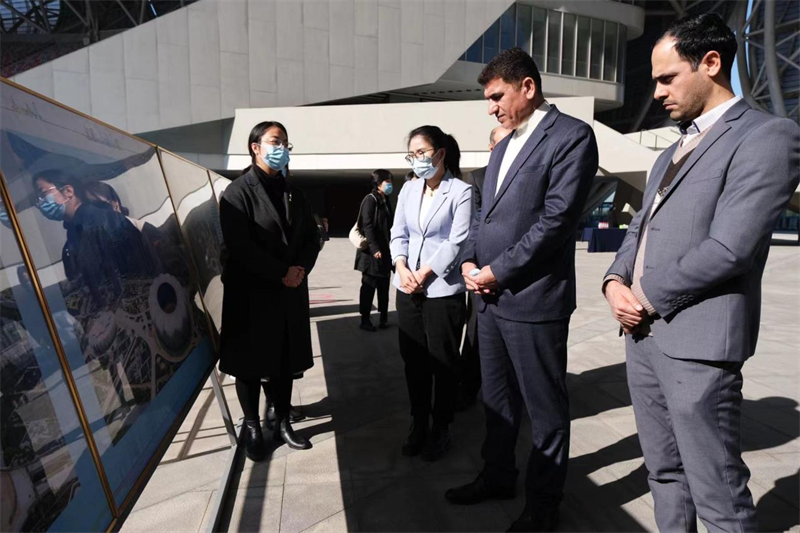 Iranian officials have visited venues for the Hangzhou 2022 Asian Games to learn about the Chinese city’s preparations for the multi-sport event.

The Iranian delegation were greeted by Chen Weiqiang, deputy secretary general and deputy mayor of Hangzhou 2022.

Chen reportedly outlined progress made by the Organising Committee in recent months, with a tour of Games facilities conducted.

The official welcomed Iran’s participation in the Games, which he claimed would further strengthen ties between the two nations.

This year marks the 50th anniversary of China and Iran establishing diplomatic relations.

It is claimed the Games will help to promote cooperation between the two nations in sport, as well as economic, cultural and tourism sectors.

Officials from the Hangzhou 2022 competition and external relations department were also on hand to provide key information regarding the Games.

After finishing sixth on the medals table at the Jakarta-Palembang 2018 Asian Games, winning 20 golds, 20 silvers and 22 bronzes, Iran will expect to be one of the most prominent nations at next year’s Games.

Peyman Fakhri will lead Iran into Hangzhou 2022, having been named as Chef de Mission in October.

Hangzhou 2022 is scheduled to take place from September 10 to 25 next year.

A total of 40 sports are included on the programme for the Games, featuring 61 disciplines and 482 events.

Hangzhou 2022 will be the 19th edition of the continental event.