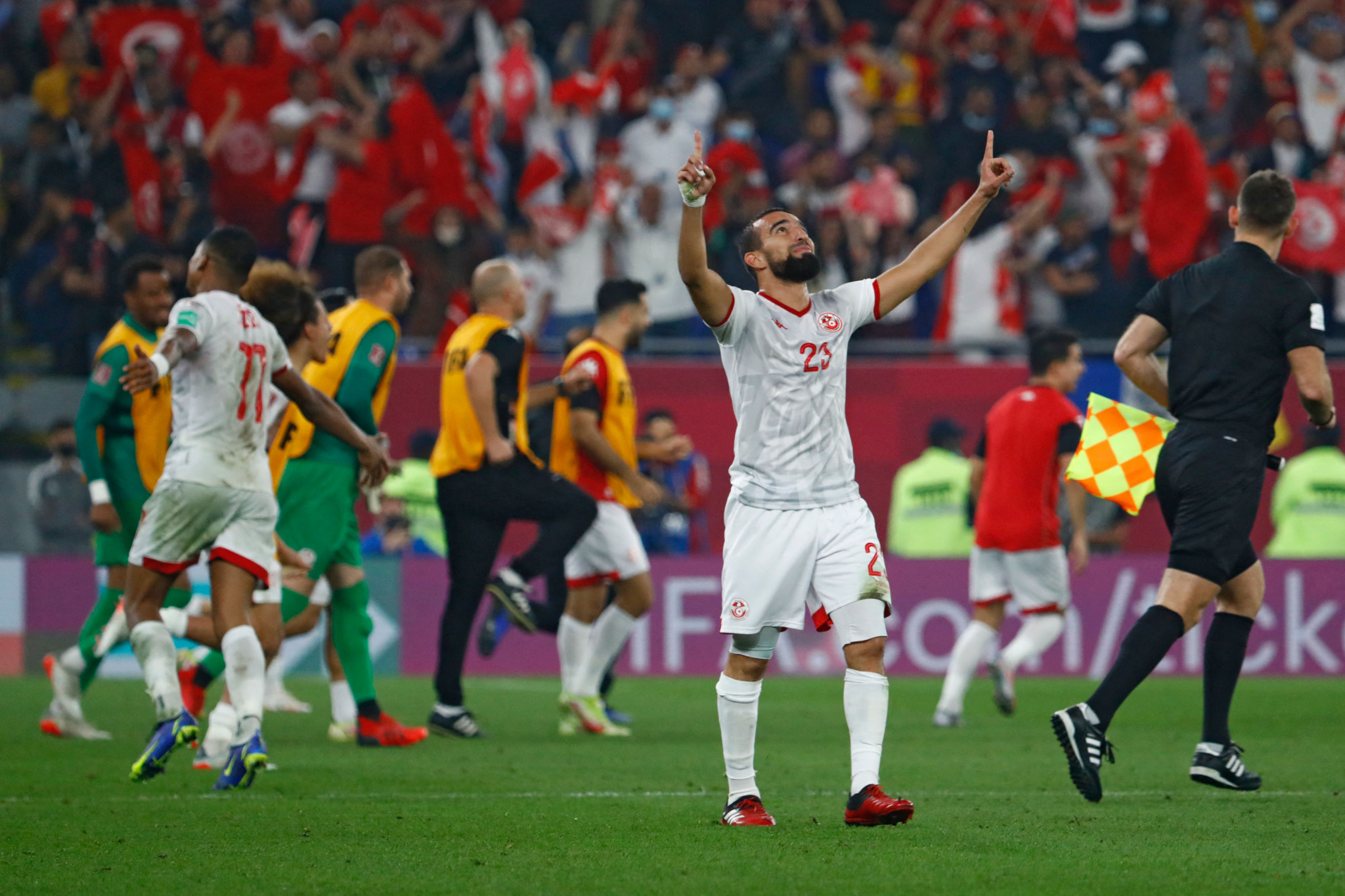 Tunisia are through to the final of the 2021 FIFA Arab Cup after being gifted an own-goal winner in the dying seconds of their semi-final against Egypt at Stadium 974 in Qatar's capital Doha.

The North African nations could only be separated by Amr Mohamed Eid El Solia putting the ball in his own net in the 95th minute, with both sides looking likely to take the tie to extra time.

Trying to clear the ball, the Egyptian captain and midfielder looped the ball over goalkeeper Mohamed ElShenawy's head from a fair distance, triggered by a free-kick swung in by Tunisia to make it 1-0.

Fifteen minutes earlier, striker Marwan Hamdy missed a sitter in front of goal as Egpyt failed to take the lead.

Meeting Tunisia in the final will be Algeria, who won in equally dramatic fashion.

Algeria took the lead through Djamel Benlamri in the 59th minute.

Qatar then equalised in the 97th minute through Mohammed Muntari, before Algeria, 10 minutes later in the 17th minute of added time, scored a late winner.

The FIFA Arab Cup final is scheduled to take place on Saturday (December 19).