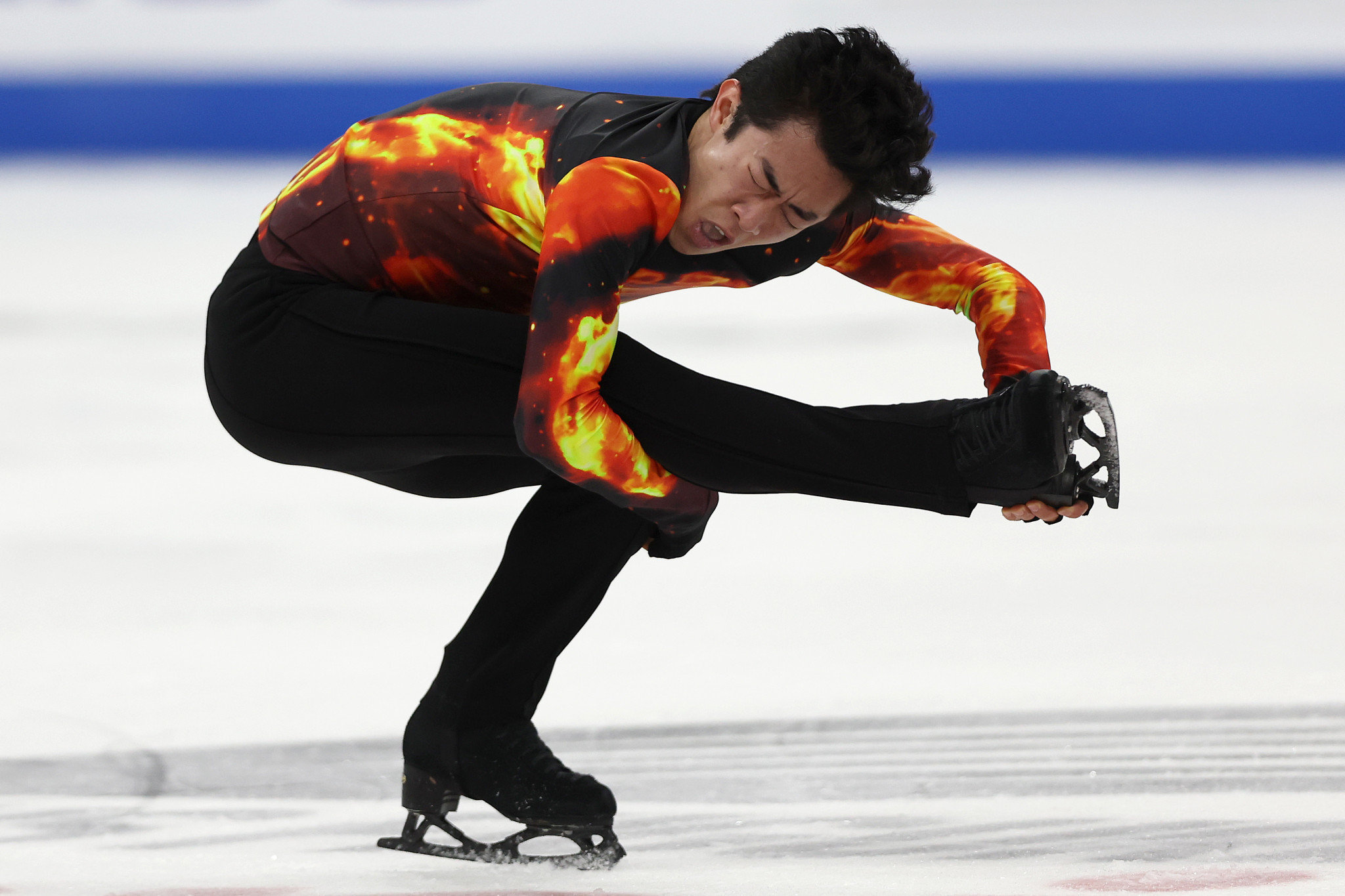 Fresh from winning a sixth consecutive national title, Nathan Chen headlines the United States figuring skating team picked for the Beijing 2022 Winter Olympics but there is no place for Ilia Malinin.

Chen was part of the squad that won bronze in the team event at Pyeongchang 2018 and is a three-time men's singles world champion and Grand Prix of Figure Skating Final winner.

The 22-year-old is joined by Jason Brown and Vincent Zhou on the men's singles team.

Zhou won bronze at last week's US Figure Skating Championships and has earned five medals overall at the event.

Prior to winning his first Grand Prix leg this season at Skate America, the 21-year-old won bronze medals at the 2019 World Championships and Four Continents Championships.

Both Chen and Zhou had qualified for the Grand Prix Final in Osaka before it was cancelled due to COVID-19 travel restrictions imposed by the Japanese Government in response to the Omicron variant.

Brown won gold at the 2015 US Figure Skating Championships place fourth at the 2022 edition in Tennessee.

Despite a stunning silver-medal performance in Tennessee, 17-year-old prodigy Malinin did not make the Olympic squad.

Your team is complete for #Beijing2022! pic.twitter.com/AFGOfeCi6u

However, he has been named as first alternate while Camden Pulkinen and Jimmy Ma are second and third, respectively.

Mariah Bell, Karen Chen and Alysa Liu have been called up to the US women's singles team for Beijing 2022.

Bell became the oldest US champion in 95 years in Nashville, aged 25, and is set to make her first Olympic appearance.

Liu is a two-time US champion and in 2019, aged 13, became the youngest American national champion.

Chen was runner-up to Bell at this year's US Championships but won the national title in 2017.

The 2022 and 2019 US champions Ashley Cain-Gribble and Timothy LeDuc have been selected for the pairs event and are due to make their first Olympic appearance in China.

They will be joined by 2021 national champions Alexa Knierim and Brandon Frazier.

Selectors took into account criteria beyond just the 2022 National Championships - an event skaters including Liu missed after testing positive for COVID-19.