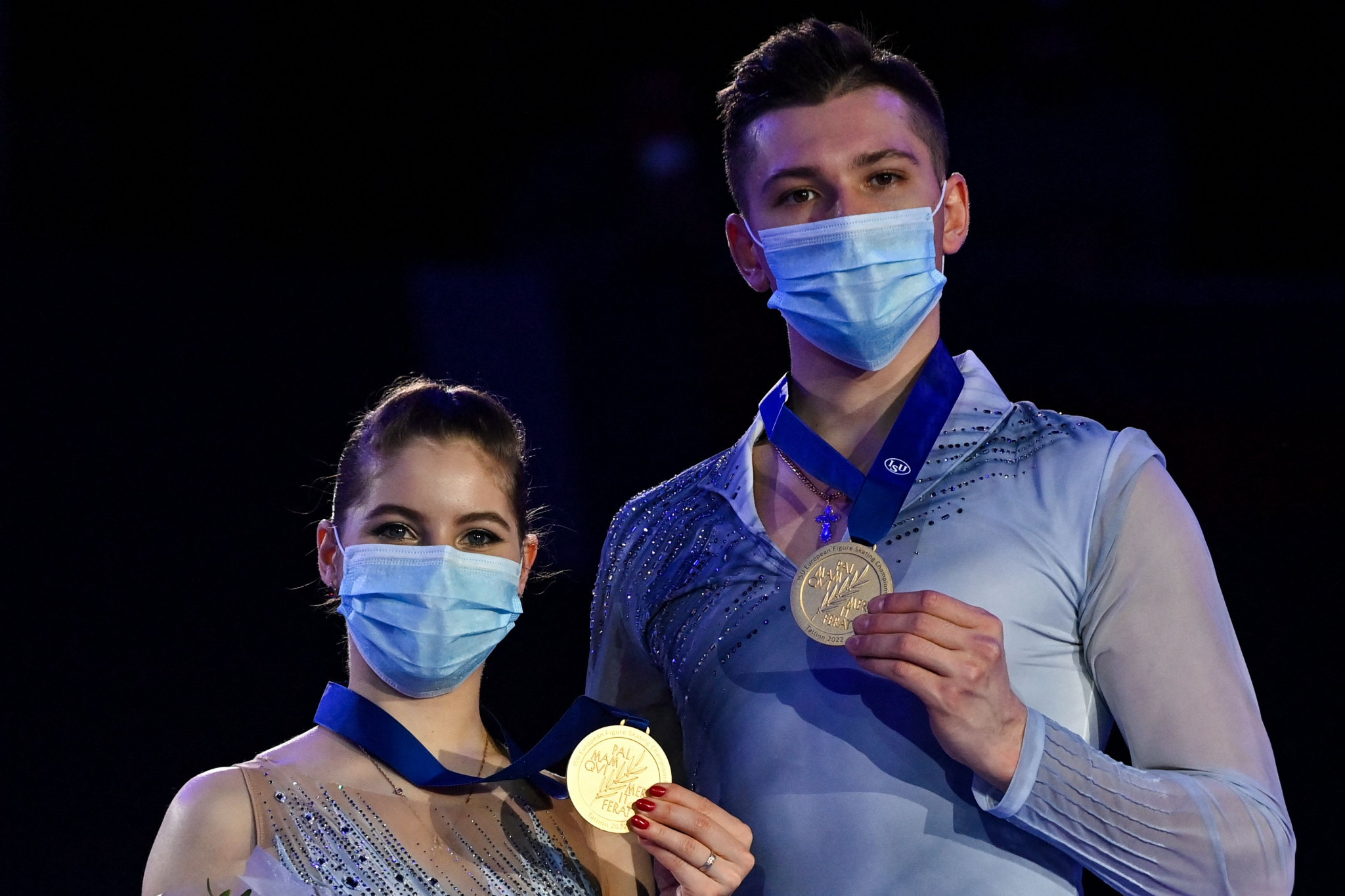 The duo finished top of the short programme yesterday by a slim margin over compatriots Evgenia Tarasova and Vladimir Morozov and extended that in the free skating by scoring 157.46 to their rivals' 154.85.

Russia's Aleksandra Boikova and Dmitrii Kozlovskii backed up a bronze in the short programme with bronze in the free skating, and the overall competition with a combined score of 227.23.

Far behind was the Georgian pair of Karina Safina and Luka Berulava, who moved into fourth from sixth yesterday, overtaking Italians Rebecca Ghilardi and Filippo Ambrosini, who completed the top five.

Russian Kamila Valieva won the women's short programme, which qualified her top of the 24-person field for the free skating section on Saturday (January 15).

The 2020 world junior champion was far in front of the rest with a score of 90.45, with her closest challenger being Loena Hendrickx of Belgium with 76.25.

Hendrickx held off two Russians, who finished third and fourth - Alexandra Trusova and Anna Shcherbakova, who scored 75.13 and 69.05 respectively.