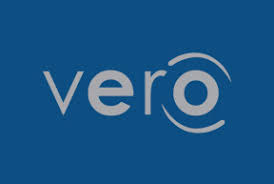 Vero Communications, the agency which helped cities including Rio de Janeiro and Paris land the hosting rights for the Olympic Games, has closed its doors after more than 15 years in business.

The decision comes just over three years after its founder and chairman Mike Lee, a distinguished figure within the Olympic Movement, died at the age of 61.

Lee founded Vero after London won the right to host the 2012 Olympic and Paralympic Games and built it into one of the key strategic communications firms in the sporting world.

The Briton and his company spearheaded successful bids for the Olympics and Paralympics from Rio 2016, Pyeongchang 2018 and Paris 2024 as well as the Buenos Aires 2018 Youth Olympics.

Vero, founded in 2006, also successfully worked towards rugby sevens and surfing gaining their places on the Olympic programme and on numerous Presidential and brand-building campaigns.

Some of its most recent clients include Baltimore, campaigning to be a host city for the 2026 FIFA World Cup in the United States, Canada and Mexico, and Riyadh's bid for the Asian Games, which saw the city awarded the 2034 edition of the event and Doha the 2030 Games.

Ashley will continue with World Rugby, a longstanding client of Vero, while managing director Jasani is working as a consultant for the Football Association.

The closure of the company is not thought to be related to the International Olympic Committee's revamp of the bidding process for the Olympics, which has all but rendered obsolete the role of communications agencies and consultants.