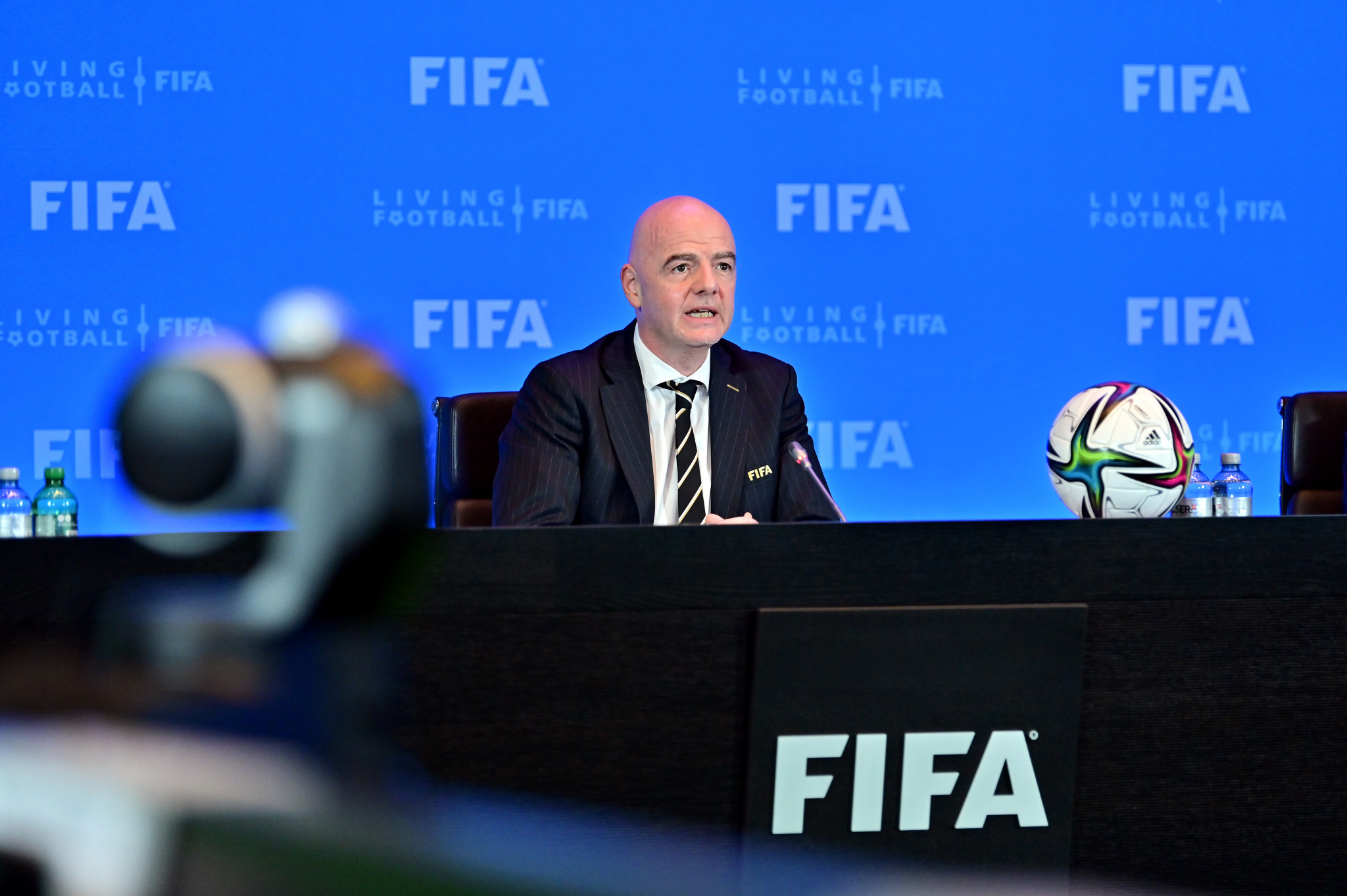 FIFA President Gianni Infantino has moved to Doha and has been living in the Qatari capital since October, according to an investigation by a Swiss newspaper.

SonntagsBlick revealed Infantino is renting a house in the city, set to the be the main hub for this year's FIFA World Cup, and two of his children are going to school there.

The newspaper reported FIFA had long denied its President was residing in Doha but had been forced to confirm it following its probe.

World football's governing body claims Infantino still pays taxes in Switzerland, where he has faced criminal investigations in recent years, and continues to work at FIFA's headquarters in Zurich.

FIFA told SonntagsBlick Infantino, who is up for re-election in 2023, was splitting his time between Switzerland and the upcoming World Cup host country.

"He wants to move FIFA's headquarters to Paris and has the intention of outsourcing part of the administration to the United States."

Gianni Infantino moving to Qatar doesn't surprise me. Apparently he doesn't feel comfortable in Switzerland. He wants to move FIFA's headquarters to Paris and has the intention of outsourcing part of the administration to the USA. #FIFA #Qatar #Paris #NewYork #LeavingZurich

Qatar is due to hold the World Cup in November and December after being controversially awarded the right to stage the event in December 2010.

The vote by the then FIFA Executive Committee to allocate the tournament to Qatar has been widely condemned following corruption claims, which brought down the previous administration and led to sanctions being imposed on several officials who served on the ruling body at the time.

The FIFA head has always denied any wrongdoing, and last year said the meetings between the two were "in no way secret and most certainly not illegal".

Top of Infantino's in-tray last year, aside from preparations for Qatar 2022, was plans to hold the men's World Cup every two years, which he has been spearheading alongside FIFA's chief of global development Arsène Wenger.

The proposals sparked widespread criticism from across the world of sport and sparked boycott threats from Europe and South America.