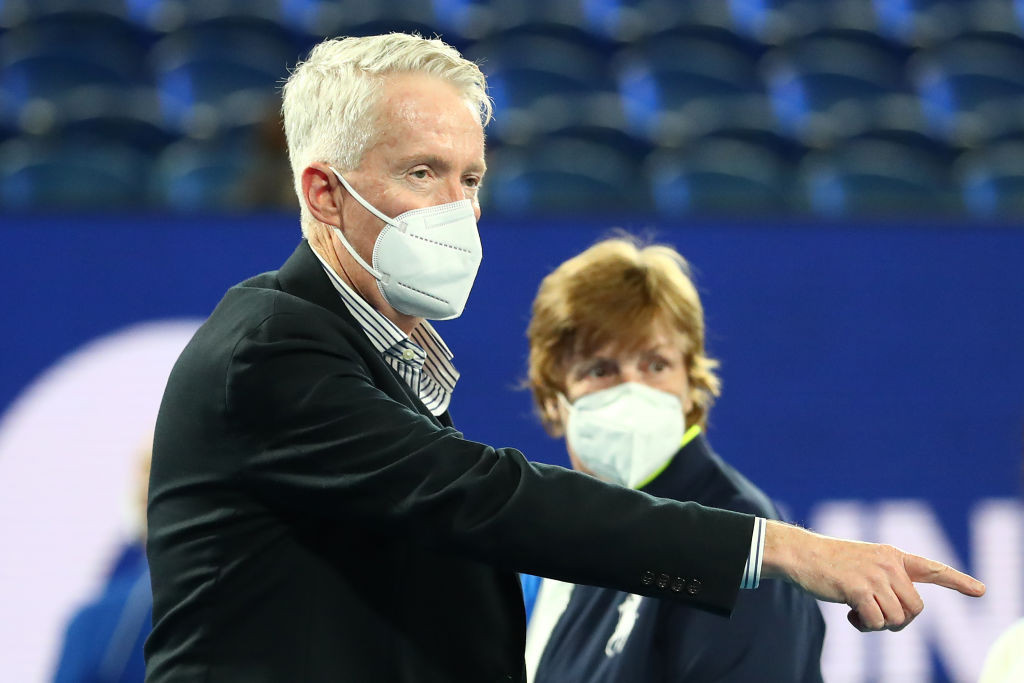 Organisers of the Australian Open will allow fans to sport "Where is Peng Shuai?" t-shirts at the tournament after performing a U-turn on its ban following widespread criticism.

Tennis Australia initially defended its decision to bar t-shirts and a banner protesting the Peng situation, claiming it prohibits "clothing, banners or signs that are commercial or political".

Martina Navratilova, winner of 18 Grand Slam singles titles during her career, slammed the move as "pathetic" and accused Tennis Australia of "capitulating" to China.

Tennis Australia chief executive Craig Tiley told Agence France-Presse the t-shirts would be permitted as long as those wearing them were peaceful.

"Yes, as long as they are not coming as a mob to be disruptive but are peaceful," Tiley told AFP.

"It's all been a bit lost in translation from some people who are not here and don't really know the full view.

"The situation in the last couple of days is that some people came with a banner on two large poles and we can't allow that.

"If you are coming to watch the tennis that's fine, but we can't allow anyone to cause a disruption at the end of the day."

A group of volunteers for the Democratic Alliance Party have walked into the Australian Open donning “Where is Peng Shuai?” T-Shirts. It comes after Tennis Australia boss Craig Tiley reversed his decision to confiscate them at the weekend. @australian #AusOpen pic.twitter.com/xqTBPnAGKp

Fears over the welfare of Peng have been prominent since she made allegations of sexual assault against a high-ranking Chinese Communist Party official in early November.

The two-time Grand Slam doubles champion has rarely been seen in public since, save for a few stage-managed appearances.

The Women's Tennis Association, which pulled all events from China in response to the crisis, admitted it still had "significant concerns about her well-being and ability to communicate without censorship or coercion".

The International Olympic Committee (IOC) is among the only organisations to have had direct contact with Peng, a three-time Olympian.

It held two video calls with Peng late last year, but critics argued this has played into the hands of Chinese propaganda.

IOC President Thomas Bach insisted in December that "all aspects of this case are being discussed with the Chinese side", in the face of criticism of the organisation not mentioning the allegation of sexual assault in any of its communications on the matter.