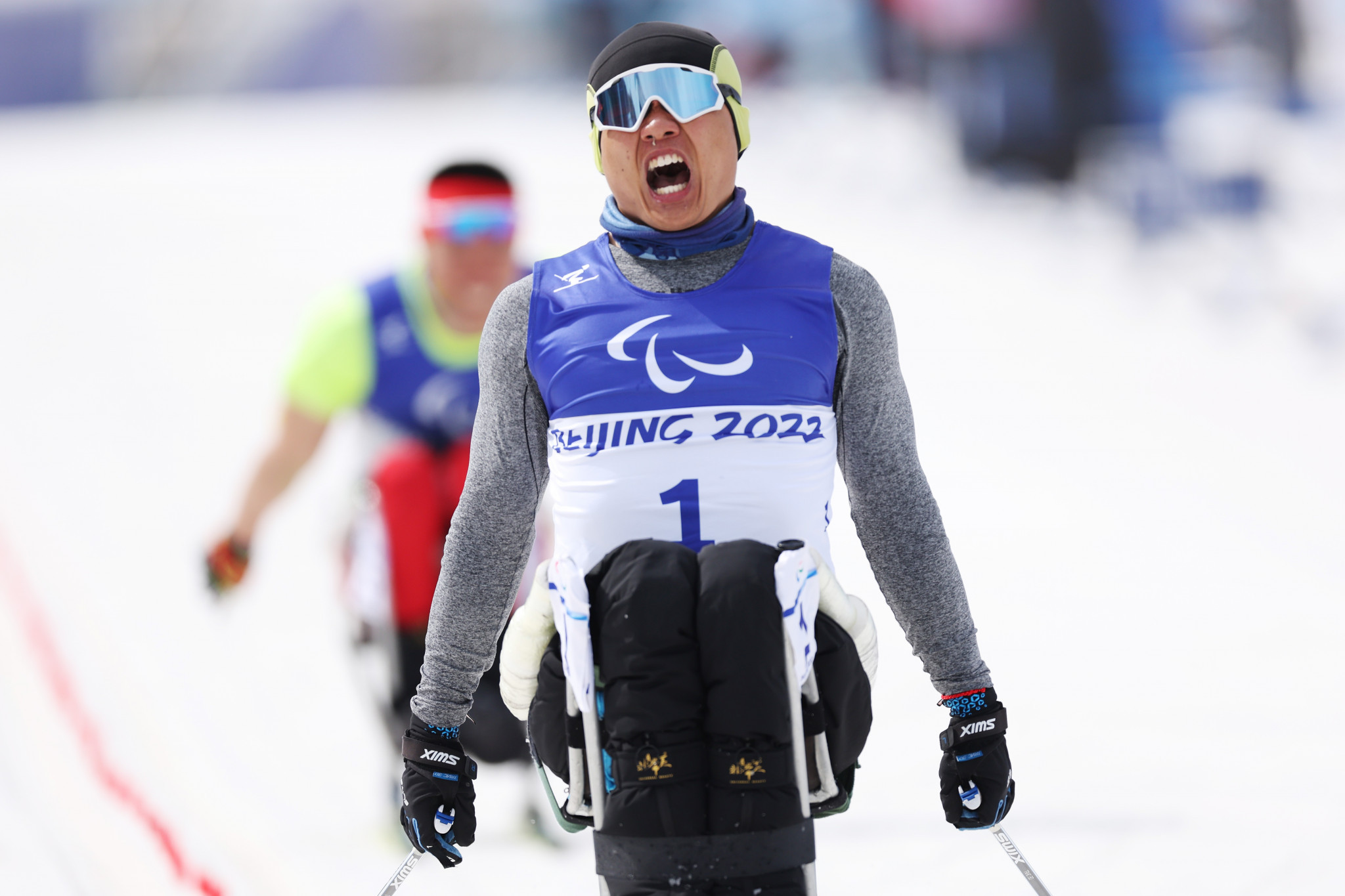 There were six golds on offer on a busy day of sprint racing at the Zhangjiakou National Biathlon Centre, with China and Canada securing two apiece and France and Austria grabbing the others.

Peng topped a Chinese one-two in the men's sitting final as he got the better of Mao Zhongwu to claim his second gold of the Games.

There was little between the two before Zheng found an extra gear in the final stretch to pull away from Mao to win in 2min 42.4sec, adding to the long-distance title he achieved in Beijing.

Mao finished second behind Zheng in that race and had to settle for silver again as he crossed the finish line in 2:44.9.

Canada's Collin Cameron battled hard but was unable to catch the Chinese duo as he came third in 2:46.3.

Yang held off Oksana Masters of the United States in the women's sitting final to claim her second gold of Beijing 2022.

Masters overtook Li Panpan and had Yang in her sights but the Chinese athlete triumphed in 3:18.2 to add to her long-distance success.

Daviet dug deep to pull away from Germany's Marco Maier and Ukraine's Grygorii Vovchynskyi to take the title in 3:07.5.

China's Zhao Zhiqing got off to a superb start, holding the early lead before being overtaken by Norway's Vilde Nilsen who surged in front.

Nilsen was in pole position heading into the final stretch but Wilkie managed to reel her in before overhauling the Norwegian to clinch victory in 4:05.1.

Silver was won by Nilsen in 4:08.1, while American Sydney Peterson also produced a strong second half of the race to bag bronze in 4:12.1.

McKeever, who is expected to end his career after Beijing 2022, added another title to his glittering Winter Paralympic collection as he earned the men's free vision impaired title for the fourth time.

France's Anthony Chalencon set the early pace before being overtaken by Jake Adicoff of the US, Sweden's Zebastian Modin and McKeever.

It looked like it might be a real tussle for top spot but McKeever, guided by Russell Kennedy, showed all his experience as he forged ahead to take the title in 3:19.5.

Guided by Lorenz Josef Lampl, Edlinger, a bronze medallist at Pyeongchang 2018, swept aside the field as she triumphed in 3:49.6.