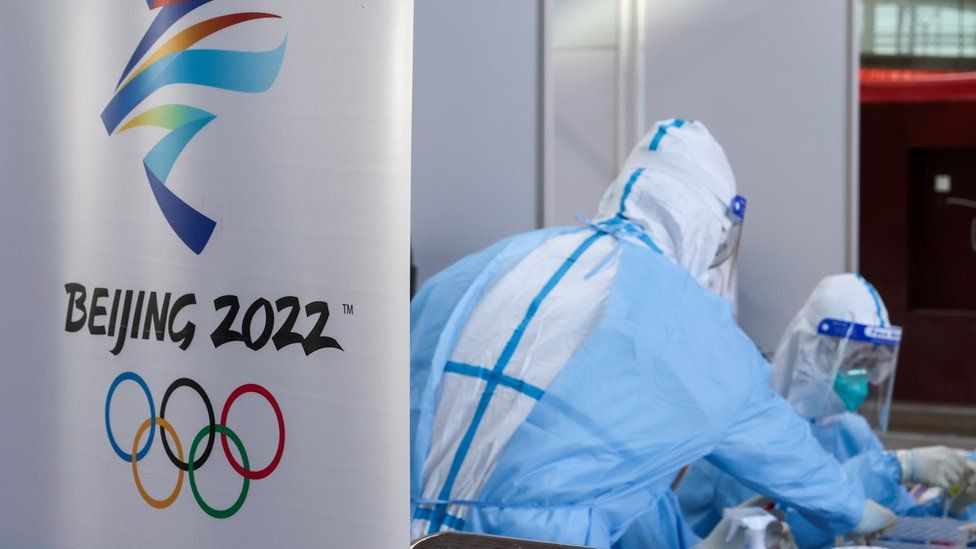 Beijing 2022 conducted over 2.5 million COVID-19 tests during the Winter Olympic and Paralympic Games-time period, with 463 positive cases recorded in total.

The Beijing 2022 Organising Committee published its final update on the testing figures today, following the conclusion of the Winter Paralympics yesterday.

The vast majority of tests were conducted during the Winter Olympics.

Over 1.9 million tests were conducted between the start of the Games-time period on January 23 and the conclusion of the Winter Olympics on February 20.

A total of 437 positive tests were recorded during the period.

Only 26 further cases have been reported by Beijing 2022 since, including in the Winter Paralympic Games, held from March 4 to 13.

Beijing 2022 revealed that this comprised of 150,815 tests on athletes and officials, with other stakeholders accounting for 2,395,285.

Athletes and team officials had 206 positive tests, with 132 reported at the airport and 74 from screening tests within the Beijing 2022 closed loop.

A total of 257 positives were recorded by other Games stakeholders, with 152 at the airport and 105 in the closed loop.

All Games participants were sealed off from the rest of the Chinese population during the Winter Olympics and Paralympics.

Games participants entered the closed loop upon arrival at the airport and after testing negative for coronavirus.

Some Olympians complained that conditions within the closed loop, especially for close contacts and those who tested positive, were draconian, but Beijing 2022 has highlighted the low number of cases as evidence of the closed loop’s success.

China has followed a "zero-COVID" strategy since to tackle the pandemic, which originated in Chinese city Wuhan.

This has included largely closing its border and implementing severe restrictions in areas where coronavirus cases have been identified.

Beijing 2022 marked the first major international sporting event to take place in China since the onset of the pandemic.

The closed loop system has been billed as a potential template for how other events could take place.

China is due to host two multi-sport events later this year, beginning with the Chengdu 2021 FISU World University Games.

The Games, which were postponed for a year due to COVID-19, are scheduled to take place from June 26 to July 7.

Hangzhou is then due to host the Asian Games, with the Chinese city set to stage the continental event from September 10 to 25.