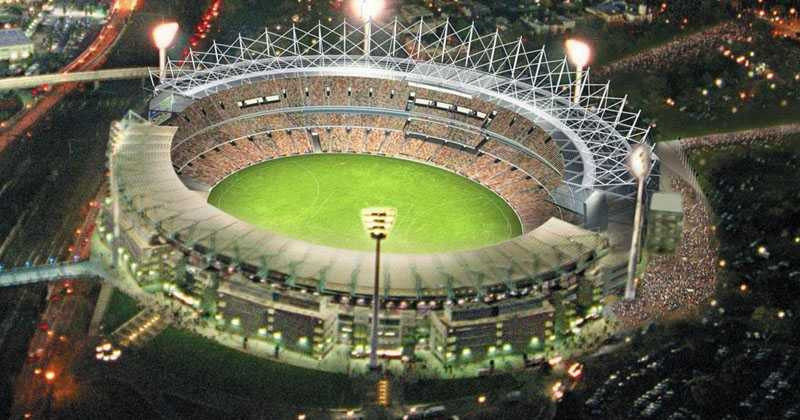 An Opening Ceremony at the Melbourne Cricket Ground (MCG) and four regional centres spread around the state, each with their own Athletes' Village, were among the plans revealed as Victoria formally presented its bid to host the 2026 Commonwealth Games here today.

Victoria’s Sports Minister Martin Pakula was part of a high-level delegation who made their presentation to the Commonwealth Games Federation (CGF) Executive Board.

The concept of a regional Games is being championed in a new roadmap launched earlier this year by the CGF, who had struggled to find a host city to follow this year’s event in Birmingham.

This means that the Games will not be focussed solely on Melbourne, which hosted a successful Commonwealth Games in 2006.

The famous 100,000-capacity MCG, however, is still set to stage the Opening Ceremony and a number of sports will take place in Australia’s second biggest city.

Special thanks to @VicGovernor and Ben Houston & Craig Phillips from @CommGamesAUS for joining the Victorian delegation as we presented our vision for a regionally led Commonwealth Games to Dame Louise Martin and the CGF Board in Birmingham. Now we wait! pic.twitter.com/i0V7qQCk84

Other regional centres are still to be officially announced, but, when launching the bid last month, Victoria Premier Daniel Andrews claimed the state was "spoilt for choice", referencing stadiums in Geelong and Ballarat.

Ballarat is the likely home of the athletics events, with Mars Stadium - used for Australian Football League matches - being discussed.

GMHBA Stadium in Geelong recently underwent a multi-million-dollar investment, including the open-air swimming pool, while Bendigo Basketball Stadium has also been recently upgraded.

It is expected that athletes will stay in each of the regional centres they are competing and there will not be one central place in Victoria accommodating them all.

Under the new CGF roadmap, athletics and swimming are the only compulsory sports that must be included on the programme, giving hosts an unprecedented flexibility, including the prospect of adding sports popular locally.

Australia expects to include between 19 and 22 sports in 2026, but Australian rules, practically a religion in Victoria, has already been ruled out.

It is planned to announce the first set of sports when Victoria is formally awarded the 2026 Commonwealth Games next month once the CGF have officially gone through their bid document.

By comparison, there were 245 events in 17 sports during Melbourne 2006, while this year's Commonwealth Games in Birmingham has 283 events in 20 sports.

Pakula was joined as part of the Australian delegation by Linda Dessau, the Governor of Victoria, and delegation from Commonwealth Games Australia including the President Ben Houston and chief executive Craig Philips.

CGF President Dame Louise Martin told insidethegames that the presentation went "very well", although she admitted there were a "few sticking points" that needed ironing out before an official announcement could be made.

"We are still in the infancy of talking," she said.

"But this could be the making of the Commonwealth Games, giving more opportunities to countries, regions and cities than ever before to host a major event."