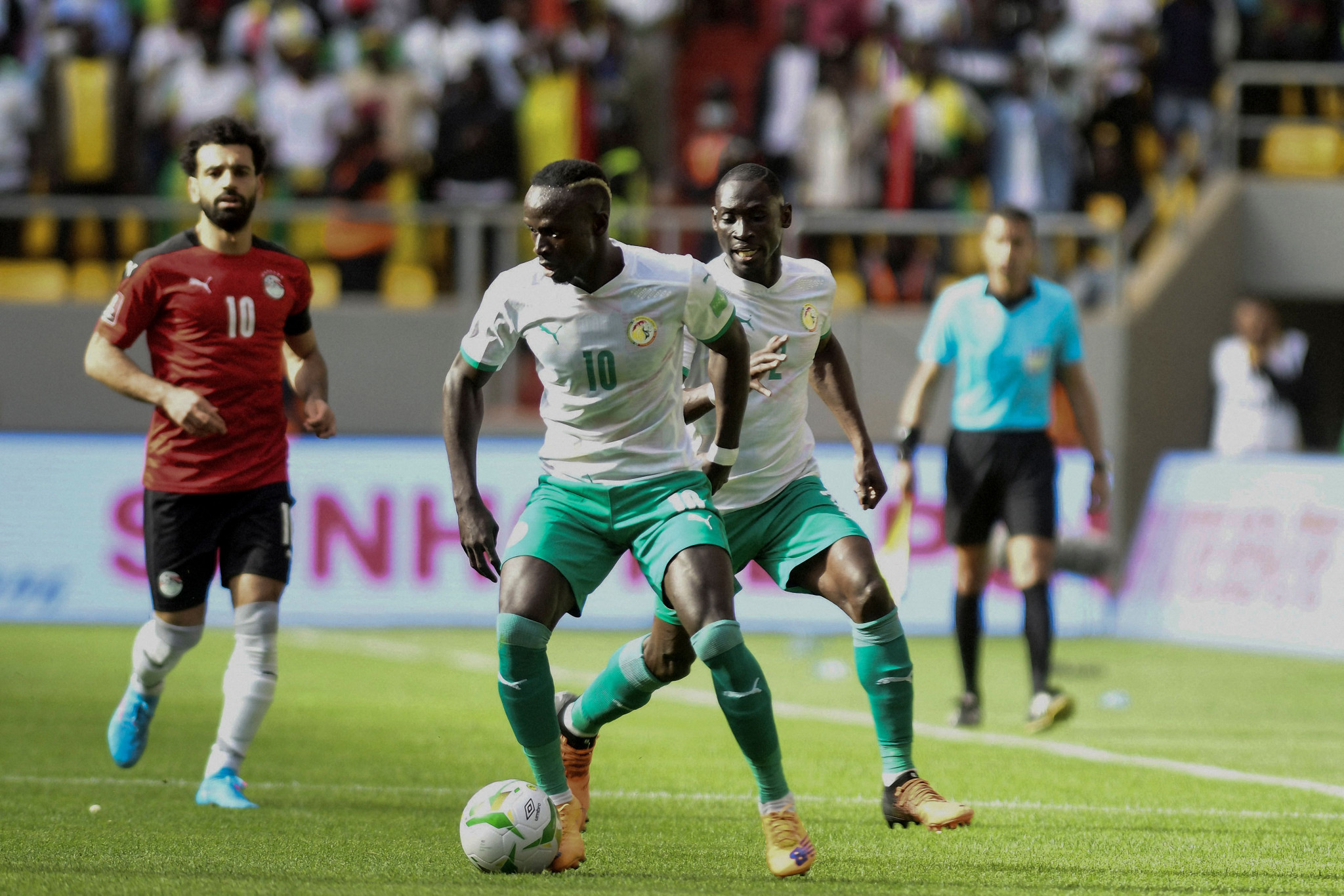 A 124th-minute strike from Karl Toko Ekambi secured Cameroon's spot at the FIFA World Cup and broke Algerian hearts, while Senegal once more overcame Egypt on penalties in a rematch of the Africa Cup of Nations final.

Tunisia, Ghana and Morocco were the other other three Africa sides to book places at the World Cup today.

Continental champions Senegal beat Egypt 1-0 on the day to set up extra time and ultimately penalties, with the two-legged tie 1-1 on aggregate.

Boulaye Dia bundled in a third-minute goal at the brand-new Diamniadio Olympic Stadium - set to be a key venue come the Dakar 2026 Youth Olympic Games - but Senegal could not add another despite dominating.

Penalties were therefore required, with the first four spot kicks all missed.

The Senegalese regained their composure, scoring their next three as captain Sadio Mané sealed a 3-1 shootout win.

Egypt have now failed to qualify for seven of the last eight World Cups, despite winning the Africa Cup of Nations four times in that span.

Cameroon trailed 1-0 heading to the Mustapha Tchaker Stadium in Algeria, but an Eric Maxim Choupo-Moting goal sent the tie to extra time.

Ahmed Touba thought he had won it for Algeria, nodding in in the 118th minute, but Cameroon had other ideas and bagged a set-piece goal of their own to advance via the away goals rule.

Ekambi instinctively guided a flick-on into the net to earn Cameroon a first World Cup berth since 2014.

Ghana also advanced via away goals, a 1-1 draw with Nigeria at the Moshood Abiola National Stadium enough to send them through.

Nigeria's goalkeeper Francis Uzoho had a nightmare showing, allowing Thomas Partey's shot straight through him in the 10th minute.

William Troost-Ekong scored a penalty in response but it was not enough.

A goalless draw at the Stade Hammadi Agrebi saw hosts Tunisia beat Mali 1-0 on aggregate, while Morocco thrashed the Democratic Republic of Congo 4-1 for a 5-2 aggregate win.

Tunisia, Morocco and Senegal all qualified for the 2018 World Cup but went out at the group stage.