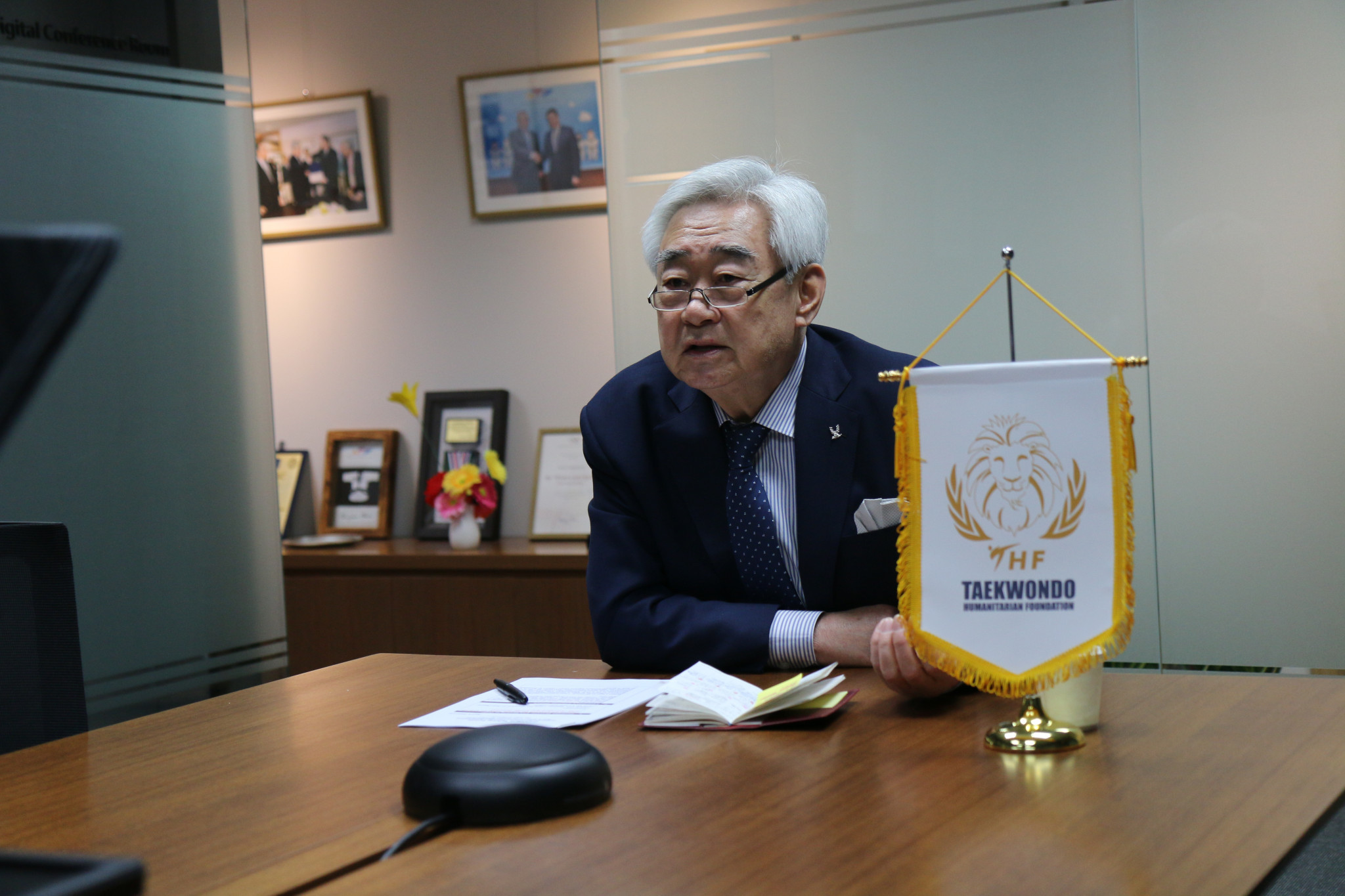 Chungwon Choue has been re-elected as chairman of the Taekwondo Humanitarian Foundation (THF).

The World Taekwondo President was returned to the role unanimously following an online meeting of the THF Board.

Choue founded the THF, which teaches taekwondo to refugees and other displaced people around the world, in 2015.

He announced its creation at the United Nations headquarters in New York, on the International Day of Peace.

THF projects are now up and running across the world, including the flagship academy at the Azraq Refugee Camp in Jordan.

The camp is home to people who have fled the war in neighbouring Syria.

"I am honoured to have been re-elected and to continue to serve the THF," said Choue.

"Over the last six years, we have seen what a positive impact taekwondo can have on the lives of refugees and displaced people.

"It provides joy and hope, but it is also a tool for learning invaluable life skills and promoting healthier lifestyles.

"We are very proud of the work we have done at the THF but we know there is so much more we can do and we are very excited for the future."

Anna Panka, Jean-Marie Ayer, Maher Magableh and Richard Barnor have all been re-elected as members of the THF Board.

The 2021 financial accounts have been approved.

A presentation at the meeting was made on THF projects in Jordan, Rwanda, Eswatini, Switzerland, France and Turkey.

Data reporting software will be in operation from this month, allowing all coaches to report their activity after every training session.

It is hoped that the THF could produce a Paris 2024 Olympian, as part of the Refugee Olympic Team.