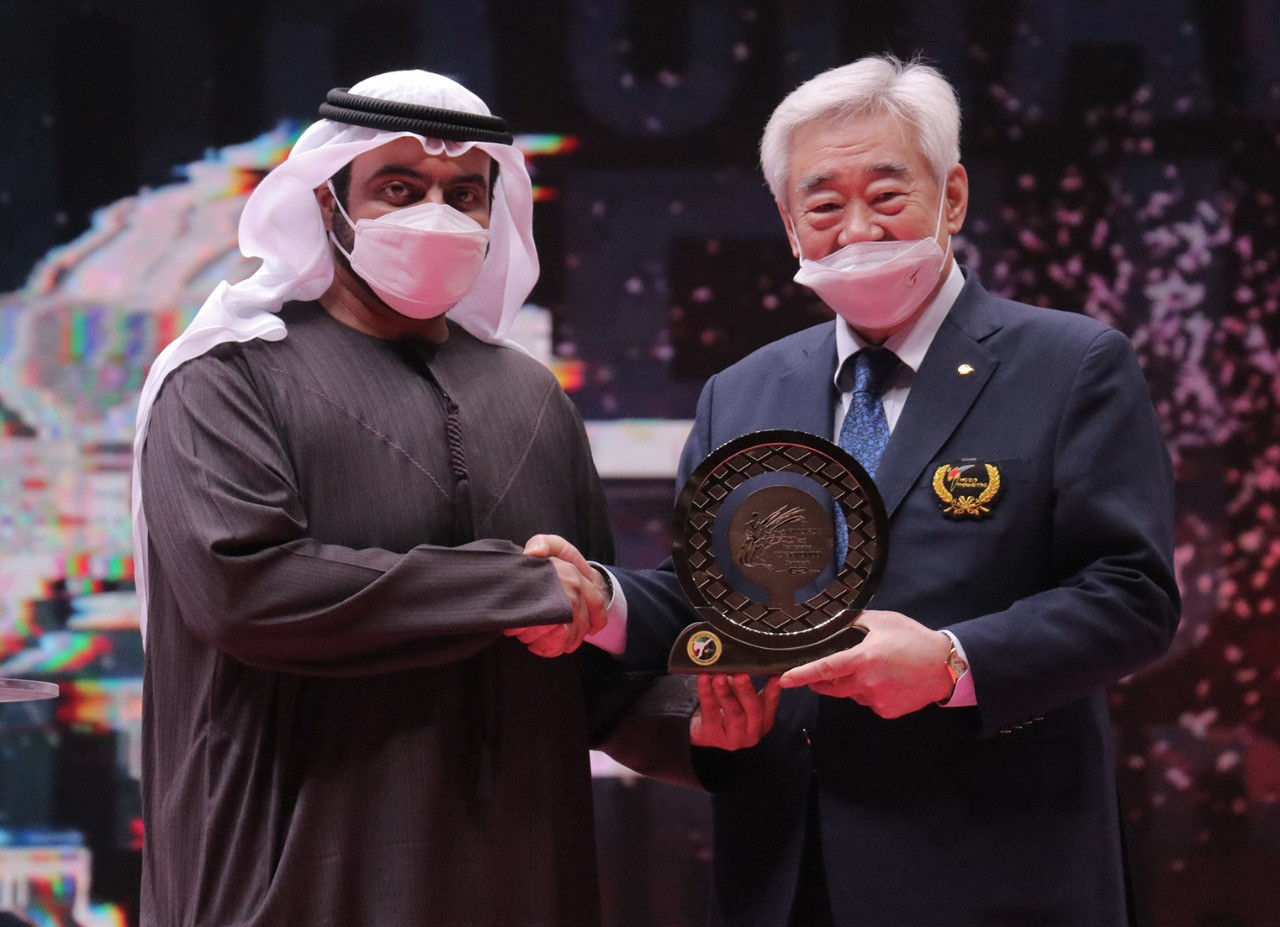 This is the third donation the Crown Prince has made to the THF, which works to teach taekwondo to refugees and displaced people around the world.

"We are very grateful for his highness' generosity and continued commitment to supporting the THF in the vital work it conducts around the world," said Chungwon Choue, the President of World Taekwondo.

"The money he has donated will make a real difference in the lives of so many refugees who participate in THF programmes.

"We would also like to congratulate His Highness on the success of the Fujairah Open and the ongoing development of taekwondo in the UAE."

Choue announced the creation of the THF in 2015.

Since then, a flagship academy has opened at the Azraq Refugee Camp in Jordan, while projects are up and running in several other countries.

About 1,400 athletes are competing at the Fujairah Open, which runs until tomorrow.

They include THF student Wael Fawaz Al-Farraj, a Syrian refugee who has trained at Azraq.