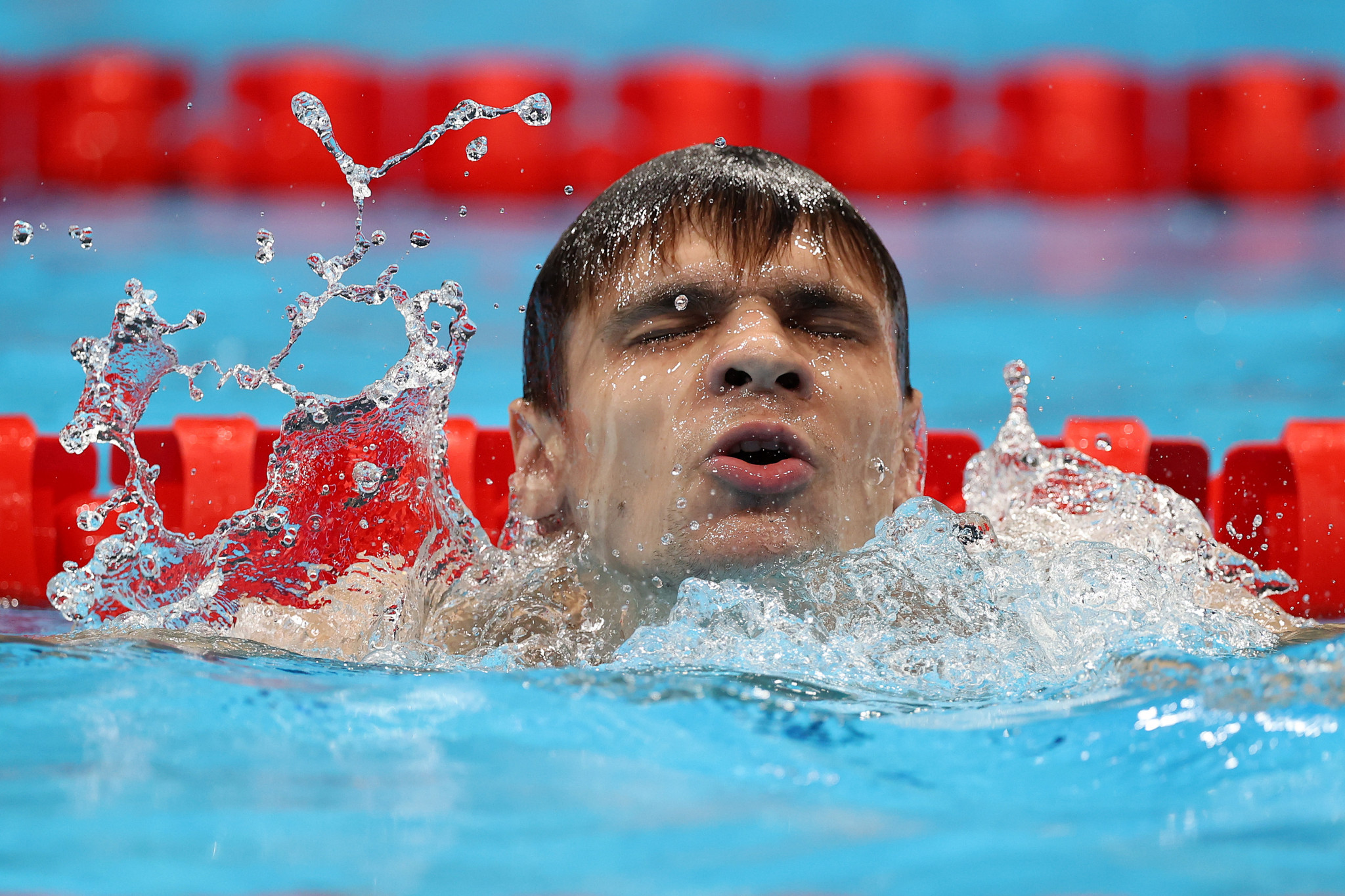 Russian swimmer Evgeny Rylov has suggested the pro-war rally he attended which led to his nine-month ban from the International Swimming Federation (FINA) was "a concert", and again downplayed his punishment.

Russian President Vladimir Putin also weighed in on the ban issued to the men's 100 metres and 200m backstroke Olympic champion, with Reuters reporting that he described it as "absurd".

Putin also alleged that athletes from Russia and Belarus had faced discrimination based on their nationalities, building on previous criticism from Sports Minister Oleg Matytsin, who claimed that FINA's sanctions were "discriminatory and politicised".

Rylov is competing at the National Championships despite last week being banned by FINA for his attendance at an event in Moscow last month where Putin justified the widely condemned invasion of Ukraine.

FINA has "launched an internal review" into his participation at the Championships in Kazan, while Speedo has dropped its sponsorship deal with the swimmer.

Explaining his attendance at the political rally branded "for a world without Nazism" at the Luzhniki Stadium on the anniversary of the 2014 annexation of Crimea on March 18, Rylov claimed that he was motivated by a desire to support his country.

"I have always supported the country, it’s impossible to note [when it all started], it sits inside," Rylov told the Russia-24 TV channel, as reported by the country's official state news agency TASS.

"I think that only my mother, girlfriend and mother-in-law should like me."

With Russian and Belarusian athletes and officials excluded from all FINA events until the end of the year, Rylov has effectively been handed an additional ban of less than a month as he is currently free to compete from mid-January 2023.

After competing in his first race at the Championships yesterday, TASS reported that Rylov said: "I think I’ll survive nine months [of disqualification], anyway, there are no international starts until the end of 2022."

He appeared to double-down on his remarks today, again referencing the existing sanctions on Russia and Belarus implemented until the end of the year.

"I probably expected that, most likely, FINA would go for some kind of disqualification in my direction, because it is supported by the world, and they also support it," Rylov was quoted by TASS.

"I don’t want to reveal all the moments, I can say that I don’t lose anything much yet.

"There are no international competitions until the end of the year.

"For now, we are just thinking about what to do with lawyers, and when everything is decided, I will be able to give an exact answer."

Rylov has even suggested the ban could offer him a chance to assess his plans for 2023 and beyond, commenting: "I have to think what I want while I have the opportunity."

The 25-year-old was one of several Olympic gold medallists who attended the rally in Moscow.

Russian gymnast Ivan Kuliak, who is set to be banned by the International Gymnastics Federation for wearing the "Z" letter on the podium at the Artistic Gymnastics World Cup in Doha, was also there, wearing an Olympic medal despite never competing at the Games.

The letter "Z" is now regarded as a militarist symbol in Russia, deriving from the letter being used by the Russian Armed Forces to differentiate allied tanks.

According to the United Nations, at least 2,665 civilians have been killed since Russia launched its military offensive on February 24, and more than 5.2 million people have been forced to flee Ukraine.