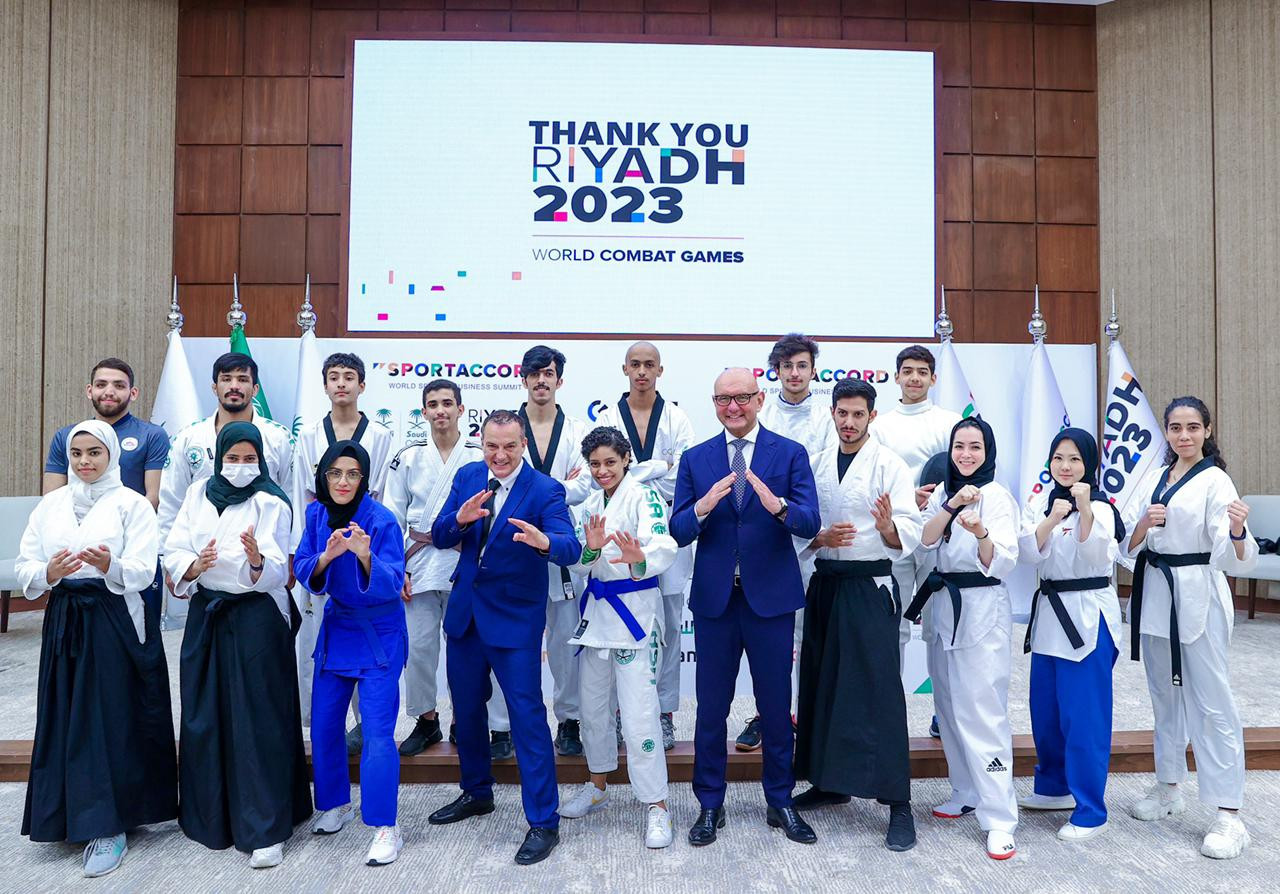 Saudi Arabia’s capital city Riyadh has been confirmed as the host of the 2023 World Combat Games, with a signing ceremony held by organisers.

The Global Association of International Sports Federations (GAISF) announced last May that Saudi Arabia would host the revived Games, which were last held in Saint Petersburg in Russia back in 2013.

Plans for the 2019 event in Taiwan were halted as the format was adjusted, before a revamped Games was awarded to Kazakhstan's capital Nur-Sultan in May 2019.

The event in Nur-Sultan was not held.

The nine-day event has now been confirmed.

"GAISF is looking forward to this incredible celebration of combat sports and martial arts in the beautiful city of Riyadh," said Ivo Ferriani, GAISF and SportAccord President.

"There is no better host for this major multi-sport games, bringing together the best athletes and their respective International Federations in a festival celebratory atmosphere."

A total of 15 sports will be contested during the Games.

A first World Martial Arts Gala will be held to honour legends of martial arts and combat sports.

GAISF have awarded the event despite uncertainty over its future, with the umbrella body potentially disbanding as part of an overhaul of the structure of the Olympic Movement.

"I would like to express our gratitude to the Kingdom of Saudi Arabia, His Royal Highness Prince Abdulaziz bin Turki Al Faisal Al Saud and His Royal Highness the Crown Prince Mohammed bin Salman Al Saud for their commitment to hosting the World Combat Games 2023, an event very much in line with the Kingdom’s ambitious Saudi Vision 2030," said Stephan Fox, GAISF vice-president and multi-sport games chairman.

"With preparations for the event already well underway and with the support of more than 15 combat sports and martial arts which are members of GAISF, we have no doubt that this event will be a huge success."

The SAOC has highlighted its recent hosting of major sporting events as forming part of the Saudi Vision 2030, which is largely based on diversifying the nation’s economy due to its current dependence on oil.

The organisation says the 2030 Vision also includes an aim to increase awareness and participation in sports in society.

"The Kingdom of Saudi Arabia is honoured to have been presented with the opportunity of hosting the world’s best athletes in Riyadh," said Prince Abdulaziz bin Turki Al Faisal Al Saud.

"I would like to express our gratitude to GAISF for their trust in selecting us to host the World Combat Games 2023, which celebrates unity and champions diversity."

Saudi Arabia’s growing involvement and investment in sport has been scrutinised, with the nation accused of sportswashing with ongoing criticism of its human rights record.

Saudi Arabia has sought to increase its status within sport by holding key positions and staging major sports events, such as securing the 2034 Asian Games.

Saudi Arabia is one of four nations bidding to host the 2027 AFC Asian Cup, as well as Qatar, India and Iran.

Saudi Arabia has also hosted a Formula 1 Grand Prix on two occasions to date in Jeddah, the Dakar Rally since 2020 and the 2019 world heavyweight title rematch between Andy Ruiz Jr. and Anthony Joshua.

The Italian Super Cup and Spanish Super Cup have also been held in Saudi Arabia.