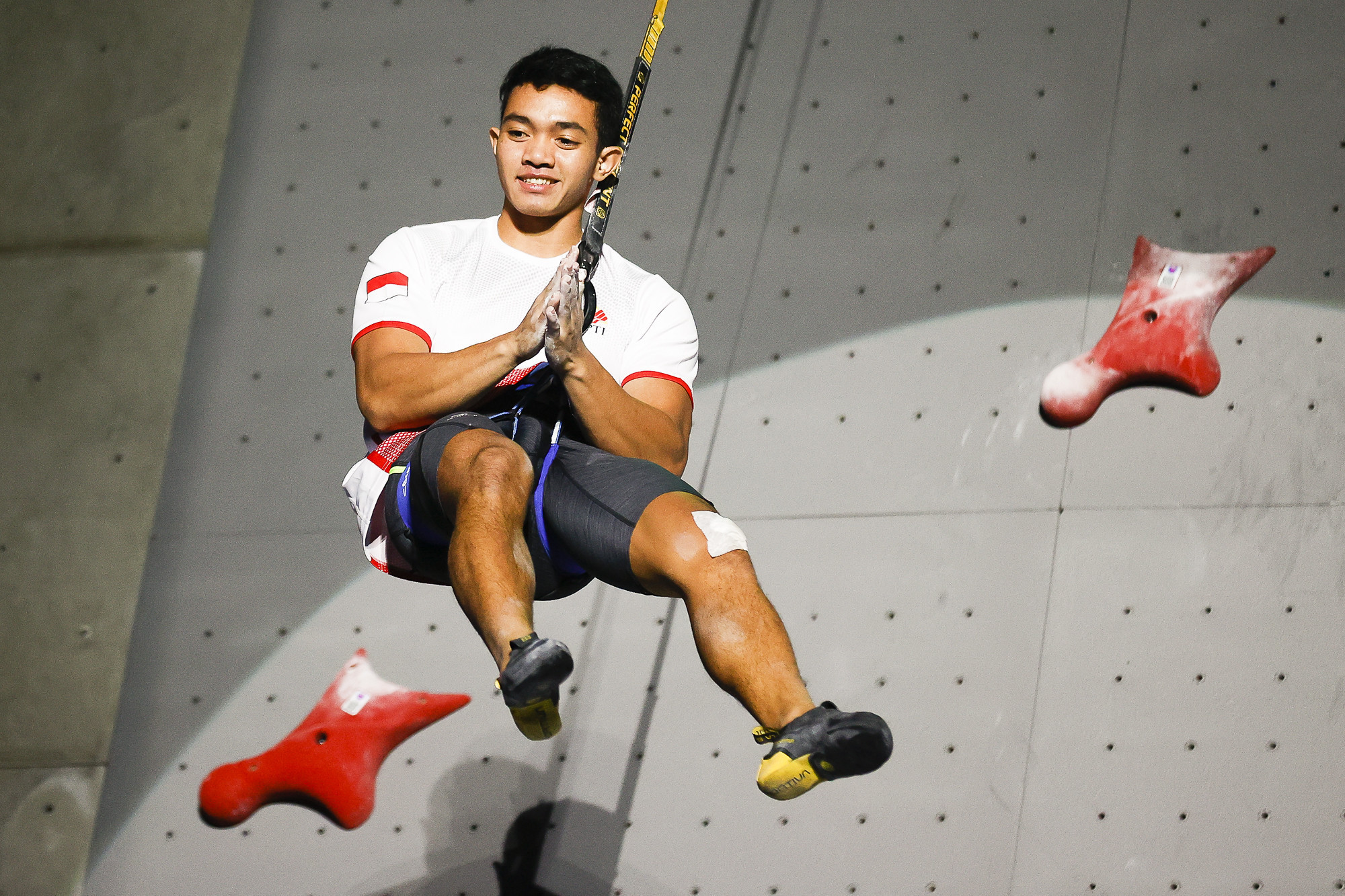 New speed world records were set on a thrilling opening day of the International Federation of Sport Climbing (IFSC) World Cup in Seoul.

Kiromal Katibin of Indonesia managed to secure the title as the fastest male climber in the world, beating the record that was set at last year’s World Cup in Salt Lake City by his compatriot Veddriq Leonardo.

In his second qualification race, Katibin set the new mark at 5.17sec, beating the previous best by 0.03.

In the women's qualification round, Aleksandra Miroslaw of Poland smashed the world record and slapped the finish pad after 6.64 - a huge 0.20 faster than the time she previously set during last year's Olympics in Tokyo.

Miroslaw did not lose her momentum and followed up the record-breaking exploits by winning the event, clocking 6.72 in the final to American Emma Hunt's 7.23.

"I am very happy, of course, but it hasn’t been my best final," Miroslaw said.

"I made a lot of mistakes in the first couple of rounds, but the semi-final and the final were pretty good.

"The mindset was completely different from the qualification, where I set the world record, everyone knows you’re the fastest one and you have to deal with a lot of pressure."

In the men's event, a trio of Indonesian climbers led by Leonardo occupied the podium, with Katibin unable to add a gold medal to his world record.

Katibin was guilty of a false start in the final, while Rahmad Adi beat Italy's Ludovico Fossali to secure bronze.

"Obviously I’m super happy, and quite excited as well, because it is the first competition of the season," Leonardo said.

"I felt very confident throughout the entire final, it feels incredible!"

The IFSC World Cup in Seoul is scheduled to run until Sunday (May 8), with boulder competition next on the agenda.