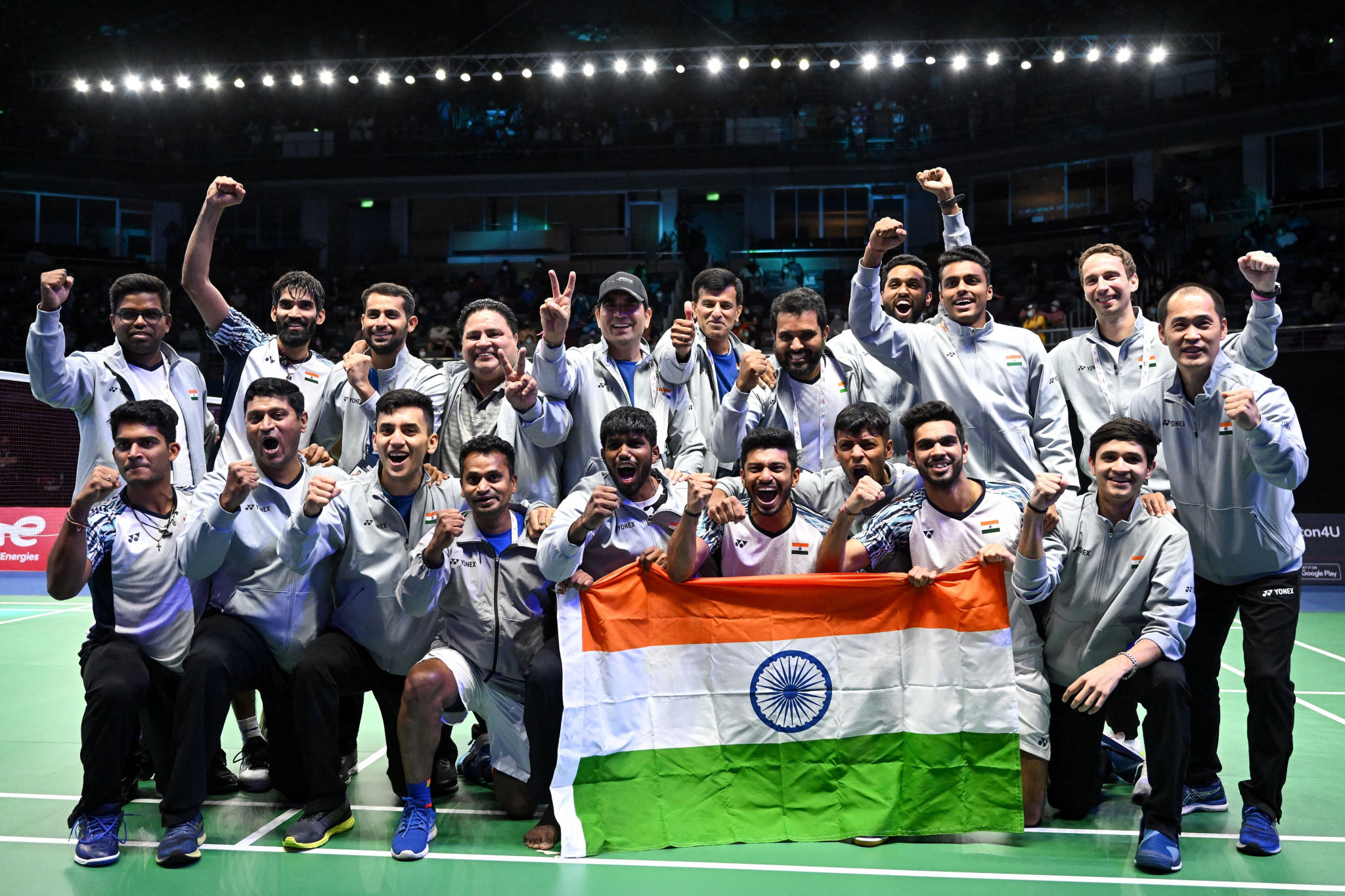 India made history in Bangkok by winning the Thomas Cup for the first time ever with a 3-0 triumph over defending champions Indonesia.

Youth Olympic Games gold medallist Lakshya Sen overcame a shaky start to give India a nerve-settling victory in the opener against the 14-time gold medallists.

Srikanth Kidambi then put the nail in the coffin with a commanding 21-15, 23-21 defeat of Jonatan Christie after 48 minutes to seal the memorable victory and take their head-to-head record to five wins apiece.

The result has sparked celebration across India with several notable names offering their congratulations to the team.

"The entire nation is elated by India winning the Thomas Cup!

"Congratulations to our accomplished team and best wishes to them for their future endeavours.

"This win will motivate so many upcoming sportspersons."

The accomplishment was also picked up by major stars in other sports with former Indian cricket captain Virat Kohli commenting, "a historic achievement and a massive moment for Indian badminton."

"What a moment for Indian sport - we are Thomas Cup champions for the first ever time, and we beat the best to make it happen," said Sunil Chhetri, capped 125 times for the Indian national football team.