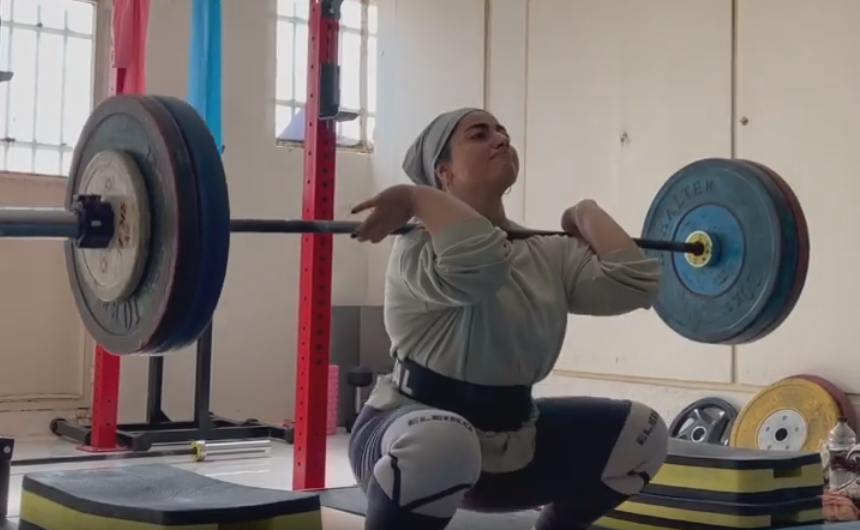 Iran’s top two female weightlifters have both left their homeland for good and want to compete for Germany.

One of them, 27-year-old Parisa Jahanfekrian, has already begun the process by applying for political asylum and told insidethegames from Germany, "I am really hopeful about it."

She said she was from the "repressed, forgotten part" of Iranian society - its women.

The other is 17-year-old Yekta Jamali, who "disappeared" last week from the International Weightlifting Federation (IWF) Junior World Championships in Greece.

Another asylum-seeking Iranian, the male Paralympic powerlifter Amir Mohammad Shahnavazi, has told Iranian media that he helped Jamali to escape to the free world and had accompanied her to Germany from Heraklion, Crete, where the Junior World Championships were held.

Jamali will also seek asylum in Germany, he said.

Jahanfekrian could not say where Jamali was but said, "I know that she is safe."

Florian Sperl, President of the German Weightlifting Federation, pointed out that any request for asylum would be dealt with by the Government, and that sports authorities would play no role in the women's future unless and until asylum was granted.

"I am not involved in this at all," he said.

Two other Olympians who fled Iran now live in Germany and both competed for the International Olympic Committee's Refugee Olympic Team in Tokyo last year.

They are the taekwondo player Kimia Alizadeh, who became the first female in any sport to win an Olympic medal for Iran at Rio 2016, and the canoeist Saeid Fazloula.

Jahanfekrian was in Iran’s first female team to compete at the IWF World Championships in 2019, and was the country’s first woman to earn a place at the Olympic Games last July.

She was unable to compete in Tokyo, however.

When she said something the Iran Weightlifting Federation (IRIWF) did not like, she was suspended.

The IRIWF said she had no chance of qualifying for Tokyo so, during her suspension, Jahanfekrian decided to undergo hand surgery, which she could have delayed.

Soon afterwards she learned that she had qualified for Tokyo when a Samoan ahead of her in the rankings was unable to travel - but because of the surgery she was not fit to compete.

She will air her views on the way female athletes are treated in Iran in an exclusive interview for insidethegames tomorrow.

Jamali competed at IWF World Championships three times in the past year, twice as a junior and once as a youth, and won medals in all three.

"Three years ago there were 20 females in the Iran national team training camp," said Jahanfekrian.

"When I was in a training camp last year there were three."

She said the poor training conditions, lack of pay and discriminatory, disrespectful treatment of women were the cause of the female team’s demise.