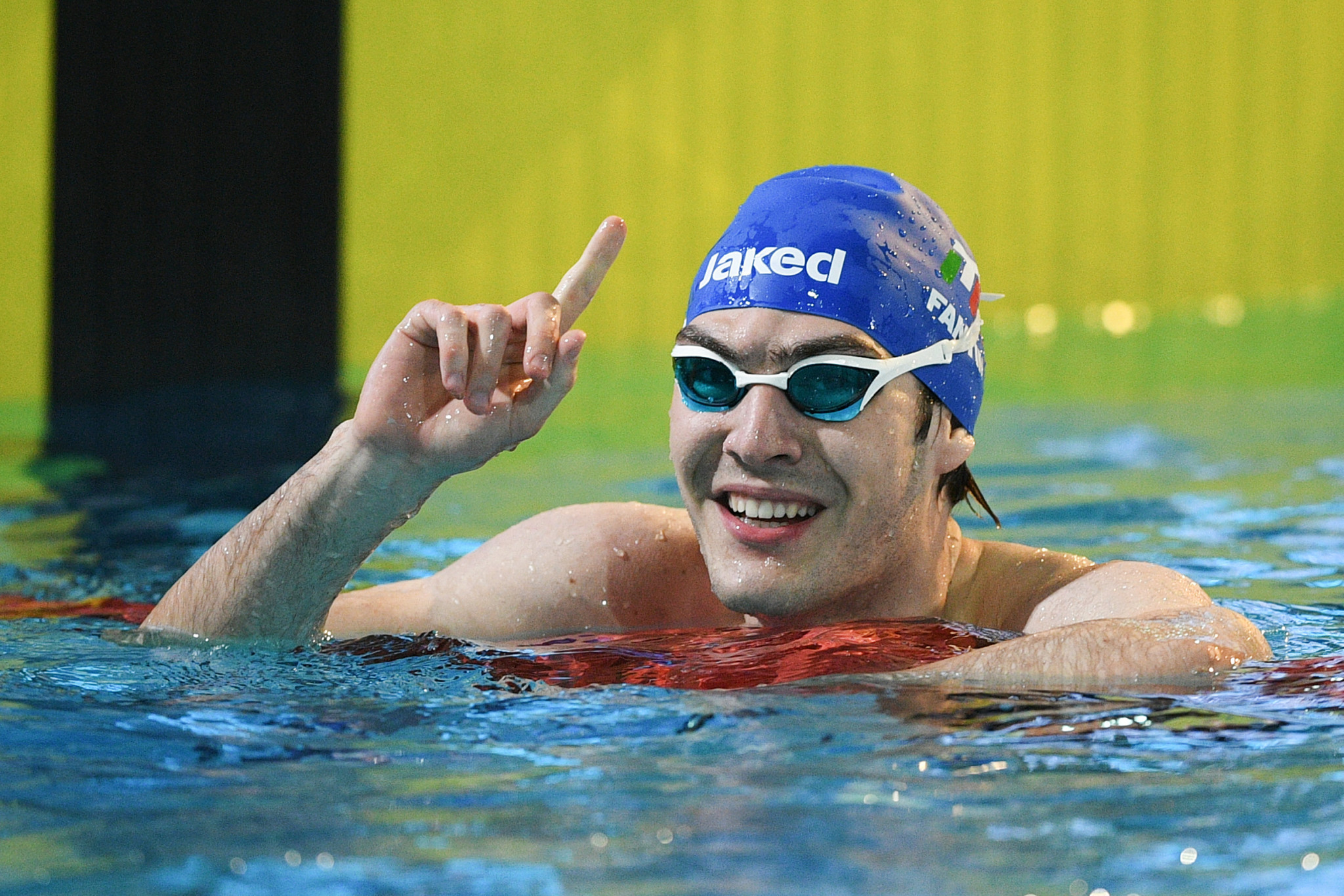 Italian Antonio Fantin and Timothy Hodge of Australia broke world records on the second day of the World Para Swimming Championships in Madeira on their way to gold medals.

He was was joined on the podium by Nelson Crispin Corzo of Colombia and Laurent Chardard of France.

Near the end of the night, Hodge was able to hold off Ugo Didier from France in the men's SM9 200m individual medley final in a time of 2:13.43, with the pair far ahead of the rest of the field.

Bronze went to Federico Morlacchi of Italy, more than seven seconds off the pace of the winner.

Tanja Scholz of Germany set a new championship record in the women's S4 100m freestyle in 1:20.70, beating the Brazilian pair Lidia Vieira da Cruz and Patricia Pereira dos Santos, who joined her on the podium.

Australian Benjamin Hance set his own event record in the men's S14 100m backstroke in a time of 57.34sec, with Gabriel Bandeira of Brazil and Alexander Hillhouse of Denmark completing the podium.

Four Americas records were set in finals today too, the first coming from Argentina's Inaki Basiloff in the men's S7 400m freestyle in a time of 4:38.87, with Federico Bicelli of Italy and Andrii Trusov of Ukraine more than four seconds back for the other medals.

American Colleen Young set a new best of 1:14.79 in the women's SB13 100m breaststroke final to narrowly beat Elena Krawzow of Germany to the gold, by 0.02.

Rebecca Redfern was third for Britain.

Rounding off the night with the final Americas record was Brazil's mixed 4x50m freestyle relay team in a time of 2:20.40 - more than 12 seconds in front of silver medallists Mexico and ix excess of 19 in front of bronze medallists Italy.