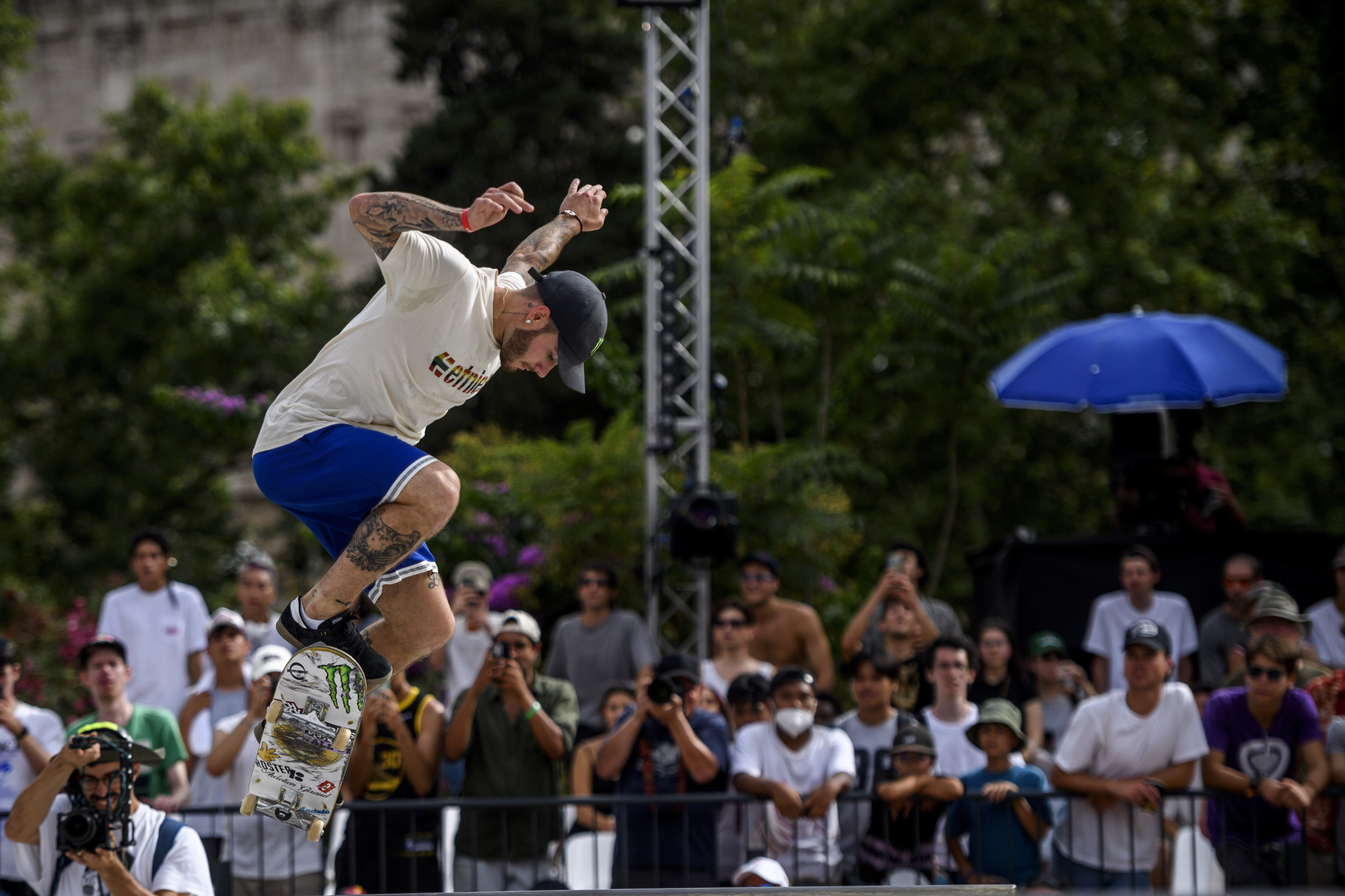 France's Aurélien Giraud and Japan's Funa Nakayama started their campaigns at the World Street Skateboarding Pro Tour in Rome by topping the standings in the men's and women's quarter-finals.

Acting as one of the first opportunities to secure ranking points towards the Paris 2024 Olympic Games, the top skaters flocked to the Italian capital.

Giraud was the first of the 16 qualifiers for tomorrow's men's semi-finals, scoring a best run of 85.43 points, far in front of second-placed Canadian Micky Papa on 82.42.

Mauro Iglesias of Argentina was third with 81.21 and American Nyjah Huston was close behind on 81.06 in fourth.

Completing the top five was Gustavo Ribeiro of Portugal on 80.93, while Chris Joslin of the United States was sixth with a score over 80 too.

Olympic bronze medallist Nakayama was top of the women's competition with a best of 83.45, while her compatriot and Olympic champion Momiji Nishiya was second on 80.74.

A third Japanese was in the top five - Rizu Akama on 77.79 - while Australian Chloe Covell and Brazilian great Pamela Rosa followed.

Coco Yoshizawa, Aoi Uemura, Miyu Ito, Yumeka Oda and Nonoka Nakajima also made the cut for the semi-finals, meaning half of the field are to hail from Japan.

Dutch skater Candy Jacobs was the biggest name to exit at this stage.