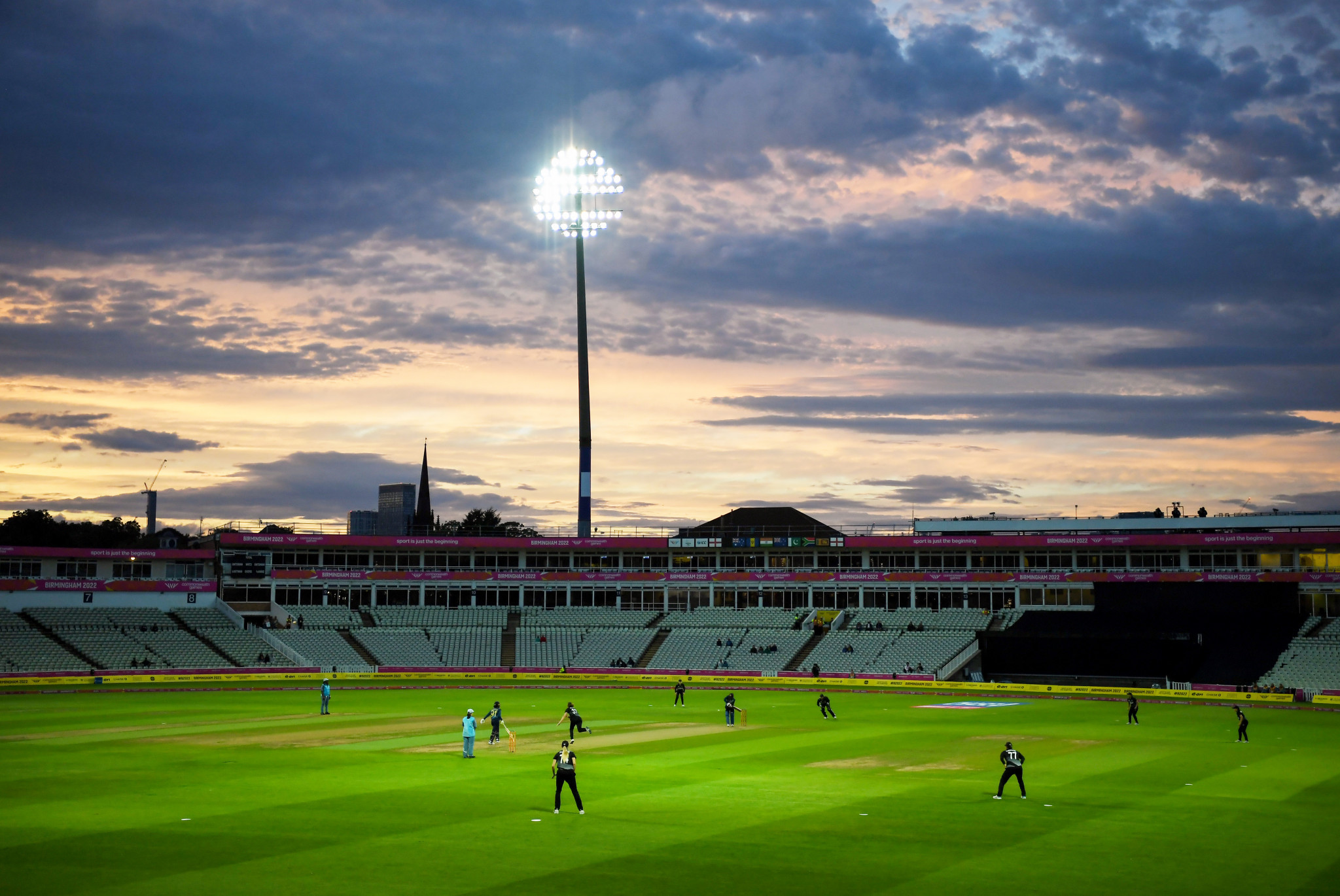 New Zealand’s emphatic 45 run victory over Sri Lanka in the evening match ensured that both they and England would qualify for the semi finals in the Commonwealth Games T20 cricket with a match to spare here.

New Zealand won the toss and elected to bat first against Sri Lanka.

After their fine opening stand in the first match, Sophie Devine and Suzie Bates put together a sound partnership once more.

This time Devine hit 24 but although Bates again top scored she was dismissed for 34 as New Zealand reached 147-7.

"The first innings we didn’t score as many runs as we wanted to but it was good to get everyone a bat," Hayley Jensen said.

Inoka Ranaweera claimed 3-30 in her three overs as the pick of the Sri Lankan bowlers.

Sri Lanka lost Chamari Attapaththu for a duck in the first over and fell further and further behind the run rate required.

"It is a massive relief, I’ve been playing in the team since 2014 and I have not made a semi-final so its really good for us having a new coach on board, new fresh faces has brought a lot of confidence to the team," she added.

Earlier in the day England had beaten South Africa by 26 runs,

England had been put in and Alice Capsey’s maiden international half century was the basis for their total of 167-5, but she was dismissed shortly after reaching the milestone.

England faltered at 94-5 before an impressive unbroken sixth wicket partnership of 73 between wicketkeeper Amy Jones who made 36 not out and Katherine Brunt who struck an unbeaten 38.

Brunt hit the last ball of the innings for six.

"The way that Amy and Katherine play is the way that we want to perform all the way down the order, their partnership was really crucial for us at the end there," Nat Sciver said.

She was skippering the side again because regular captain Heather Knight had still not recovered sufficiently from a hip injury.

In the South African innings, Anneke Bosch and Tazmin Brits constructed a fine opening partnership of 64 but it took them nine overs which saw them fall below the asking rate.

Laura Wolvaardt struck 41 not out in 33 balls to finish as South Africa’s top scorer, but they ended on 141-4, 26 runs short of their target.

The result means that South Africa are out and face a dead rubber on Thursday (August 4) against Sri Lanka, who are also eliminated.

Australia have already qualified from Group A and face Pakistan in the first match tomorrow.

India and Barbados meet in the second match tomorrow to decide the other semi-final place.