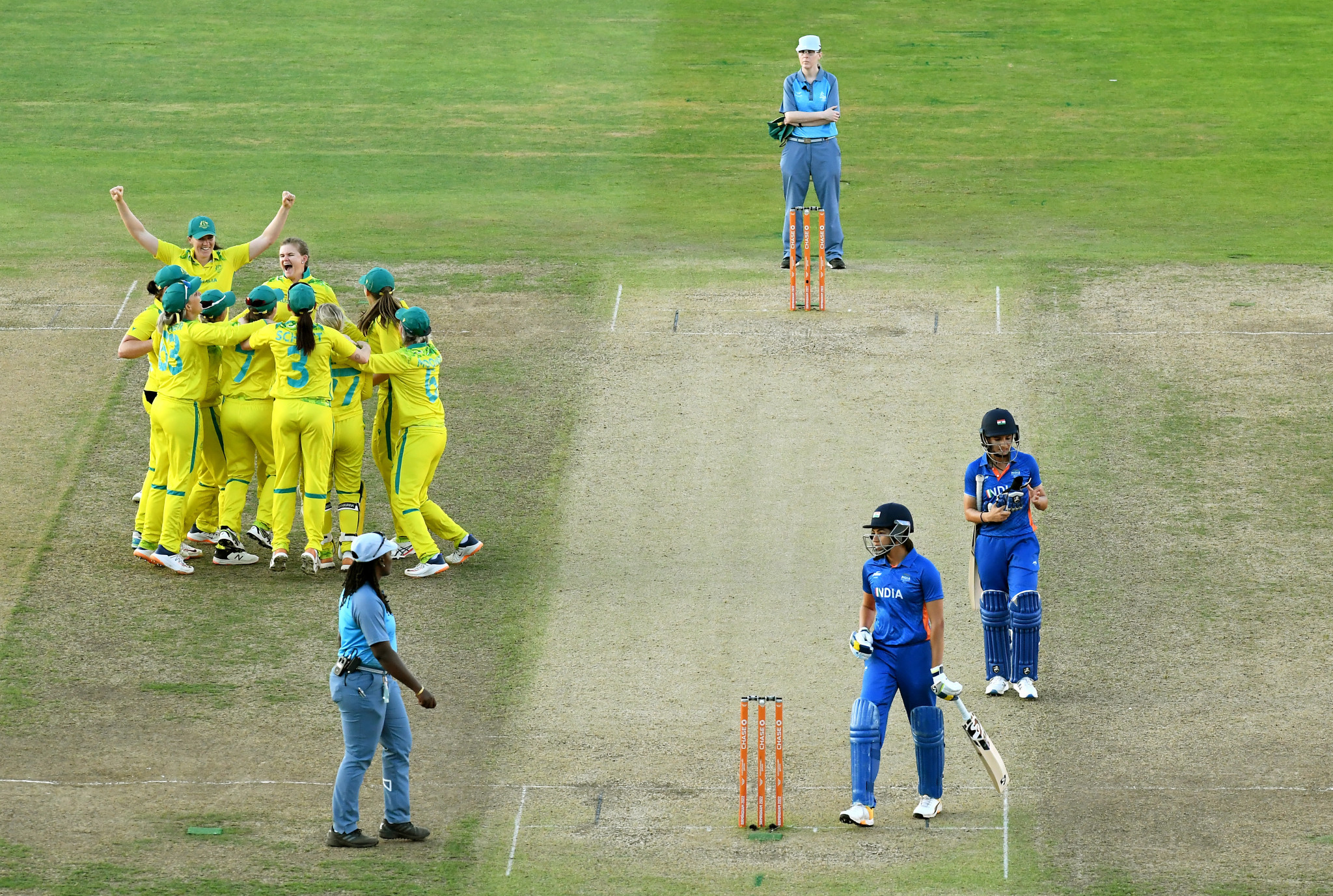 The final at Edgbaston Cricket Ground proved to be another captivating match which ebbed and flowed throughout.

Australia slowed when Lanning was run out for 36.

Tahlia McGrath had been allowed to play despite testing positive for COVID but she was dismissed for two as Yadav took a good catch off the bowling of Deepti Sharma.

Gardner joined Mooney in a stand of 38 for the fourth wicket which restored the momentum to the innings.

Mooney eventually went for 61, but Rachael Haynes scored a brisk 18 as they totalled 161 for 8.

India made a rapid start to their innings but the early departure of the stylish Smriti Mandhana and fellow opener Shafali Verma were major setbacks.

Yet when skipper Harmanpreet Kaur put on 96 for the third wicket with Jemimah Rodrigues, Indian hopes were raised.

Megan Schutt put the brakes on, by dismissing Rodrigues for a run a ball 33.

Ashleigh Gardner removed Harmanpreet Kaur for 65 and Pooja Vastraka for a single in successive deliveries.

"We could easily have won this game," reflected Kaur afterwards.

"This is something we have to learn whenever we get to this situation as a team we have to fight hard."

There were three run outs in the latter part of the Indian innings before Jess Jonassen trapped Yastika Bhatia off the last ball to ensure Australia’s victory by nine runs.

"We scrapped our way through for the majority of our wins," Jonassen said.

Although skipper Nat Sciver made 27, wicketkeeper Amy Jones contributed 26, while Sophie Ecclestone with 18 was the only other player to reach double figures.

Sophie Devine and Suzie Bates put on 54 for the first wicket to set New Zealand on the road to victory.

Devine finished unbeaten on 51 after an unbroken third wicket partnership with Amelia Kerr saw them home.

"A lot of people weren’t expecting us to take the bronze medal so it probably hasn’t sunk in, yet being able to take away a bit of not quite silverware but a bit of jewellery, this group is only going to go up," she added.