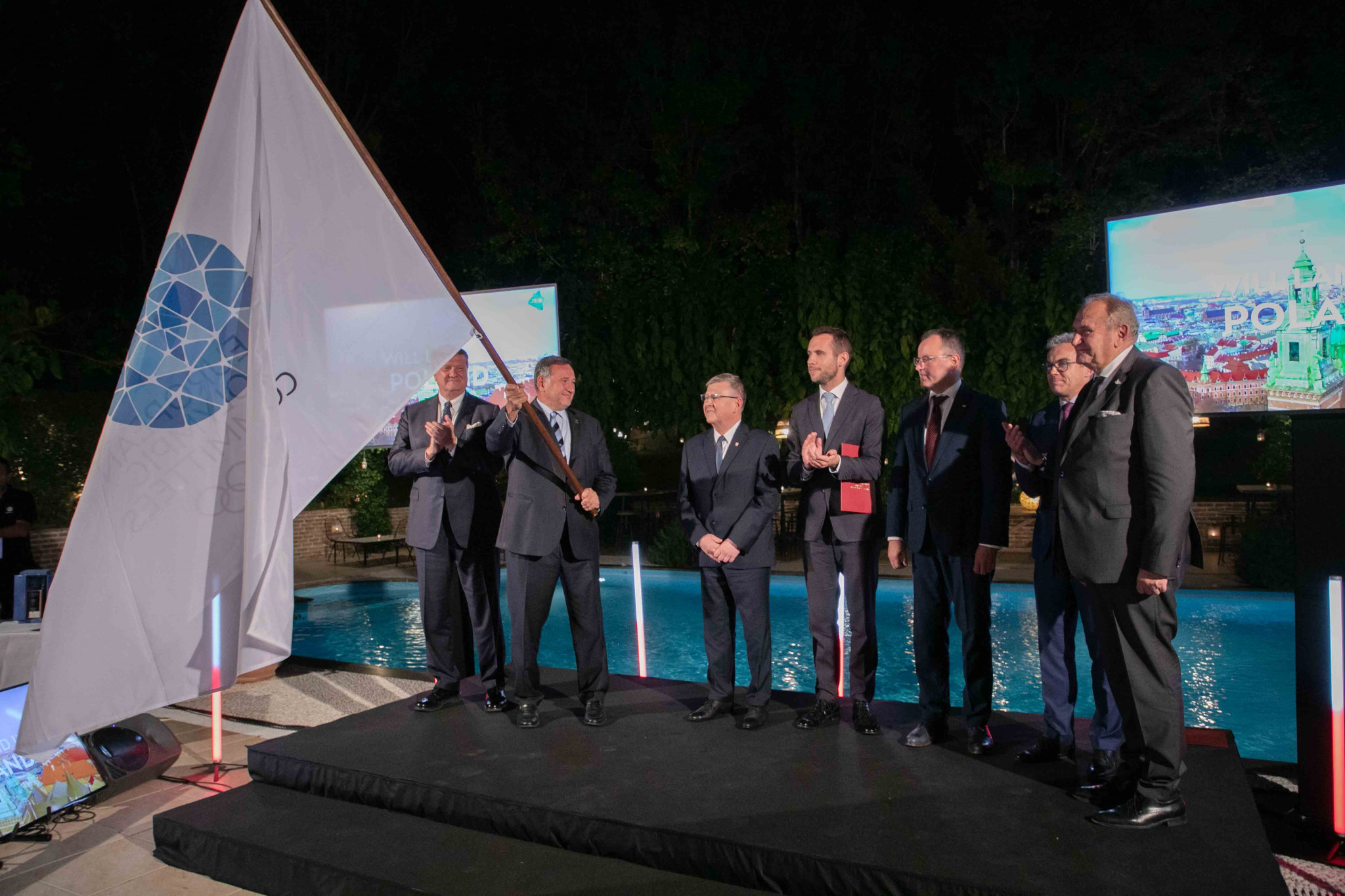 EOC President Spyros Capralos presented the flag to senior representatives from Kraków and the Małopolska region at an official handover ceremony following the first day of the organisation’s annual seminar in Ancient Olympia.

The build-up to next year’s European Games has faced uncertainty due to delays in the signing of the Host City Contract which was finally ratified in May, but Arat insisted the EOC remained confident that a deal would get over the line.

"During the past three years, we had a lot of problems with COVID-19, the Russian invasion of Ukraine, economic crisis, energy crisis," Arat told insidethegames.

"Despite all of these things, the Polish Government stood very strong and with the progress of all the promises we are coming to a very positive situation.

"What [legendary Polish composer Frédéric] Chopin said in his words was that 'time is the best censor and patience a most excellent teacher'.

"With our time and patience, I think the Polish side and the European Olympic Committees together achieve a very important goal.

"We are sure that we are going to deliver the best Games to our athletes.

"It took so long to sign the Host City Contract and to finalise the financial and organisational sides but the motto is 'we are unity' and today it shows that we are strong together."

Among the challenges faced by Poland has been its relief efforts in response to the war in Ukraine.

Since Russia launched its full-scale invasion, about 6.5 million refugees have crossed Ukraine’s western border into Poland.

"We had difficult times but we never lost our trust, that’s why I am talking about patience," added Arat, who is also an EOC and World Athletics Executive Board member and vice-president of the Turkish Olympic Committee.

"They are trustworthy people.

"They had more refugees but even with this difficult situation they never gave up.

"Our duty is to deliver a great Games to the nation of Poland and all the European nations."

Krasnicki described the handover ceremony as an "historic moment" for Poland as they look to step up preparations for the Games that are due to open in fewer than nine months’ time.

"It is an honour to have this ceremony take place at the birthplace of the Olympic Movement," said Krasnicki.

"I am confident that the Games will emphasise the true meaning of the Olympic Values of excellence, friendship and respect, and that our athletes will enjoy their experience in Poland."

Capralos added: "I would like to thank President Krasnicki for his tireless work to ensure that the European Games of Krakow Malopolska becomes a reality under the slogan 'we are unity'.

"Much hard work remains, but I have no doubt together we will deliver the event that our best athletes deserve, after the difficult years we have all known."

Kraków-Małopolska 2023 is the third edition the European Games, following on from Baku in 2015 and Minsk in 2019.