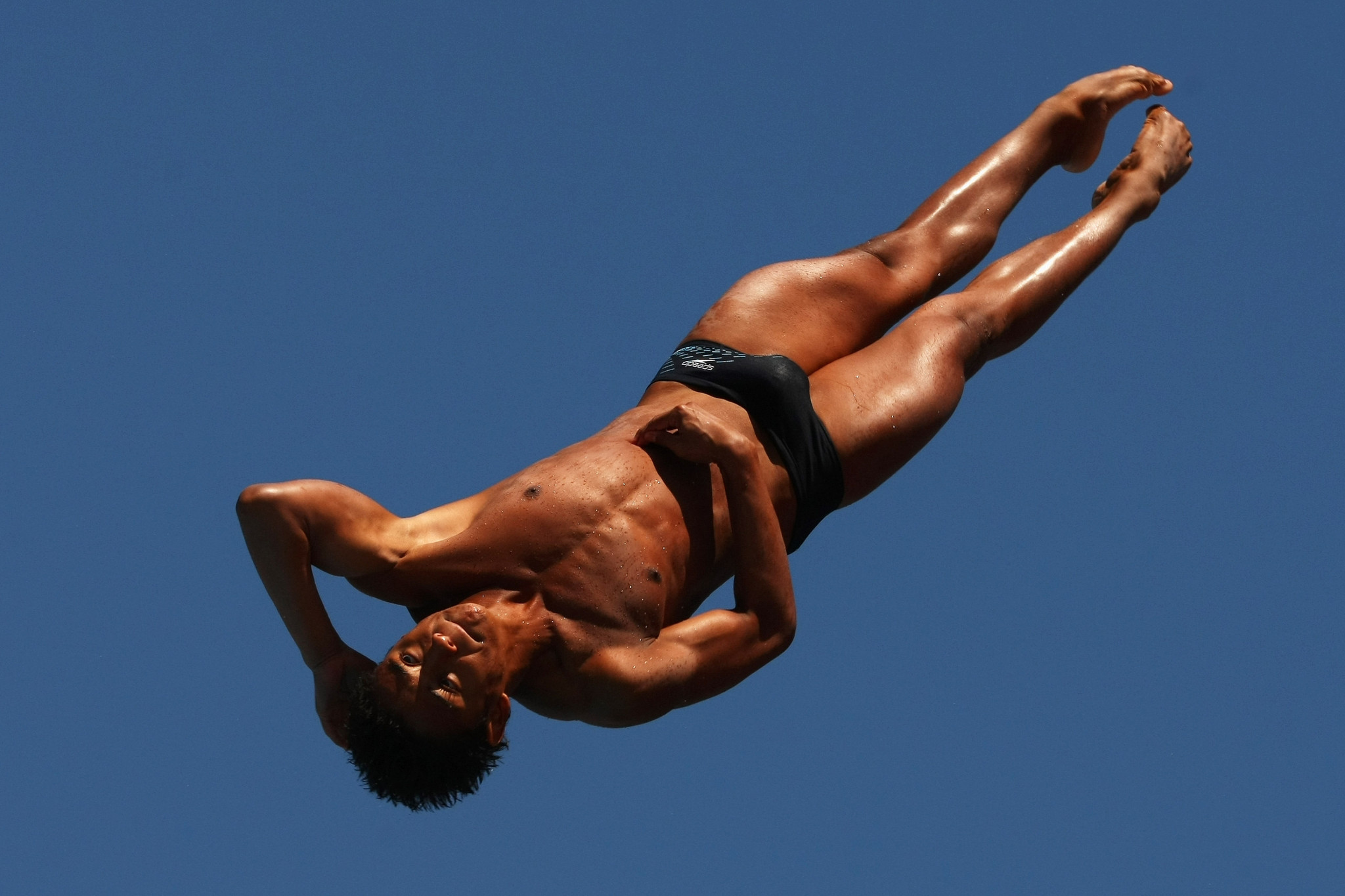 Colombia claimed all the gold medals in diving and speed skating today on the third day of the South American Games in Asunción, while Brazil signed off in triathlon by taking the mixed team relay title.

Sebastián Villa Castañeda upgraded a 2014 silver at the Games to a gold in the men's 10-metre platform final in diving with a score of 430.60, ahead of Jesús Liranzo - former Venezuelan Olympic diver who now represents Peru - who scored 409.75.

Bronze went to the second Colombian Alejandro Solarte with a score of 383.20, finishing in front of Brazilian Diogo Adriano Dias on 378.90.

Viviana Uribe Bermudez added another Colombian gold in the women's 3m springboard final, defeating compatriot Daniela Zapata Correa with a score of 274.10 to her opponent's 272.50.

Luana Lira from Brazil - the 1m springboard silver medallist - added a bronze in the higher event, with a total of 245.60 to Peruvian Ana Cristina Ricci Cabrejos' 243.80.

Speed skating concluded today, with two more golds for the Colombians in the roller events.

Jorge Bolaños from Ecuador was second on 22, followed by Raul Ivan Pedraza Toro of Chile on five.

Gabriela Rueda claimed the women's title with a total of 35 points, defeating her compatriot Luz Karime Garzón who tallied 30 points.

Rocio Berbel Alt claimed the bronze medal with one point.

Finally, Brazil claimed the last title in triathlon with their quartet crossing the line in 1 hour 17min 22sec.

Colombia followed in second in 1:19.10, 20 seconds ahead of the bronze medallists Ecuador.