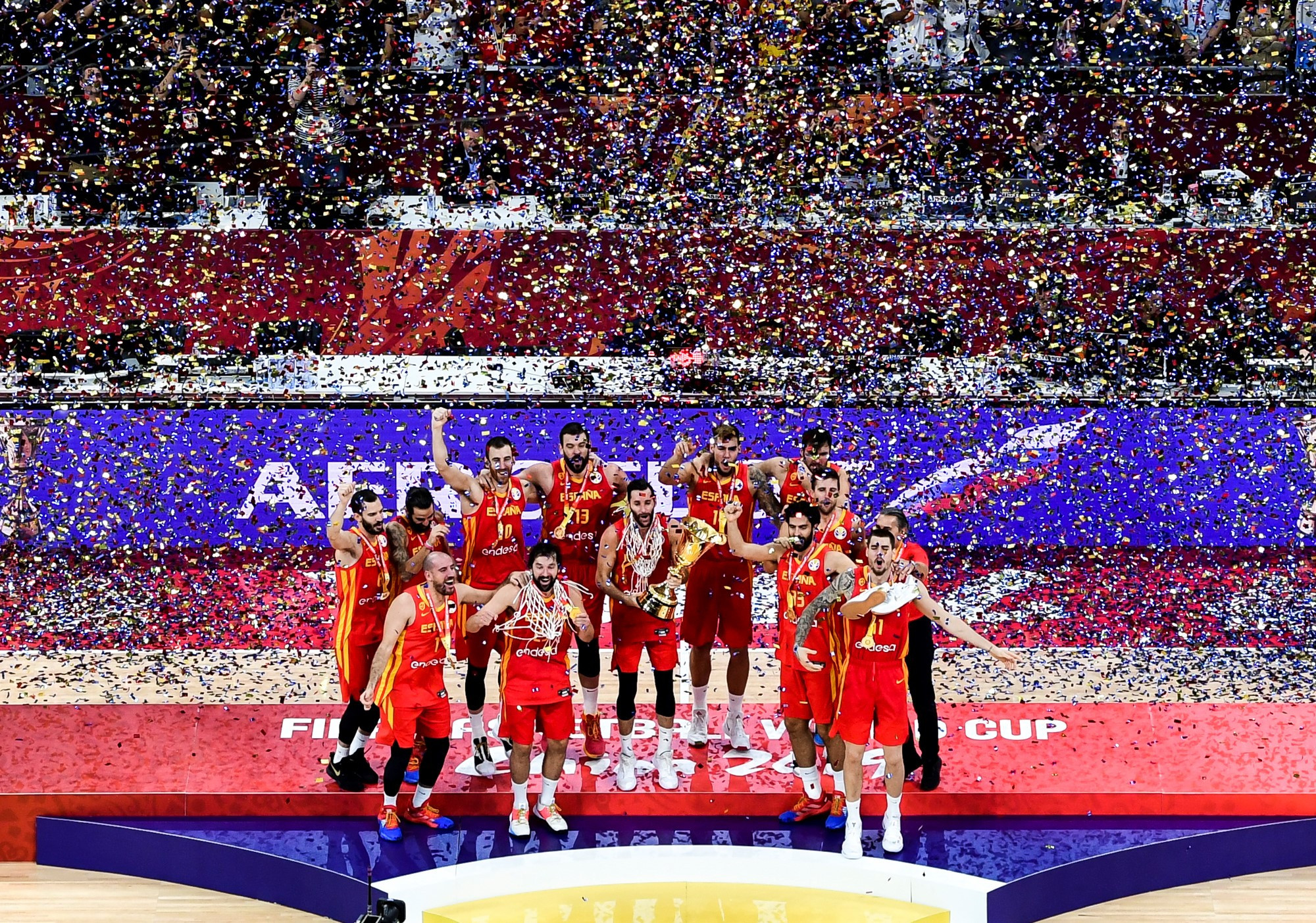 Spain have leapfrogged the United States in the International Basketball Federation (FIBA) men's world ranking to become just the second team to hold pole position since the introduction of the leaderboard in 2010.

Spain's ascension comes from their consistency in recent years as they captured titles at the 2019 World Cup and EuroBasket 2022, while also reaching the quarter-finals of the Tokyo 2020 Olympics.

Although the US won gold at the most recent Olympic Games, they were eliminated from the World Cup at the quarter-final stage before finishing third in the 2022 AmeriCup.

"[Today] is already a date that will remain in the memory of all of us who love basketball because for the first time in history Spain occupies first place in the FIBA men's ranking," said Spanish Basketball Federation (FEB) President Jorge Garbajosa.

"I wanted to share all the happiness with you and thank all the people and institutions that have been working for many years.

"It is a symbolic title but for us it is of great importance.

"We are going to face the year of the centenary from the first position of the world ranking."

The FEB is preparing to celebrate 100 years since its foundation in 1923.

A key component in Spain's good results has been the development of a large pool of players available for selection.

In his reign, since 2015, Scariolo has used 29 players, with nine of them playing in six or more games.

The rest of the top 10 in the ranking remaineds unchanged with Australia, Argentina, France, Serbia, Slovenia, Lithuania, Greece and Italy staying put.

The biggest rising in the ranking is Thailand as they won all four of their games in the Asia Cup 2025 pre-qualifiers in the November window to move up 10 spots to 92nd.