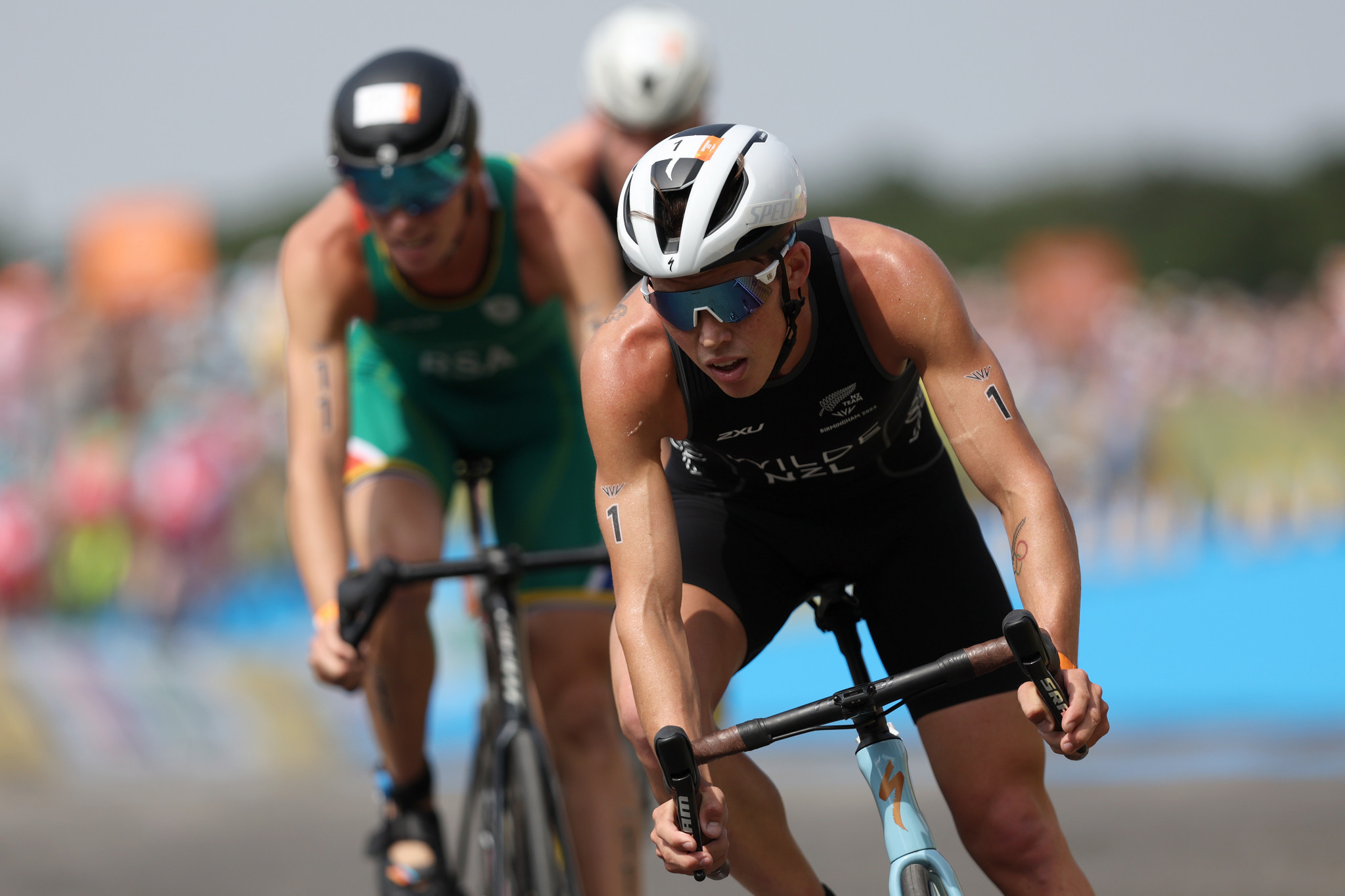 World Triathlon has rejected an appeal from Triathlon New Zealand against the 10-second penalty handed to star male athlete Hayden Wilde at the Birmingham 2022 Commonwealth Games.

Wilde was found to have made an error in transition from bike to run during the men's individual event at the Games having unclipped his helmet before racking his bike.

He received praise for allowing Britain's Alex Yee, competing in English colours, a free run to the finish line to earn the home crowd's adulation, aware that he had been penalised.

Triathlon New Zealand said it was "disappointed" that its appeal had been dismissed, claiming that "there was no evidence of Wilde doing what was alleged".

"Indeed, Tri NZ and Wilde contend that the evidence available supported Wilde’s position that he did not unclip his helmet but rather prepared to unclip it once his bike was racked," the statement from the national governing body read.

"However, the World Triathlon Tribunal did not agree and determined that in the absence of evidence of the penalty being imposed in "bad faith", they would defer to the judgement of the officials on the ground, giving deference to a decision that was made on the 'field of play'."

Triathlon New Zealand has opted against appealing to the Court of Arbitration for Sport against the World Triathlon decision.

Its chief executive Pete de Wet praised Wilde for his actions on the day in Birmingham, arguing that "he represented both New Zealand, and himself, with a high degree of integrity and sportsmanship".

De Wet added Triathlon New Zealand is "proud of the way Hayden has put the disappointment of the penalty in Birmingham behind him".

Yee is his closest challenger and looking to leapfrog the New Zealander to be crowned world champion.

Wilde is seeking to move on from the disappointment of having to settle for silver at Birmingham 2022.

"I know what I did and I know what I did wasn’t wrong [in Birmingham] but at the end of the day you kind of can’t dwell on the past, you’ve just got to look to the future and I think that is what I’m doing currently," he said.

"I’ve got my eyes set on a different goal now, as much as I wanted that gold medal in Birmingham.

"I’ve got my eyes set on being crowned a world champ which I think is a huge opportunity for me and for New Zealand."