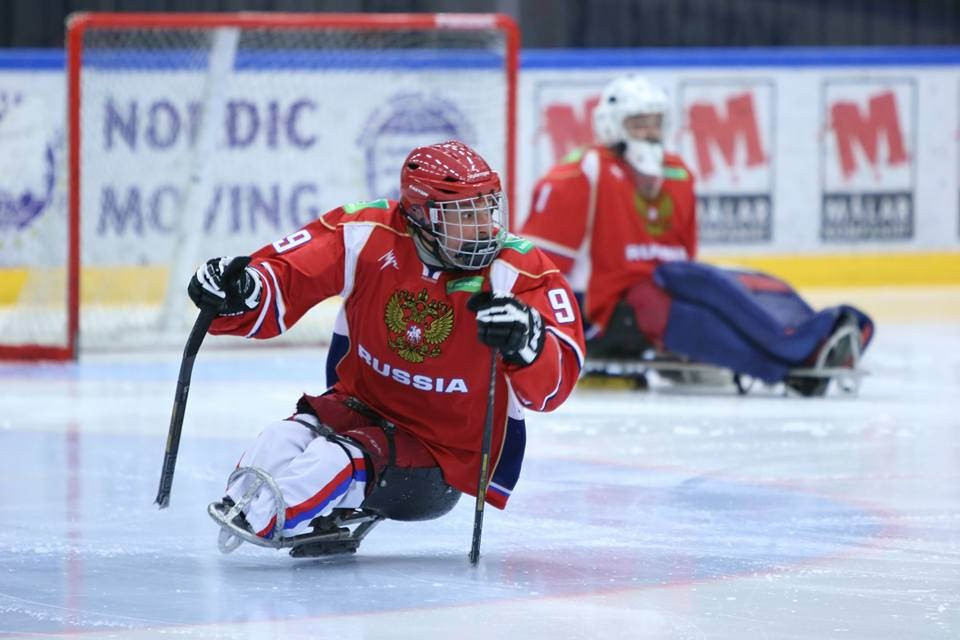 Nikolai Terentev helped himself to a hat-trick as Russia beat Italy 4-1 to maintain their 100 per cent record at the International Paralympic Committee (IPC) Ice Sledge Hockey European Championships in Sweden.

Sandro Kalegari gave defending champions Italy a 1-0 lead in the first period at the Östersund Arena, an advantage they held until the first interval.

Terentev then began his one man mission to be a thorn in the Italians' side, however, bagging a brace in the second period to put Russia in front.

The hat-trick goal for Terentev arrived in the final period as Russia edged closer to overall victory in the tournament, with Konstantin Shikhov adding some extra gloss to the scoreline with the fourth.

The Russians - the Paralympic silver medallists from Sochi 2014 - just need to win their final round robin clash with Norway tomorrow to seal the title.

They are also likely win the title with a defeat thanks to a far superior goal difference.

Norway made it three wins out of four by beating Czech Republic 4-1, while hosts Sweden claimed a first win by beating Germany on penalty shots.

The match finished 2-2 with the Swedes delighting their own fans by triumphing 2-1 in the shoot-out.