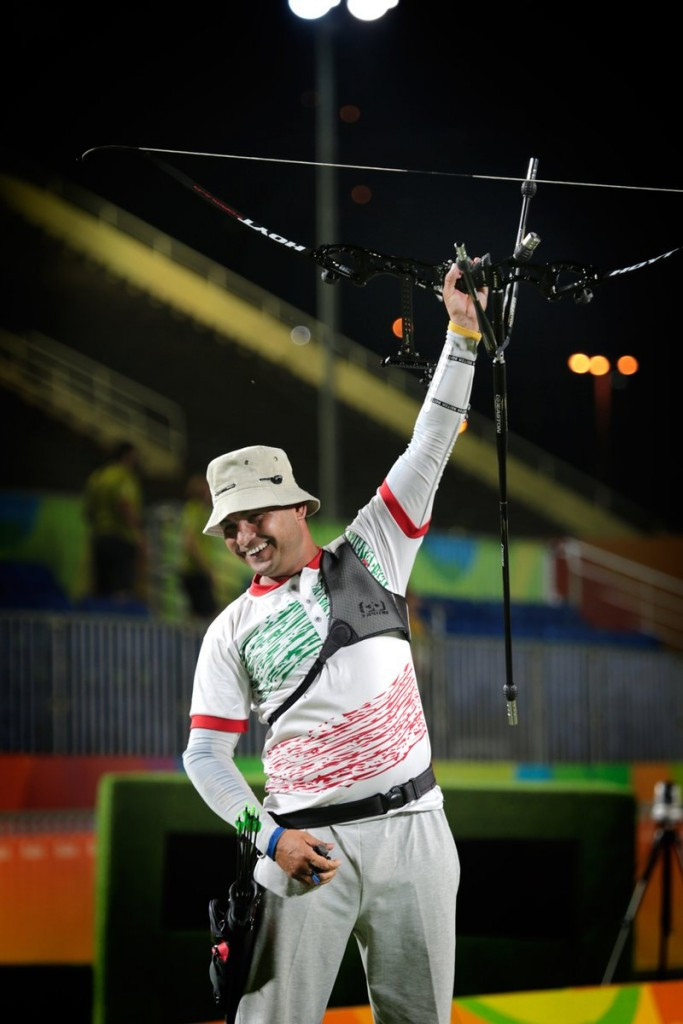 Gholamreza Rahimi of Iran shot two perfect sets as he clinched the Paralympic Games gold medal in the men's individual recurve event with a battling 7-3 triumph over Thailand's Netsiri Hanreuchai at the Sambódromo today.

The Iranian chose the perfect moment to earn his best-ever victory as he put in a superb display in what proved to be an entertaining final.

Rahimi started sluggishly, however, recording a score of 23 as he dropped the opening set after Hanreuchai managed two nines in an overall 26.

The performance from the Thai archer saw him move into a 2-0 lead, which was quickly wiped out in the second as Rahimi found the dead centre of the target with all three of his arrows to level the gold medal match at 2-2.

Rahimi's improved showing seemed to give him renewed belief and he turned the gold medal encounter on its head, hitting a fourth consecutive 10 amid a total of 27 to edge 4-2 in front.

The finalists found their mark in the fourth set as they each recorded the maximum score of 30, ensuring both competitors took a point, before Rahimi closed out a deserved victory by winning the fifth 27-25.

Such was the standard throughout the final, Rahimi believes his battle with Hanreuchai would not have looked out of place at the Olympic Games.

"The most important thing is to see our flag going up here in the Paralympic Games," he said.

"When people in public say that the standard of the Paralympics is lower, I can say, 'No, it is the same'.

"This final match was the standard of an Olympic Games - not a Paralympic Games."

Iran were guaranteed the chance to top the podium in the event after Ebrahim Ranjbarkivaj lost out to his compatriot 6-4 in a hard-fought semi-final.

But the Iranian archer was able to end the competition on a positive note as he ended home hopes of a medal by comfortably beating Luciano Rezende of Brazil 7-1.

"Defending the motherland, defending your homeland is the duty of everybody in the country and I am proud to be one of those guys who went to the front to defend their country," Ranjbarkivaj said.