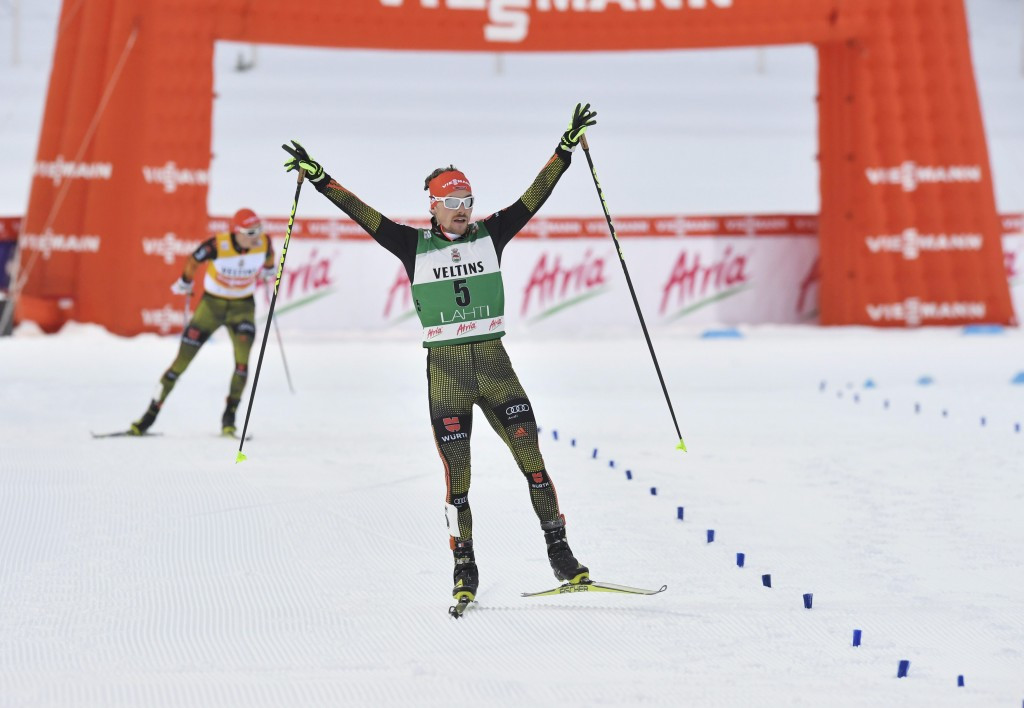 Frenzel had won four of the previous seven World Cup events this season before today, with Rydzek triumphing at the other three to deny any other country the chance to stand on top of the podium.

It looked like Frenzel might make it back-to-back victories in Lahti after he topped the jumping section with a leap of 130.5 metres for 137.1 points.

However, Rießle was well positioned with his leap of 125.5m, for 133.1 points, placing him fifth prior to the cross-country section.

That left him 16 seconds behind Frenzel, with a group of five skiers forming around yesterday's winner on the first uphill section of the course.

A fine burst of speed from Rießle saw him break away from his team-mate and finish first in a time of 25min 44.2sec.

Rydzek was only placed 15th after the ski jumping, to put him nearly a minute adrift of the pace, but he was the quickest on the cross-country track and came home third in 25:55.8.

Rießle sits in third on a tally of 478, with the World Cup season set to resume in Val di Fiemme in Italy on January 13.