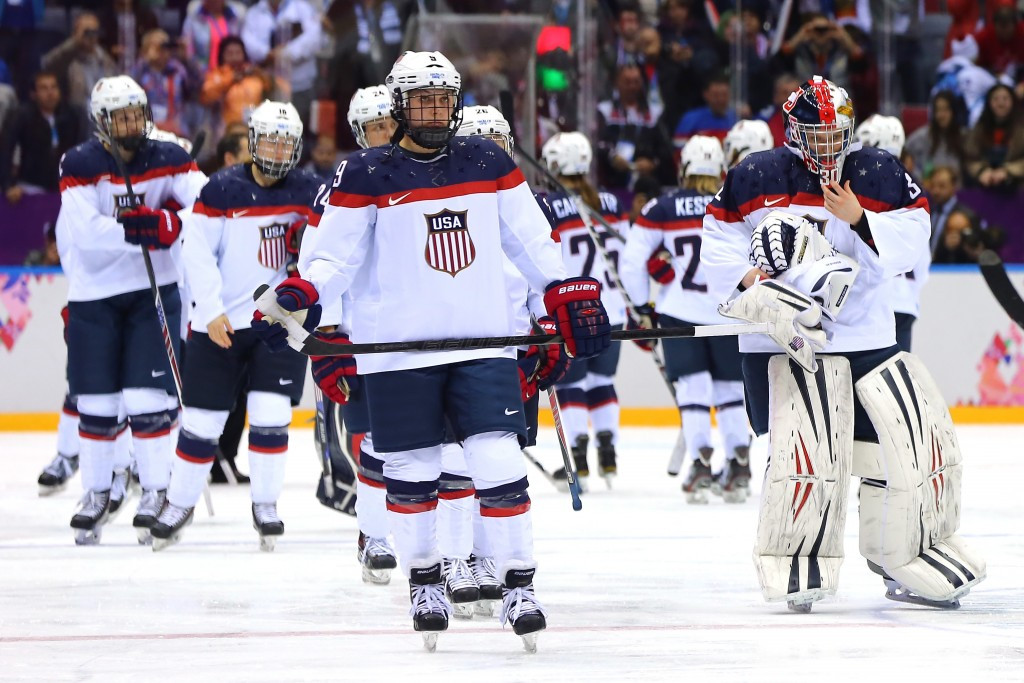 Defending champions the United States will not boycott the Women's World Ice Hockey Championship on home ice after they reached a last-ditch agreement with USA Hockey.

The team had threatened to refuse to participate in the event, due to begin on Friday (March 31), following a dispute over wages.

USA Hockey and the players have confirmed, however, in a joint statement that the situation had been resolved.

The national governing body claim the deal will provide "groundbreaking support" for the women's team.

Along with an agreement over pay, the deal will also see more marketing, promotion and fundraising for the women's side.

One of the team's main concerns was the fact the organisation only paid each player $6,000 (£4,800/€5,600) for the six-month training period prior to the Olympic Games.

In a bid to bring gender equality to the body, the women's side will be paid the same level of travel arrangements and insurance coverage as the men.

The governing body also revealed they would establish a women's high performance advisory group of former and current players from the US women's national team programme, along with volunteer and staff leadership.

"We stood up for what we thought was right and USA Hockey’s leadership listened.

"In the end, both sides came together.

"I’m proud of my teammates and can’t thank everyone who supported us enough.

"We can’t wait to play in the World Championship later this week in front of our fans as we try and defend our gold medal."

Concerns had been raised last week when the impasse between the two parties continued after they failed to strike a deal during 10 hours of talks on March 20.

Both USA Hockey and the players claimed progress had been made but no agreement was reached.

It forced the organisation to look elsewhere in search of players in order to avoid the embarrassment of failing to field a team at their home World Championship.

They were rebuffed, though, by the vast majority of the professional and and college players who they asked to step in.

"Today reflects everyone coming together and compromising in order to reach a resolution for the betterment of the sport," USA Hockey President Jim Smith said.

"We’ll now move forward together knowing we’ll look back on this day as one of the most positive in the history of USA Hockey."

The hosts, who have won the last three titles, are due to play Canada in the first game of the tournament at the USA Hockey Arena in Plymouth on Friday.